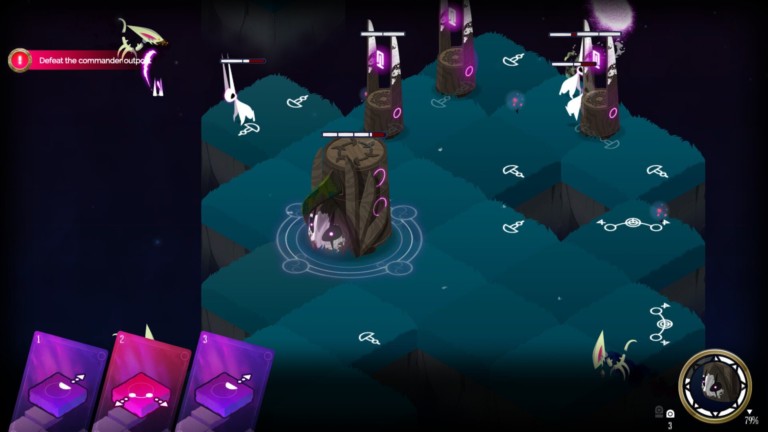 Spirit Oath, currently in Early Access, is an already promising distillation and simplification of real-time strategy to its core elements.

At the same time, it’s more than a simplification; developers Triangle Square innovate, as well, adding board and card game elements. 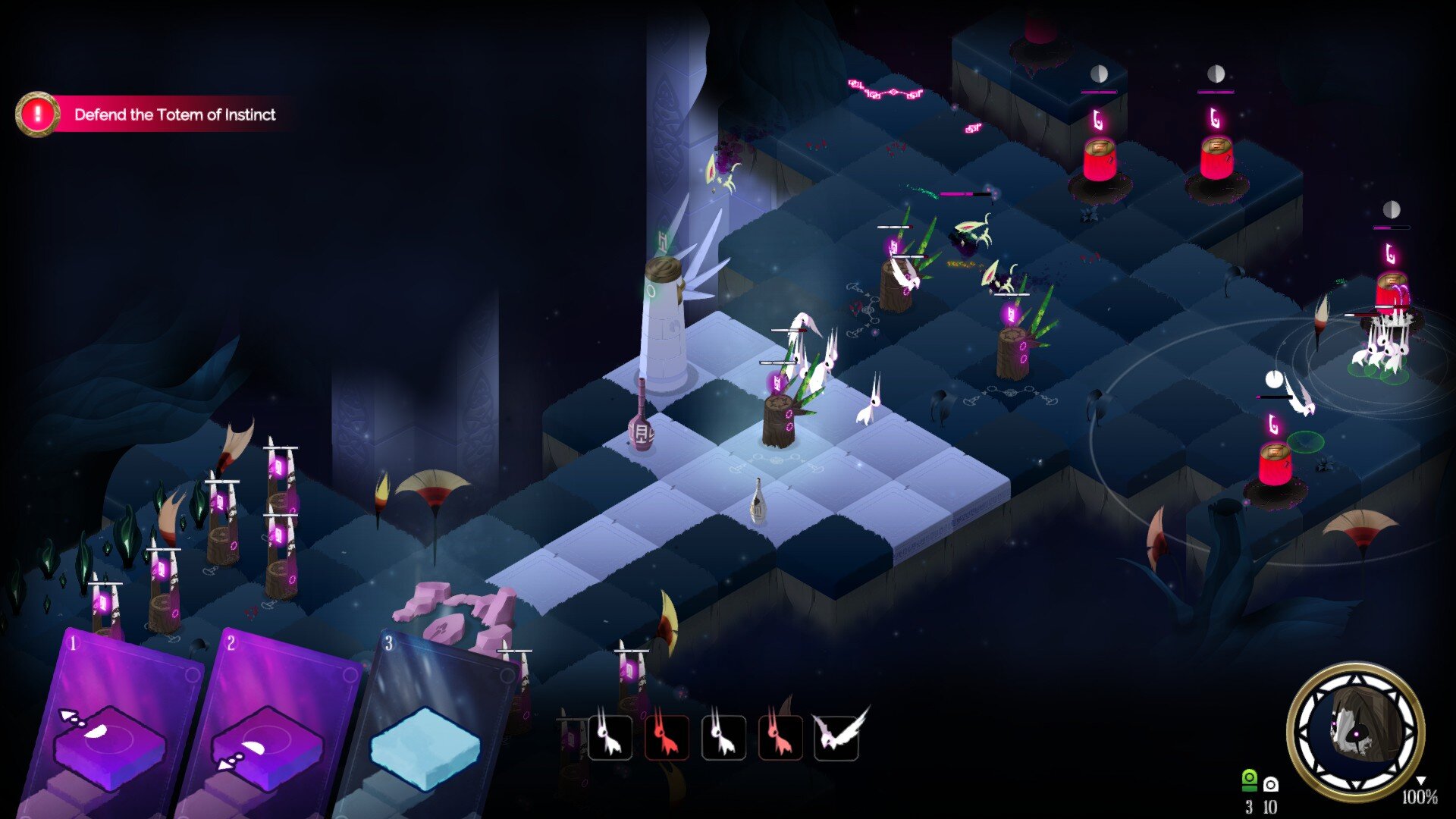 The core mechanic is simple: you build your game board as you play, choosing from one of three random tiles each turn to lay down as you expand from your base.

Combining tiles according to their energy flows – represented by directional arrows – creates totems, which generate your units, represented as little spirit creatures like rabbits and birds.

As you progress, you’ll also occasionally draw “spell cards,” which have effects like raining fire down on your enemies in a specific area, rather than generating new terrain tiles.

Easy enough, except that there aren’t “turns,” per se, so you’re laying down your terrain tiles as fast as you possibly can while also trying to manage all of your units at once.

And, of course, your enemy is doing the same thing, sending hordes of little skeletal ghost rabbits to chew away at your totems and destroy your base. 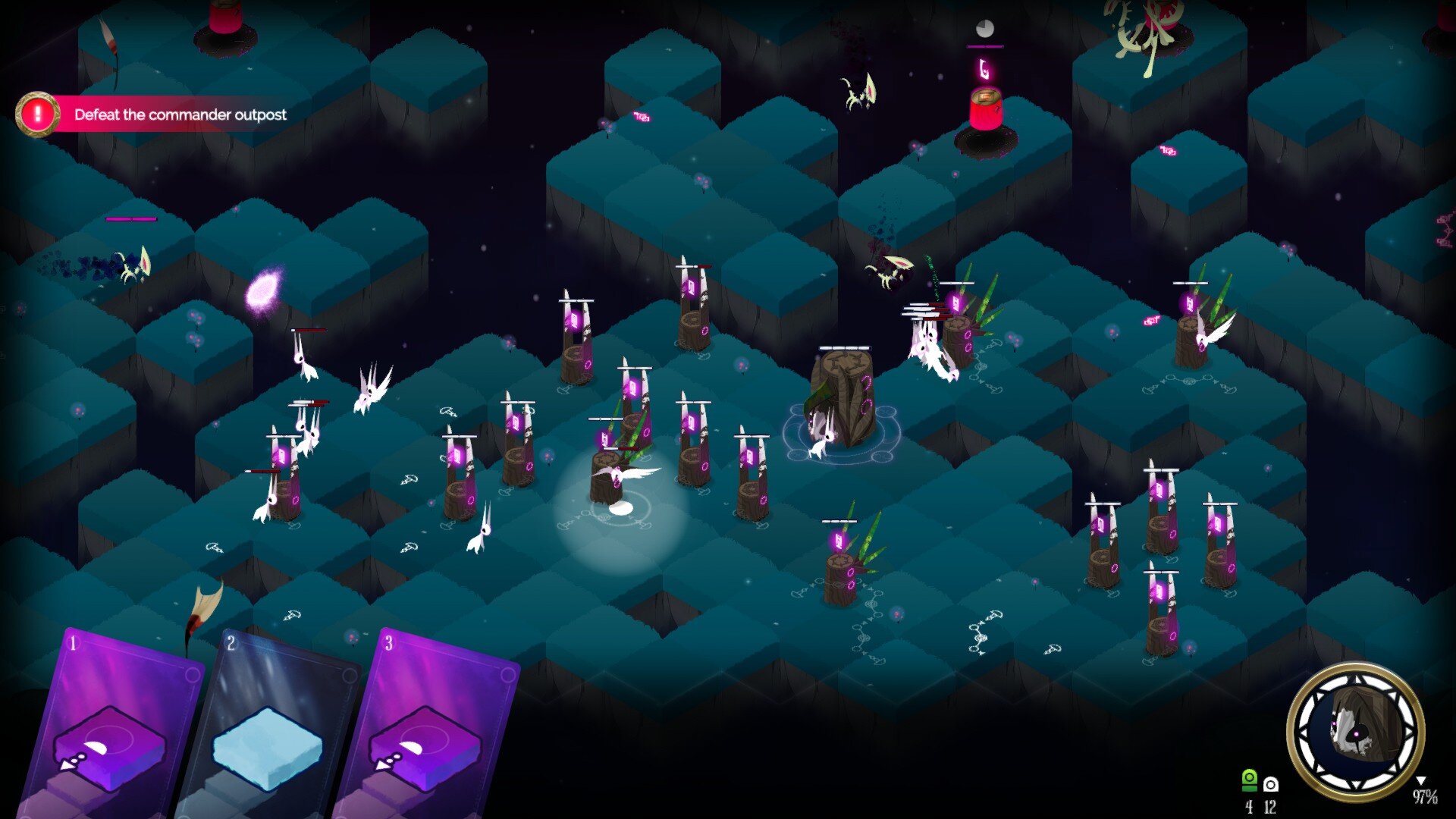 Spirit Oaths and Other Swear Words

The result is a game that wants you to be thoughtful but barely gives you time to think. And for all the sylvan mysticism it wraps itself in – the connecting narrative concerns a forest spirit rediscovering her powers and her role within nature – Spirit Oath feels less a series of meditative moments than a state of constant desperate scrambling.

If you’re the kind of person that loves the RTS genre for that moment of panic as you try and herd all of your metaphorical cats into position to emerge victorious at the last possible moment, Spirit Oath is the game for you.

I found the difficulty curve to be a bit much, and some levels more frustrating than fun. The rising panic the game brings on meant that I could only manage to play in short bursts before I’d have to take a break to let my heart rate come back down.

That said, the moment of figuring out a particular level is incredibly gratifying, and much as I loathed the “Serenity Isle” level in particular while I was playing it – never has an isle been less serene – I was overjoyed when I finally managed a set of tactics that worked. 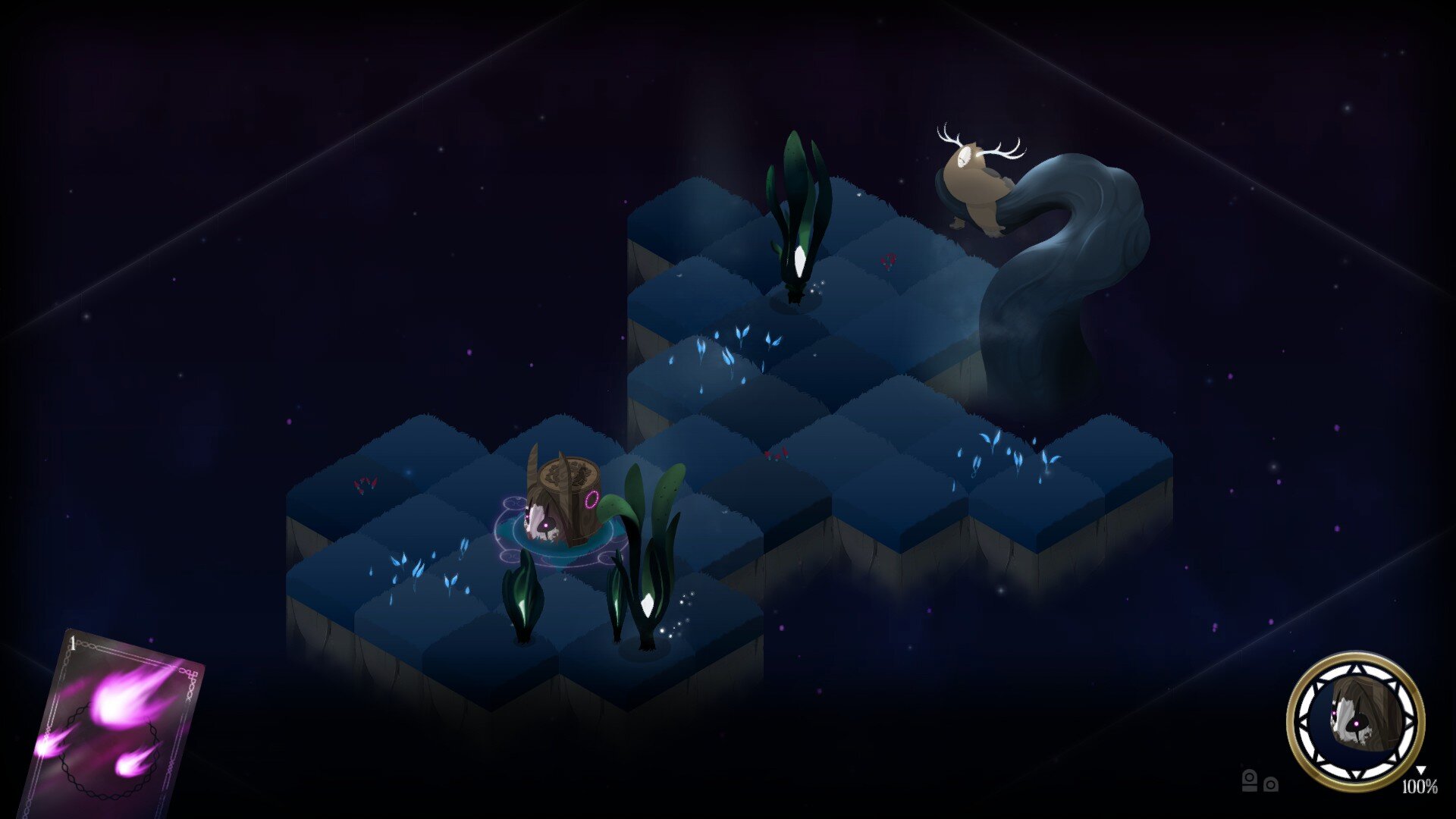 Song to the Spirit

It’s sometimes frustrating, but Spirit Oath is also consistently beautiful. Graphics – from tiles to the ghostly rabbits and their sinister, skeletal counterparts – are simple enough to be easily recognizable while still being distinctive and unique.

And the music is wonderful, combining strings with soft ambient vocals to perfectly evoke a sense of woodsy mysticism perfectly suited to the game’s themes. (If you’ve seen Eddie Izzard’s Stonehenge bit, you’ll know what I’m talking about.)

I did have a slight quibble with the narration in that its sing-song delivery goes from twee fairy tale delivery to mocking after hearing it a few times, but that could just be me projecting. An option to skip it would be welcome, however, especially for those levels that took me more than a dozen attempts to beat. 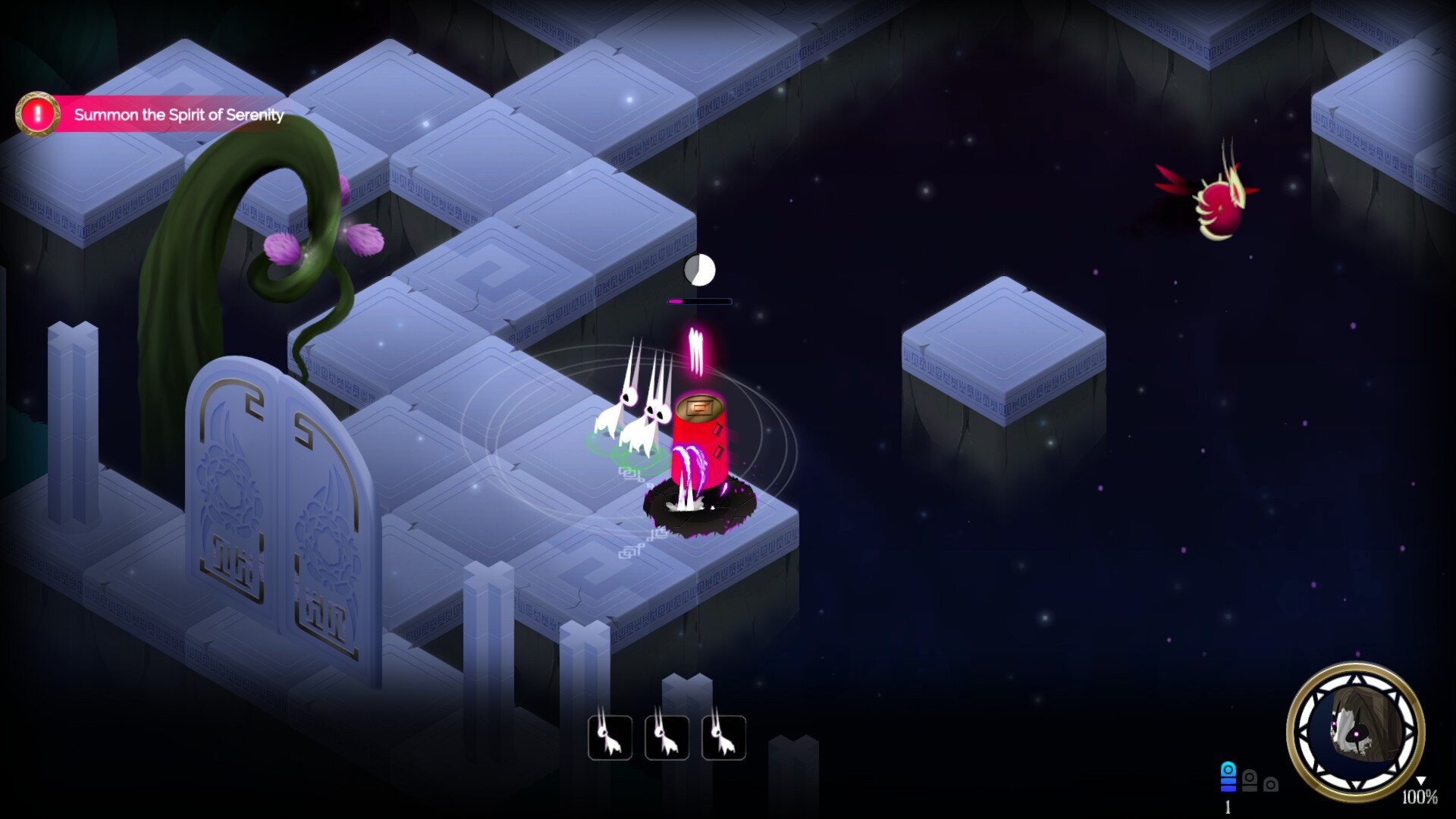 A few other changes the developers might want to consider for Spirit Oath include some hotkeys to make unit management easier – let me select the birds or the bunnies, not both, even if they’re all huddled in the same spot – and a more gradual difficulty curve.

Presumably Triangle Square will address these kinds of issues as the game makes its way through Early Access. In the meantime, it’s already a distinctive new take on real-time strategy.

I’m not good at Spirit Oath, and I might not ever be, but I’m still really impressed with it.

Spirit Oath is available in Early Access via Steam.

Check out the official trailer for Spirit Oath below: 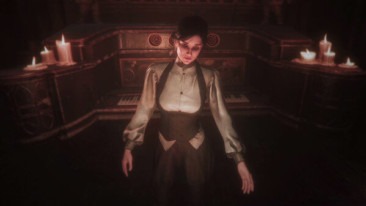 Maid of Sker Review – Holding Your Breath in a Horrifying Hotel 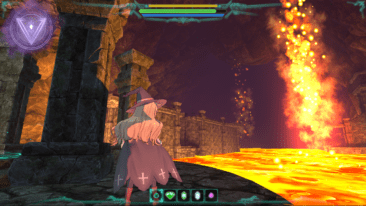