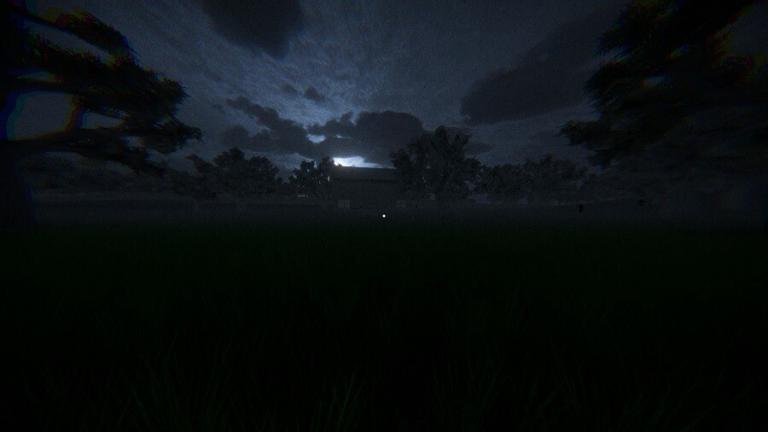 Trespasser 2 is a first-person horror game that puts us in the role of a protagonist set on breaking into a house and murdering its – apparently evil – occupant. If this sounds like a stealth game placing the player in a position of power, think again; Trespasser 2 is built more around fleeing or hiding while praying the supernatural foe will lose interest; he doesn’t take kindly to intruders, it seems. Coupled with a mystery surrounding a mystical scroll and the occupant’s ability to duplicate himself, Trespasser 2 sets the stage for a break-in like no other.

Creeping up on You

I will confess that I found the advertising for Trespasser 2 rather quaint: “Enter through one of two windows, lockpick either the front or garage door…the choices are yours to make!”

The scope of the game is indeed quite limited. It opens with the chance to explore the area around the house during the day. I actually found this preliminary (and safe) sequence somewhat ominous; the vast empty fields surrounding the lonely house give it a foreboding atmosphere. The game has a strange graphical issue where trees will shift to a completely different branch configuration as you approach them; deliberate or not, this does add to the “safe but something’s off” vibe this part of the game exudes. 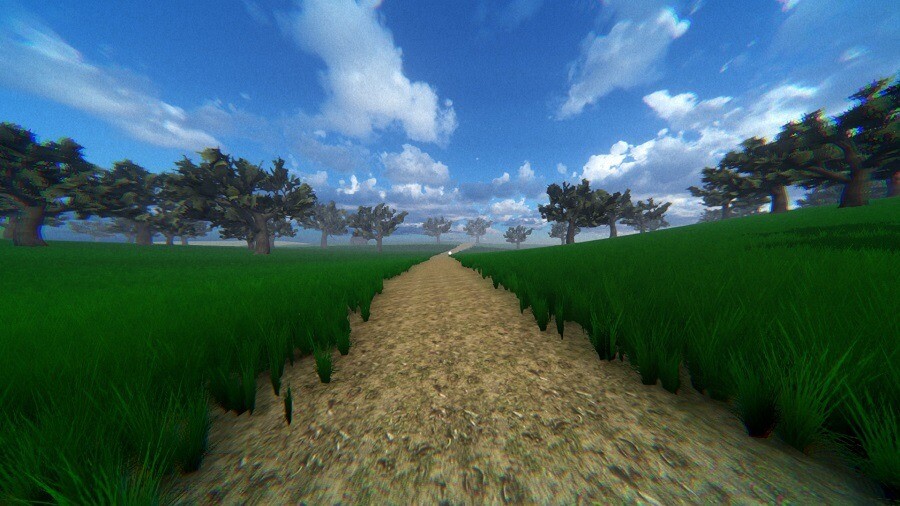 Once the tutorial is complete, the game shifts to night, and the real action begins. I must admit that for some reason I did find the daytime section more unsettling; perhaps the darkened setting is just more predictable horror fare. That isn’t to say it doesn’t pack some scares, though! My first effort to get into the house led me to the roof, where I ended up in a bit of a staring contest with the target through the upper floor window. He can’t access the roof – the game tells you as much – but it was enough to set up the threat. As soon as I left the roof, he came sprinting down the stairs to chase me. Much of the game involves fleeing the dead-eyed man across the fields until he loses interest. If he catches you, he’ll cut you down.

Just Me and My Shadow

With each death, I found the man had duplicated himself at least once, sending a shadowy version of himself outside to patrol the fields. Trespasser 2 is built around finding clues, keys, and items while avoiding these figures and uncovering a way of killing the occupant.

Weapons can be found that even the odds a bit; they can be used to stun-lock the target for a short time and deplete his health. You still have to be ready to flee, however, as he goes into short periods of invulnerability when he can once again attack (and instantly kill you). I found this combat a little tiresome, but it remains creepy enough as the enemy never loses his menacing power. 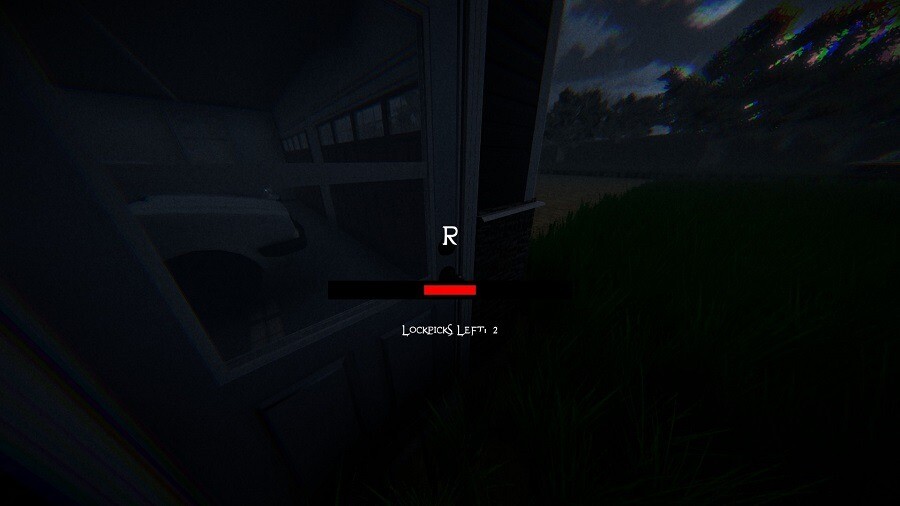 The music of Trespasser is simple, jumping between an ambient background theme and a horror track to indicate that the enemy (or one of his clones) has detected you. It’s an old trick, but it still works. The visuals can only be called flawed; from the aforementioned glitches to the rather basic design of the game world, everything is adequately presented and nothing more.

That being said, the design choices work rather well; the threatening figures of the occupant and his clones are always jarring when they catch you, and the lonely fields of trees surrounding the house help craft a creepy setting.

Trespasser 2 is a short but punchy horror game that tasks you with exploring a small area for information and clues about a supernatural power at work behind the scenes. Collectables add additional replay value and the challenge is sufficient to pull you back for another go after being brutally stabbed for the umpteenth time. If bite-sized horror appeals, then Trespasser 2 is worth checking out for your next adrenaline rush.

Trespasser 2 is available via Steam.

Watch the trailer for Trespasser 2 below: 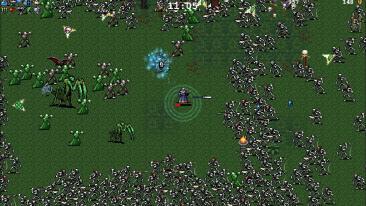