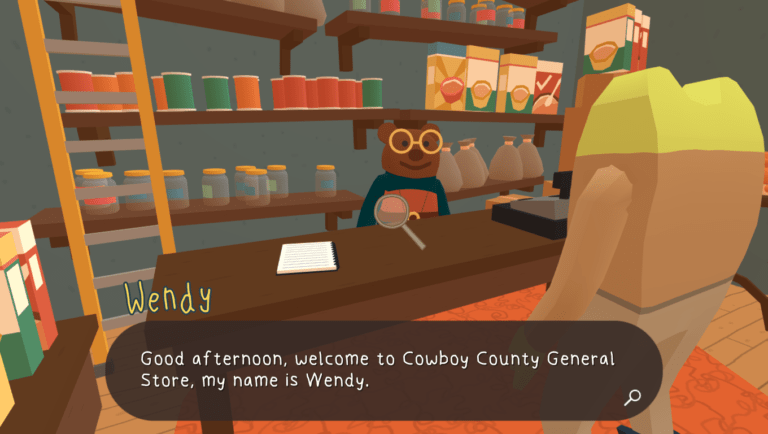 Someone has stolen all the hats in a small Western town. In Frog Detective 3: Corruption at Cowboy County, it’s up to The Detective, who is also a frog, to uncover the mystery of the missing hats. Figure out who stole them, and – more importantly – why. 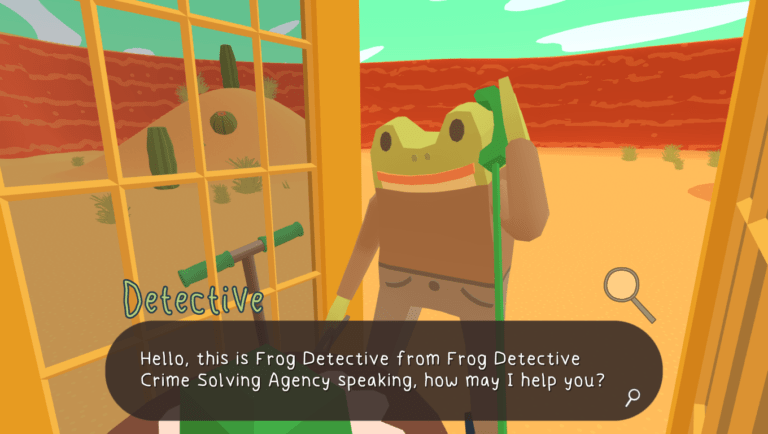 When arriving in Cowboy County, Lobster Cop tasks The Detective with finding a list of items to solve the case: a crime scene map, a tool that could have been used in the theft, a key, and a meal fit for a detective. In order to get these items, you’ll need to talk to the townsfolk and do favors for them: things like collecting cactus fruit or finding a fake ID so an anthropomorphic bunny can break into a bank.

The game is filled with unique characters to interact with. The game does a good job of making each one you talk to interesting. I felt engaged throughout, curious to learn more about them and the mystery of the missing hats.

The game doesn’t take itself too seriously. Many themes are light and rely more on humor than anything else, making for a wholesome experience. Frog Detective 3’s humor is shown via character dialogue and silly situations, which fits the game’s whimsical tone perfectly.

As mentioned before, a lot of the game relies on talking to townsfolk and getting items from them. Gathering items leads to acquiring other useful items. Mechanically, the game is simple by design. It doesn’t take longer than two hours to finish.

But its simplicity may be a turn-off to some because there isn’t much detective work going on here. The player is not tasked to think critically or solve puzzles. The game is relatively straightforward. It’s not a knock against the game, but don’t go into it expecting something different.

The big thing I haven’t mentioned is that I didn’t play the first two games in the series, so I had no prior knowledge. Besides the very start of the game, I wasn’t confused or lost as to what was happening. The game for the most part is a self-contained experience, so it’s perfect for someone like me who’s experiencing a Frog Detective game for the first time.

Visually the game is simplistic. Many textures are just solid colors. NPCs don’t make facial expressions while talking. It’s not very complex but fits the game’s humor and lighthearted vibe well. The big-eyed NPC faces with their blank stares made their dialogue more humorous. 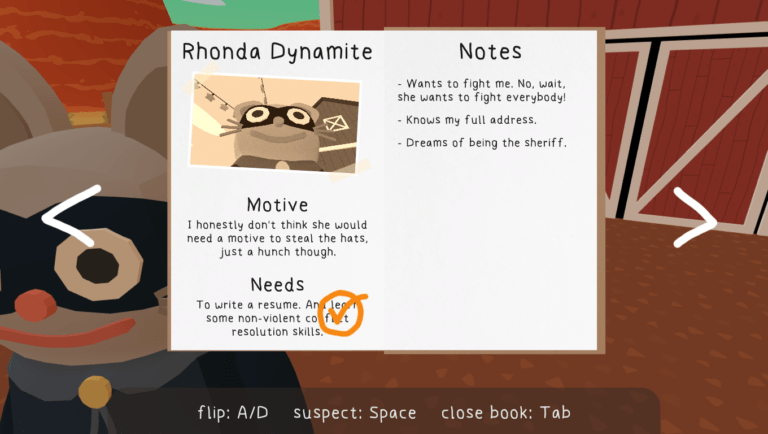 Music in the game is wonderfully woven into the experience. From the happy Cowboy County tune to the more Twin Peaks-inspired track at the beginning of the game, the music helped make Frog Detective 3 feel more like a noir-inspired experience as well as a lively Wild West romp.

I’d say that I was pleasantly surprised to see that the game is focused on providing a bite-sized, narrative-driven experience. Frog Detective 3 is simple by design and perfect for someone looking for a more relaxing, fun time.

Frog Detective 3: Corruption at Cowboy County is available via Steam.

Check out the official trailer for Frog Detective 3: Corruption at Cowboy County below: 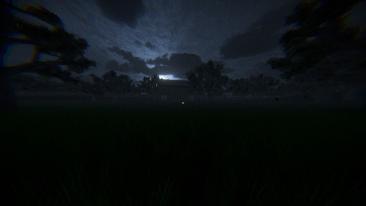