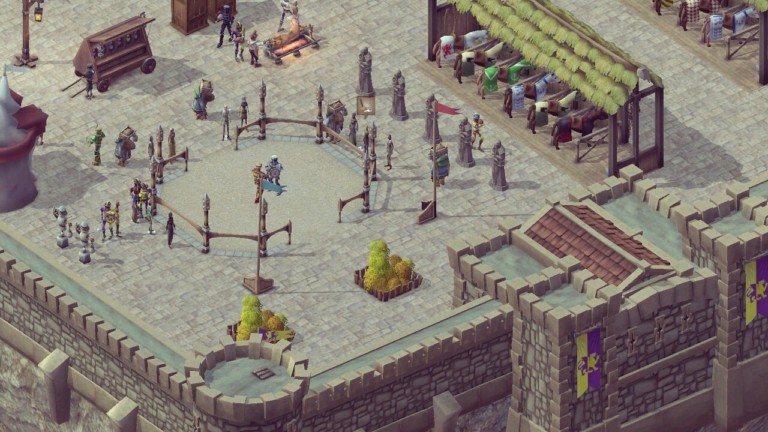 Tourney is a charming simulation game in the style of classic management titles like Rollercoaster Tycoon or Theme Hospital. Choosing traditional medieval tournaments as its setting, Tourney offers a more diverse approach to management which tasks you not only with organizing the events themselves but also with the success of your own household knights.

A Knight out on the Town

Tourney comes with a short campaign, a single scenario, and a sandbox mode. The campaign does a good job of introducing the basics, operating as a kind of extended tutorial that provides an overview of the various key features. This is all framed by a comedy narrative that, while not especially engaging, does serve as a pleasant background for the tournament building shenanigans. 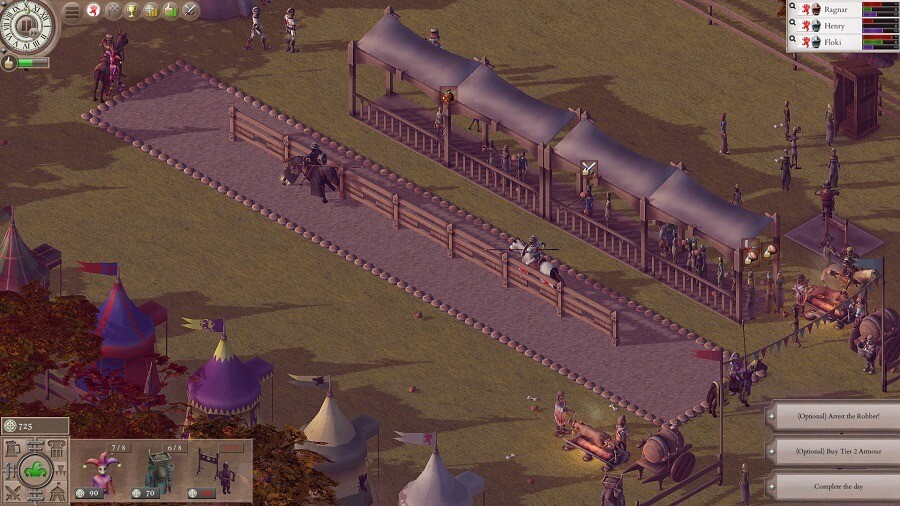 Building a thriving tournament requires several basic structures and a certain amount of good sense in prioritization. Knights must be invited and events must be established to provide entertainment for the visiting audiences. These events range from jousting to melees and archery, each with their own nuances and – admittedly rather basic – mini-games. Once these are set up, it becomes necessary to find ways to draw coin from the peasants; this involves setting up stalls across the tournament such as hog roasts, beer kegs, and souvenir-producing blacksmiths. It’s all very wholesome and atmospheric; I found it quite absorbing.

Once everything is set, you can get the events underway and watch the knights get to work. Knights from your own household may participate and they level up as they take part, allowing you to select which skills to upgrade. I found this to be quite a fun addition that adds another angle to the challenges in Tourney. There’s something delightfully cheeky about organizing events and placing your household knights in optimal positions for their skillsets. 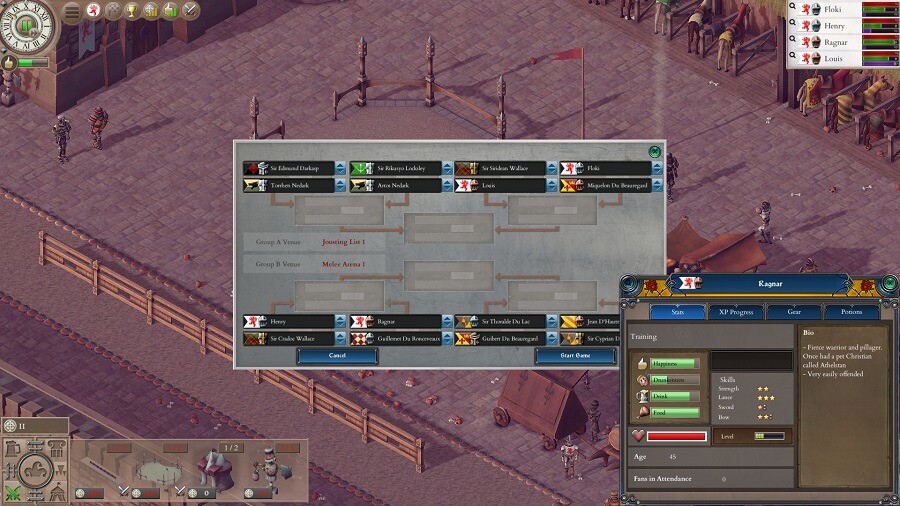 Oh, What a Knight

Once everything is in place the tournaments will tick along nicely. Keeping the audiences happy is an ongoing challenge with the weather and various factors such as litter causing downswings. These can be mitigated with appropriate buildings or by hiring cleaners, respectively. There are a couple fun little spanners the game likes to throw into the works, such as thieves stealing from the various stalls at the events; there are built-in solutions to these problems that add a little strategy to laying out the tournament.

Tourney has some appealing visuals and a generally quite gentle aesthetic that conveys its medieval setting nicely. I did find the adjustable camera angle could show some strange distortions of the various structures when viewed lengthways, but this is a fairly minor issue. The music is suitably jaunty and helps to ground the game in its setting. 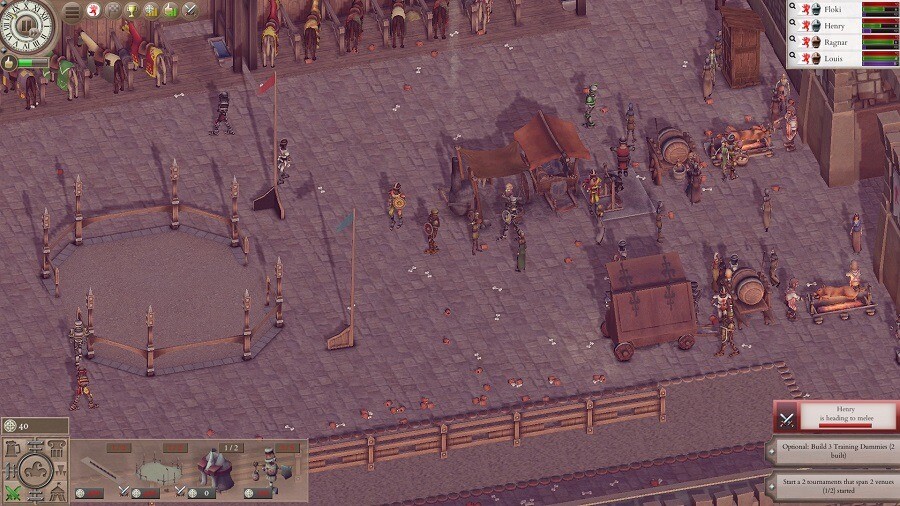 Tourney is a fun little simulation game for anyone who enjoys the medieval setting and wants some light fun with a cheerful tone. I did find that I burned through much of the game’s content quite quickly, and once you learn the ins and outs of the various buildings. the tournaments become quite straightforward to manage.

There are some sweet little pop culture references here and there for fans of A Knight’s Tale or The Princess Bride and that disarming, humorous tone runs through Tourney. Despite its shortness, Tourney is easy to recommend for fans of the simulation genre keen to get their hands on a solid management game that calls back to the classics.

Tourney is available via Steam.

Watch the official trailer for Tourney below: 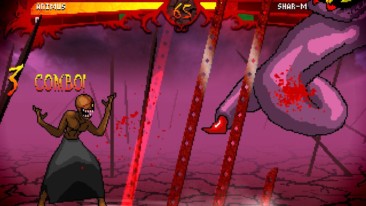 The Black Heart Review – The Wheel of Pain is Turning 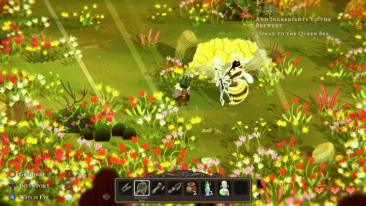 Wytchwood Review – A Cauldron Bubbling with Crafting and Charm