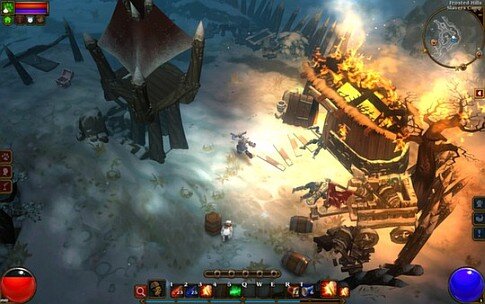 Torchlight II captures all the flavor and excitement of the original game – while expanding the world and adding the features players wanted most, including online and LAN co-op multiplayer. Torchlight II is fast, fun, and filled to the brim with action and loot. Adventure solo or online with your friends!

Some say that for every decision you make, there is an alternate universe where you made another. This holds true for every event that ever happened, ever. If a piano falls on your head tomorrow, don’t worry. There are nearly infinite numbers of universes where it doesn’t. Or maybe it does, but you don’t care, because in that universe dinosaurs never went extinct and you’re a 14-ton triceratops with thumbs*. In one of those universes, World of Warcraft died in committee. Instead, Blizzard decided to build off of the success of Diablo II by changing the art style, adjusting the multiplayer, and basically just taking everything that was good about that game and adding more. Torchlight II is a glimpse into that universe, sans dinosaurs. Not terribly surprising given that two of the developers were behind Diablo II.

The first Torchlight was compared to its spiritual predecessor in nearly every review, message board, and blurb on the web and in print. Understandable, and it withstood the comparison well. Torchlight II, given both its similarity and proximity in release to the latest entry in the D series, faces the same, but it’s more than capable of being judged on its own merits.

Three hours into the game I had to force myself to stop playing. Reviews don’t write themselves, and a pile of observations and finer points of interest slid past my writer’s inner eye as I clicked my way through the landscape. Loot lay ahead. There were parts of the map I hadn’t uncovered. There were monsters of all shapes and sizes just laying around, or meandering aimlessly, waiting for my gun slinging Outlander and loyal panther to gib them to smithereens. After the third encampment of vicious animal-men I slaughtered my way through, I began to idly think of the most recent game I’d played: Spec Ops: The Line. That game made waves for forcing the player to reconsider the morality of wading through hordes of enemies, killing everything on the screen. It’s an amazing piece of storytelling, and a good game in its own right.

I’m so glad I can just kill things and loot them, I thought. No offense, Spec Ops, but sometimes I want to be able to wantonly slay everything I see on the off-chance that they’ll drop a nice piece of gear without pondering the ethical questions that must surely arise.

As I ran through maps, hopping into dungeons I found along the way, picking up quests from strangers standing in haunted graveyards with the lack of caution engendered by a nearly-endless stack of healing potions, I was struck by how easy it all was. It wasn’t easy in the sense that there wasn’t challenge, because there was plenty of that. It was just easy to play the game.

I stepped into the shoes of Clint, my Outlander, and immediately knew I’d be wielding two pistols akimbo. I didn’t have to, though. I could’ve picked another class. There’s an Engineer, with a sort of steampunk feel. There’s a Berserker that I almost chose; a melee lunatic that appeals to me. An Embermage, your typical spell-slinging type, I wrote off as a glass cannon—not for me.

They didn’t get rid of the pets. That’s a relief. When you’re in the middle of a dungeon and you’re chock full of sellable junk, there’s your pet, ready to run to town, sell everything for you, and come back ready for more. Surrounded by monsters? No problem. Here’s your pet to tank for you, or to cast spells for you. Like having the best co-op player you can imagine.

And this time, your pet can be anything from a bulldog, to a wolf, to a hawk, to a papillon, the last perhaps for irony’s sake. I was looking for a Staffordshire terrier or a Rhodesian Ridgeback, but settled for a panther which I charitably named after one of my cats.

If the modding community from Torchlight is any indication, I have high hopes that I’ll be able to pick from any number of pets in the future. As was the case in the first Torchlight, the main purpose of the fishing minigame is to catch fish that, when eaten, temporarily transform your pet into one of the monsters in the game, with all of that monster’s abilities.

Playing Torchlight II felt like coming home again…to Torchlight I, which, in turn, felt like methadone to the heroin that was my five years of World of Warcraft. You can talk about “builds”, “DoT”, and “tanking” in Torchlight (read our two-hander review of Torchlight). The graphics are a colorful and cartoony.

Although there is a tremendous amount of variety between and within classes, they’re all what those of us who’ve spent some time on the skid row of MMORPGs would refer to as “DPS classes”.

Despite the admirable job Runic has done setting up the game to let players tailor their characters to any play style they’d like, the path of least resistance still tends to be using your pet to distract foes while you pummel (or blast, or zap) away at a target. Anyone who has played a hunter-style class in any other game will be immediately familiar with Torchlight II’s pet dynamic.

Like WoW for the dedicated introvert, Torchlight II includes so many of the mechanics that have come to dominate Blizzard’s flagship specifically and MMORPGs generally that it’s surprising how much you really don’t need the multiplayer. If, like Sartre, you believe that hell is other people, you have likely missed out on many of the most rewarding gaming experiences of the past several years.

Despite the occasional foul-mouthed tween or digital misanthrope, multiplayer gaming provides an experience that liberates the player from the need to babysit NPCs, dodge brain-dead AI wingmen, or shoot at mindless enemies as they march past, single-file, to the same spot of cover. Consequently, games that concentrate on multiplayer effectively require a certain level of cooperative play on the part of players who want to see the whole game. Essentially, if you want to check out the Underground Temple of the Deathless Archfiend, you’re going to have to bring some friends.

Torchlight II, as did its predecessor, avoids this by design. Your pet is a more-than-capable tank, especially when buffed with fish and gear, and does a fairly decent job of casting spells intelligently. Yes, you can teach your ferret to cast lightning bolts at enemies and to heal you. I, being a programmer, taught my panther to summon skeletons in combat, because the first step to understanding recursion is to understand recursion.

Within the myriad character development possibilities, there are many skills, enchantments, and items which allow you to incorporate an element of self-sufficiency, such as life-stealing effects and health and mana regeneration. And while it’s pretty difficult to make a character that isn’t a damage-dealer, it’s also not all that easy to make a character that’s truly a glass cannon. Even the Berserker and Embermage, which have the greatest potential to be a little squishy, are pretty hardy.

For my second character — not my second playthrough, because I’ve just barely scratched the surface of the game with eight hours in — I choose a Berserker. My Outlander has found some very nice claw weapons and stuck them in shared storage. It’s like getting hand-me-downs from older siblings, except that, unlike the corduroy dungarees you got from your older cousin that ensured both your inviolable chastity and dedication to getting an after-school job, you’ll actually find that second (and third, and fourth) characters have a much easier time of it, benefitting from epic gear farmed by earlier characters.

Eventually I’ll take a look at multiplayer, which is a cooperative affair similar to Borderlands (and presumably Borderlands 2), but I’m not all that pressed. Why share loot with some poor slob I’ve never met? Or, for that matter, why share it with a friend?

I’ve already got an Embermage lined up for my third character (named Havelock, with a papillon named Wuffles, naturally), and will probably have an Engineer before the night is over. Torchlight II hooked me from the moment I started playing. Runic did everything that made the first game such an addictive experience but turned it to 11. If you liked the random dungeons underneath Torchlight, you’ll love the randomly-generated outdoors in the sequel. Did the spectacular score of the first impress you? We referenced Angelo Badalamenti’s score for Twin Peaks, perhaps mixed with Jean Michelle Jarre. The sequel boasts an airy, haunting orchestral score courtesy of the Slovak National Symphony Orchestra.

If you can stop playing the game long enough to notice the music, the artwork, and the voice acting, it becomes clear that Runic pulled out the stops to make Torchlight II pleasing to the eyes and ears as it is fun to play. At every level, in every category, Runic delivers an experience that raises the bar for all developers, indie and otherwise.

Torchlight II has the good design sense to get out of its own way, creating a game world that’s easy to explore, that challenges without frustrating, and that rewards perseverance without requiring devotion. It’s not only able to stand against that other ARPG that begins with a “D”; it’s more than capable of surpassing it. In that sense, Torchlight II is a victory for indie studios—and gamers.

Get Torchlight II on Steam

*Avid readers of Terry Pratchett’s Discworld series may be familiar with a flaw in this logic (see Death and What Comes Next< ), and will also appreciate the use of footnotes. 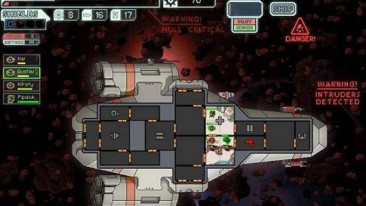 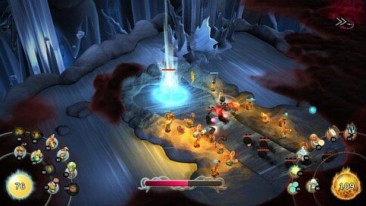