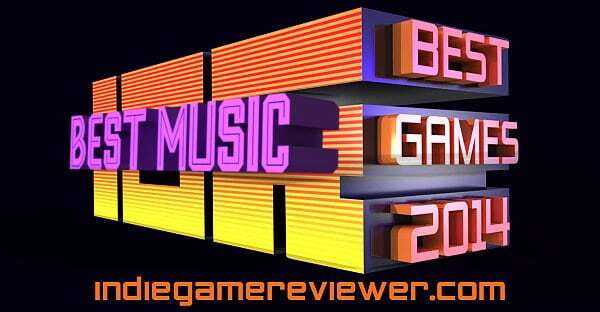 by Jon Everist
“This synth-infused cyberpunk throwback recalls everything from KMFDM to the original Dr. Who theme and at times, like with track “The Flux State,” the darker side of the overly referenced Blade Runner soundtrack from Vangelis – themes like “Blush Response.” Then there is the funereal piano and cello arrangement to Glory’s theme that represents that character’s mysterious traumatized undercurrent, wrapped in outdated chrome plating. Mesmerizing. I really enjoyed the gloomy, techno-inebriated crawling specters of this production. A standout.” ~ Indie-Game-Freak

9. Dungeon of the Endless

by FlybyNo
“Drawing on everything from classic video game scores to the moody atmosphere of electronic musicians both classic (Tangerine Dream, Brian Eno) and contemporary (Future Sound of London, Pete Namlook), the soundtrack to this dungeon crawler-meets-tower defense is far more than the sum of its influences, conjuring the moody, otherworldly paranoia of being trapped underground in a crashed spaceship and under attack from alien lifeforms with a terrific minimalism.” ~ InfinityWaltz

8. The Vanishing of Ethan Carter

by Mikolai Stroinski
A vivid and lush orchestral score by the same composer that did the Danny Elfmanesque Mousecraft and the esoteric Witcher 3, Stroinski creates a haunting contemplative mood for the dire tale unfolding in the otherwise lovely countryside for the troubled world of Ethan Carter. ~ Indie-Game-Freak

by Jake Kaufman
“With over 47 tracks, anyone who spent countless hours with the difficult platformers of the 8-bit era is going to find something that brings back memories of a golden gaming age. Whether you’re checking out the wares in the nearby village or waging war in a boss battle, the score is excellent. In fact, finding all of the tracks hidden within the levels is one of the more enjoyable aspects of the game. Chiptune soundtracks may be fairly commonplace in retro gaming, but these are some of the most solid and nuanced in the genre.” ~ Adam “Callabrantus” Fimio

by Luis Hernandez, additional production music by Phil Baljeu, Troy Morrissey, Dan Rodriguez
“The Jazzpunk soundtrack reminds me of a solo/side project from one of the people in Can. Not necessarily Holger Czukay, but any one of those guys.” ~ InfinityWaltz

“I would pay $200 for this on vinyl. It’s like some Sergio Mendez shit on bad Molly. Jazzpunk takes a huge departure from standard fare; it’s like Terry Gilliam exists in the gaming universe. How lucky are we? You can’t fake this kinda thing – you either have it or you don’t.” ~ Indie-Game-Freak

by N.J.Apostol
“This ever so delicate ambient score humbly lifts this already complex narrative to another level, drifting at the edge of consciousness and memory, insight and uncertainty. Beautiful and complementary rather than attention-stealing.” ~ Indie-Game-Freak

by Patric Catani
“What begins with a few chiptunes suddenly transforms into the true spirit of the game: imagine Ween as special guests on The Muppet Show circa 1970. No, actually imagine Ween as a special guest on Peter Jackson’s “Meet the Feebles,” but set at a beatboxing competition in Brooklyn judged by The Mothers of Invention.

BONUS TIP: If you do just one thing today, listen to the track “Secret Area” from the playlist below:

by Austin Wintory
The traditional but grandiose approach Austin Wintory took with the Banner Saga soundtrack—complete with performances by the Dallas Wind Symphony and Icelandic choral singing by Peter Hollens, Johann Sigurdarson and YouTube sensation Malukah—is the perfect enhancement to the cel-shaded animations of this Norse mythology-inspired tale of a dying world. ~ InfinityWaltz

by Darren Korb
“This one is more than a soundtrack – it is a complete universe filled with its own hit songs, tragedy and loss, hope and rebellion, rendered in a way that merges trip-hop with lush ambiance, narrative and Klezmer in a wholly unique way. It isn’t just one of the best video game soundtracks of 2014, it’s one of the best music releases.” ~ Indie-Game-Freak

by Scoring Helsinki
“This exquisite fantasy RPG relies on ambient sounds rather than a soundtrack to give it an audio sense of place during ordinary gameplay, but the lush orchestral sweeps and swelling horns of the main introductory theme help establish the mood, while orchestral bombast laced with jack-hammering timpani and ominous choirs ratchets up the tension during difficult boss fights. “ ~ InfinityWaltz

by FlybyNo
“Hammered strings, dulcimers and sundry exotic percussion complement a lush orchestral score, referencing the various cultures that exist within the Endless universe with fleeting hints of everything from Medieval European and Celtic folk music to raga and Middle Eastern instrumentation and everything in between. We only wish they had taken it a little further and shown us something more alien, given the incredibly imaginative creatures that populate the game for which the music was made.” ~ Indie-Game-Freak

by Joel Corelitz
“Winsome and dreamy, this is perhaps the most contempo hipster of the fare on this menu. It carries a sustained intensity beneath a cloudlike reverie made of kalimbas, pan flutes, and sundry electronic pluckery. Endearing and soporific.” ~ Indie-Game-Freak 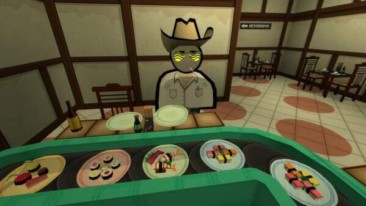 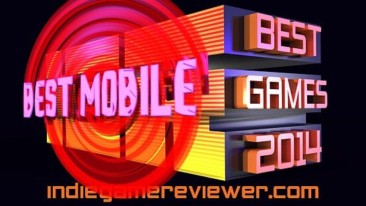