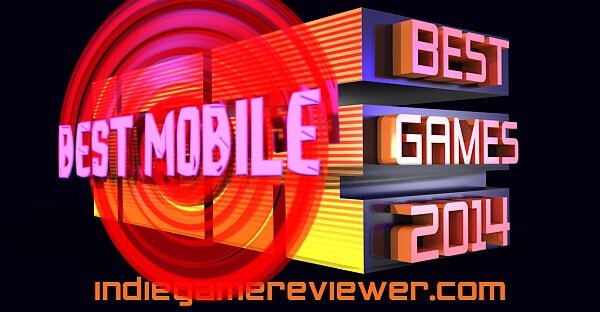 Indie Game Reviewer is happy to present a list of excellent titles for both iOS and/or Android. Though thousands of games are released each year, many tend to be mere clones of the big money makers, or are besieged by money-grabbing so-called “in-app purchases” or IAPs that tend to break up the flow of the game or often create unfair advantages for those willing to part with extra cash.

Then there are titles that are simply excellent games, typically optimized or developed or ported for mobile that feel natural, native even, on their respective device – have the right combination of pick up and play mechanics, clean and efficient design, and short play cycles that can extend into longer campaigns. The titles below represent many of these ideals and we have worked hard to filter through the slog to bring them to you in hopes that you will make better informed purchases. And have a lot of fun as a result.

Without further ado, we present:

by Ustwo
(iOS, Android)
A gentle semi-narrative puzzle game, Monument Valley features beautiful, surrealistic environments inspired by M.C. Escher. While the puzzles are fairly easy, the game more than makes up for that with its whimsical yet haunting sense of atmosphere. ~ InfinityWaltz

Get Monument Valley at Google Play

Get Monument Valley from the iTunes App Store

Rocketcat Games
(iOS, Android)
“Mercifully Certified 100% IAP-Free, this fantasy ARPG features procedurally generated random levels and six different character types with proprietary skills and gear. The graphics are retro but detailed, and the gameplay is frenetic and fun. There are minor quibbles here and there to keep it from ranking a little higher, but spent some time with this one in 2014, and the devs are still adding features.” ~ Indie-Game-Freak.

Get Wayward Souls at Google Play

Get Wayward Souls from the iTunes App Store

by Czech Games Edition
(iOS, Android)
An excellent adaptation of the beloved board game, Galaxy Trucker allows you all the fun of the original in quick, bite-sized chunks any time you wish. Incredibly polished, intuitive and clever in its presentation, this mobile version does the original proud. ~ HappyWulf

Get Galaxy Trucker at Google Play

Get Galaxy Trucker from the iTunes App Store

by Roshka Mobi
(iOS)
“A little reminiscent of Harvest: Massive Encounter, Stratega is a well-executed positional and resource-focused base defense game in a style rarely seen—node-based rather than lane-based.” ~ HappyWulf 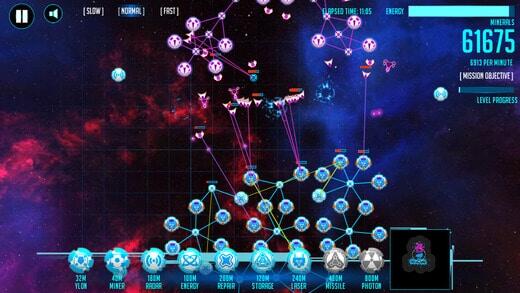 Get Stratega from the iTunes App Store

Simple Machine
(iOS, Android)
Lex is a word game with higher ambitions – using the letters you select to create kaleidoscopic patterns to match the understated pseudo-mystical music score also influenced by your actions. It’s easy enough for younger kids just learning to spell but can be set for word aficionados. A refreshing new twist within the growing genre. It just might make you a little smarter and mildly transcendental. ~ Indie-Game-Freak

Get Lex at Google Play

Get Lex from the iTunes App Store

Mika Mobile
(iOS, Android)
The follow-up to popular mobile RPG Battleheart, this game takes its predecessor’s blend of mobile-optimized real-time combat and character customization in a new direction with an updated 3D graphics style and a stronger focus on single-character play. With a much more intricate world to explore and a huge roster of over 150 unique skills, it’s even more mercilessly addictive than the original.

Get Battleheart Legacy at Google Play

Get Battleheart Legacy from the iTunes App Store

“Monsters Ate My Birthday Cake is a very well designed adventure/puzzler with enjoyable game-play and some humorous dialogue that should get at least a smile out of even the most cynical gamer. While the difficulty curve and aesthetic lend themselves to a younger audience, Monsters Ate My Birthday Cake still offers a charming adventure for those looking for a few good puzzles.” ~ Kit Goodliffe 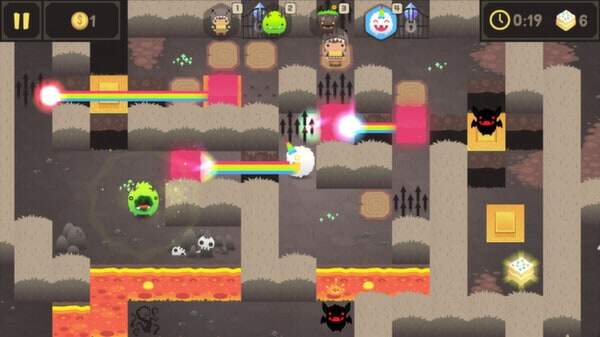 Get Monsters Ate My Birthday Cake at Google Play

Get Monsters Ate My Birthday Cake from the iTunes App Store

“While the rules of Threes! can be fully grasped within the first two moves, the gameplay is so deep that it can keep you busy for hours. That’s no small accomplishment. The elegant system is easy to learn and difficult to master, and I respect the developers for making such an efficient and enjoyable time sink. 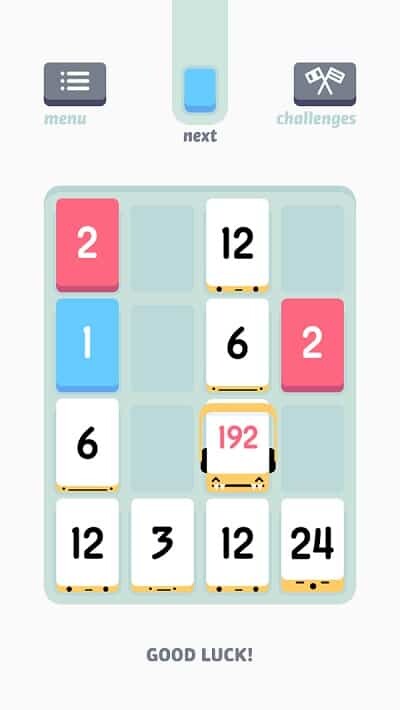 I also appreciate that Threes! is the rare mobile game that doesn’t nudge the player towards microtransactions. Threes! may lack the strong narrative that defines many of my favorites, but I played Threes! more than any game on this list, and that has to count for something.” ~ Eric Weiss

Get Threes! at Google Play

Get Threes! from the iTunes App Store

Loveshack Entertainment
(iOS)
A modular comic book that can be refactored to modulate the narrative to your dastardly aims. Don’t like how the tale is playing out? Simply rearrange the panels, and create an entirely new progression and outcome. A vast number of new tales await your manipulation.

Get Framed from the iTunes App Store

“80 Days is a breathtaking accomplishment in engagement and one of the best releases I have had the pleasure of undertaking this year. On the surface, it’s an illustrated Choose Your Own Adventure game. From a design perspective, however, inkle Studios gets so many things right: agency, design, replayability, interactivity. Beyond the mechanics, is it a minor masterpiece in writing and design that features an astonishing 600,000 words of original narrative after the recent new Arctic Routes expansion (included) – the equivalent of several novels worth of storytelling. 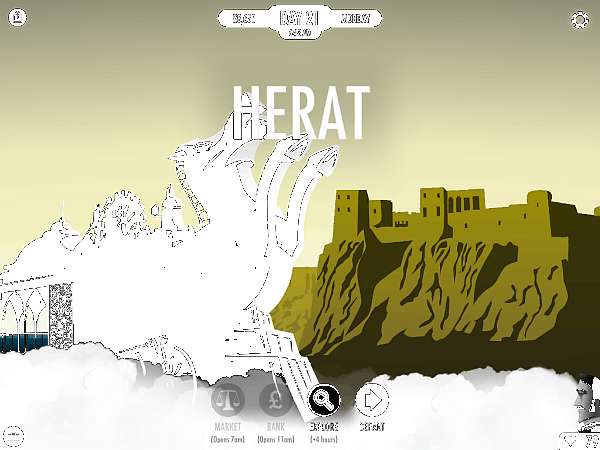 Beyond the eye-catching silhouette-based artwork, the exotic and layered atmospheric sound and music for the many different locations you will potentially visit, you can also see, on a map, the alternate routes that others are taking in realtime. 80 Days is not just one of the best indies to come along in 2014, it is one of the best games I have seen in several years, and I am proud to report I loved it long before even TIME magazine called it the game of the year on any scale.” ~ Indie Game Freak

Get 80 Days at Google Play

Get 80 Days from the iTunes App Store

Get Twisty Planets at Google Play

Get Twisty Planets from the iTunes App Store

by Donut Games
(iOS, Android)
A super tight Metroidvania platformer clearly inspired by Indiana Jones and the Temple of Doom. Standard UI-based left and right, jump and attack controls make navigation easy and somewhat constrained. There is a lot of detail and solid gameplay here, and though there is nothing overtly flashy about it, it is reliable platform gaming for wherever you may be with time to kill.

Get Traps ‘N Gemstones from the iTunes App Store

James Kochalka, PixelJam
(iOS)
From shock-humor comic illustrator James Kochalka and game design experimenters PixelJam comes a wacky side-scrolling shoot ’em up quite unlike anything else out there. If you are bored of the standard clones, Glorkian may not offer the ultimate gameplay, but it will sure offer a brand new flavor while doing it.

Get Glorkian Warrior: Trials of Glork from the iTunes App Store

Ironhide Games
(iOS, Android)
As reliably challenging and entertaining as ever, Kingdom Rush Origins expands on one of the finest mobile mini tower defense offerings on the market.

Get Kingdom Rush Origins from the iTunes App Store 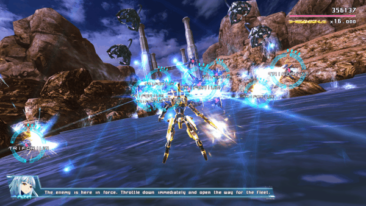 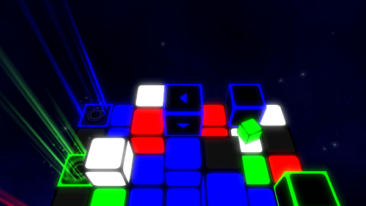