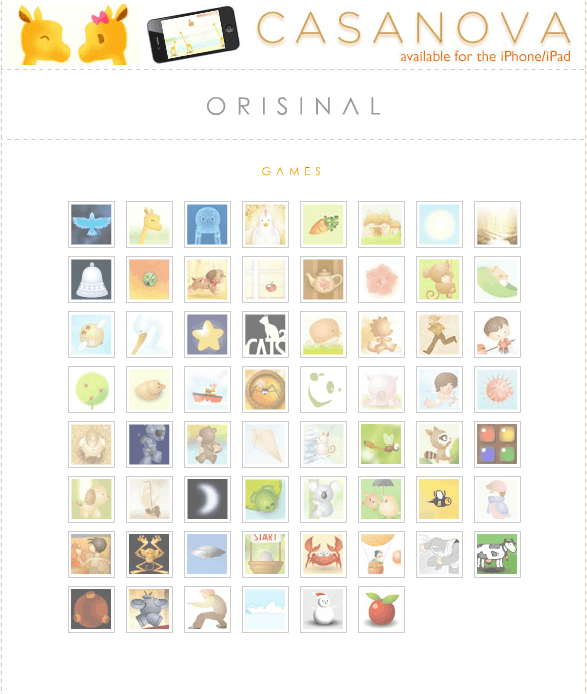 Ferry Halim, based out of Clovis, California is a father who spends much of his time in front of the computer devising some of the most delightful and enjoyable independently produced playable browser-based Flash games around. Started in the year 2000, his site Orisinal features some fifty-two beautifully rendered games that feel like a byproduct of a Hello Kitty store in Harajuku.

With titles like Pocketful of Stars and These Little Pigs, the latter which involves popping bubbles in order to stack animated piglets on top of one another, the games are simply gorgeous to look at and, despite their simplicity a joy to play.

Lest we gush any further and embarrass ourselves, we invite you to explore Ferry Halim’s little corner of the world and get lost in the land of Orisinal.

Note the games are Flash-based so you will have to manually allow Flash in your browser and bypass any other safety measure that may have been implemented since.

And Yet It Moves – Review