This game might be the most awesome thing since sliced bread; even a while after its original release, I am still thinking about it. The indie game scene is funny in that something that has years of history can be so below the radar that introducing it again can be fresh news to the majority. Isn’t that, after all, why we are here? To cast some light on the thousands of hidden gems in the dark mines and pathways of the metaverse? But we digress….

The basic concept in And Yet It Moves is not so different from other side-scrollers wherein you try run and jump your way through the levels except that here we find a crazy twist: you can rotate the whole world. That’s right! Up is down and left is right. You can’t fall to your doom, but you can still die. I played this game a couple years ago after seeing it on a list somewhere on the Interweb. The thing that got me hooked was how you can do your normal run and jump through the levels like Earthworm Jim, but you also control the world around you. For example, imagine you are running from a boulder and arrive at a cliff. You can jump off the cliff, rotate the world, and be standing on the side of the wall.

The game’s graphics are a love / hate thing with me. The level and the character look like they have been cut out of a piece of construction paper, a strangely popular design choice among many contemporary indie games, perhaps because it “breaks down the 4th wall,” and reminds it us that is the golden age of indie game innovation in much the same way that Nirvana’s Bleach album or early Mudhoney were anti-establishment and though they were excellent musicians, leaned towards the lo-fi to demonstrate that they were not bred of corporate money. But the background pictures are pretty to look at.

This game has won various awards at indie game events and was well liked by the guys at IGN (which we point out only because a large lens like theirs can help move a lot of units for a small indie game). The major drawback I have seen is that the version I played was only two levels long although it has since been re-released as a full-length. The music is very relaxing which can be good for an after work stress reliever. Recommended for anyone!

Check out the trailer for And Yet It Moves: 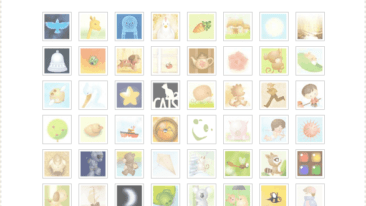