Nearly 40 years after its original release, Blade Runner remains a milestone of sci-fi. Easily one of its most iconic moments comes with the Voight-Kampf test, a combination retinal scan and personality test used to determine whether or not someone is, in fact, a Replicant android posing as a human.

It’s so iconic, in fact, that someone decided to make an entire video game based on the concept. What’s most surprising, though, is how well it translates.

As a corporate interrogation android, your mission is simple: use a series of questions and mental tests to determine whether your interview subject displays any aberrant behavior. Well, simple on paper anyway, as your means of interrogating your subjects become increasingly elaborate as the game advances. And that’s even before you get into the decision-making.

Silicon Dreams is captivating right out of the gate thanks to some incredibly strong writing. The personalities of each subject are memorable and compelling; even the tutorial has plenty of narrative curveballs for you to find.

Add in the fact that the interrogations always have multiple paths you can take, and it’s easy to get sucked right in. There were plenty of times where I thought I had everything figured out, only for one line of conversation to blow that completely away.

The other half of the game – deciding what to do with each subject after the interrogation – is just as deceptively simple. You fill out a report and then choose to either let them go, have them reprogrammed, or have them destroyed. Being as thorough as possible and making “correct” decisions earns you points (and new tech) from your employer…but at what cost?

Quite an Experience to Live in Fear, Isn’t It?

Through this combination of narrative and investigation, Silicon Dreams becomes a consistently tense experience. More than once I had to make a decision between what I personally valued and what I felt my employers wanted.

You can choose to try to lie, but the game informs you right away that your whole conversation is logged and scanned. Get caught lying enough times, and the corporation might just turn its sights on you.

It’s an experience reminiscent of Papers, Please, with that game’s nail-biting time limit traded for branching narratives and playing off your desire to know more.

If I had a nitpick, it’s that some of the elements end up feeling a bit superfluous. Things like the retinal scan and view of your subject are evocative of the game’s inspirations but ultimately don’t do much gameplay-wise, which feels like a missed opportunity.

Presentation-wise, the game captures its setting very effectively. Between the neon aesthetic and tense electronic music, everything works to immerse you in the investigations. It may not be the most standout part, but it enhances things as needed.

If you’re a cyberpunk fanatic like me – or just someone who appreciates great storytelling in games – this is a must-play. It’s a standout experience that shows just what interactive narratives can be.

Silicon Dreams is available via Steam.

Watch the trailer for Silicon Dreams below: 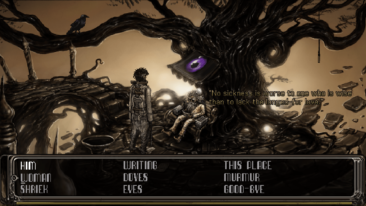 Strangeland Review – Welcome to the Dark Carnival of Emotions 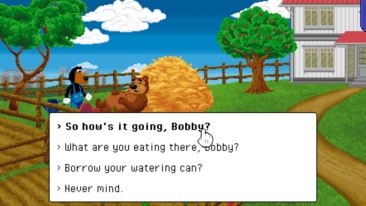