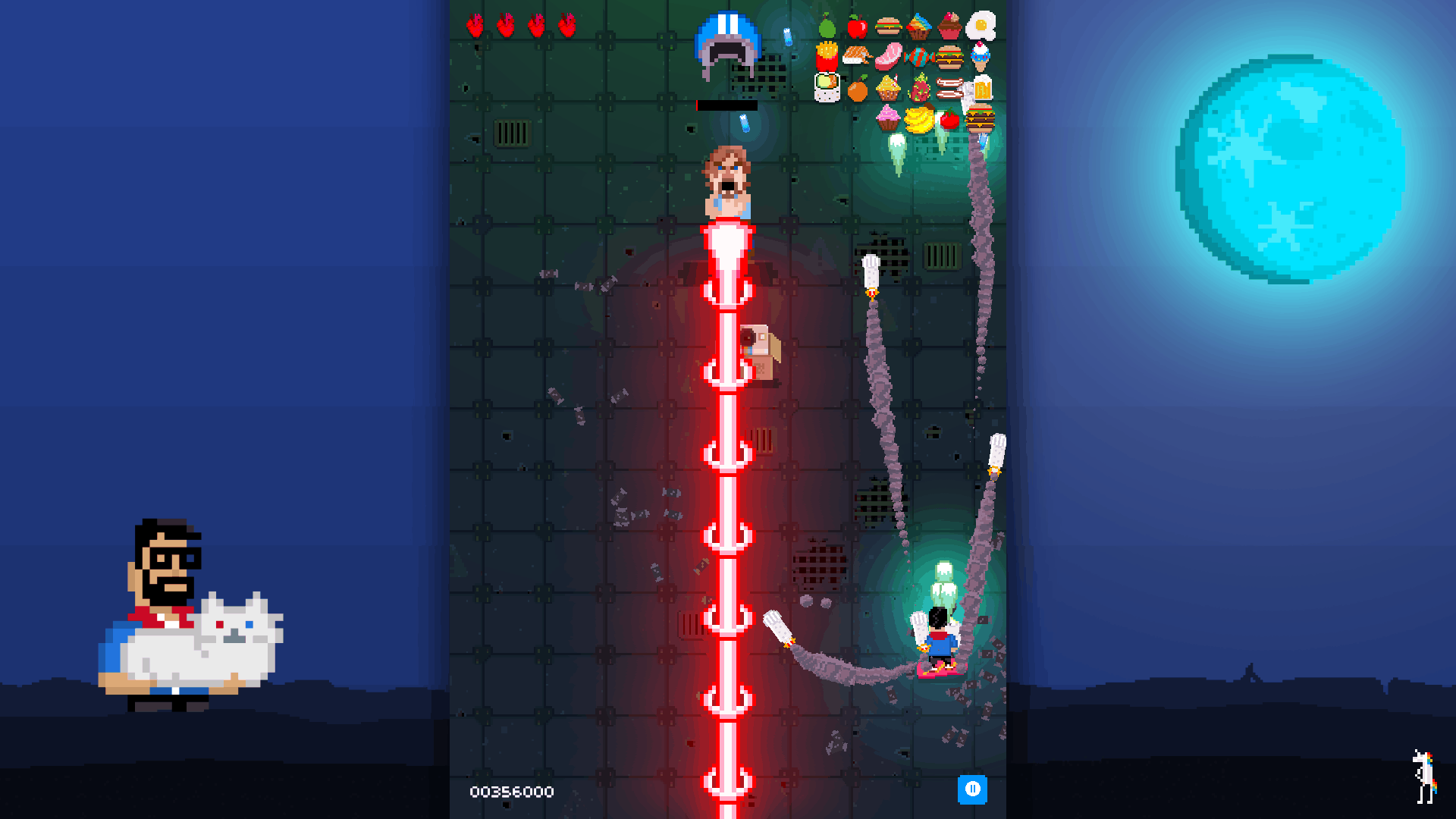 Shooting Stars! – What We Think:

Shooting Stars! is a manic bullet-hell developed by Vienna-based studio Blood Irony and published on PC by Daedalic Entertainment. It’s a sensory onslaught that leans on lame celebrity lookalikes and a liberal helping of memetic web culture to compensate for a sadly vapid arcade experience. 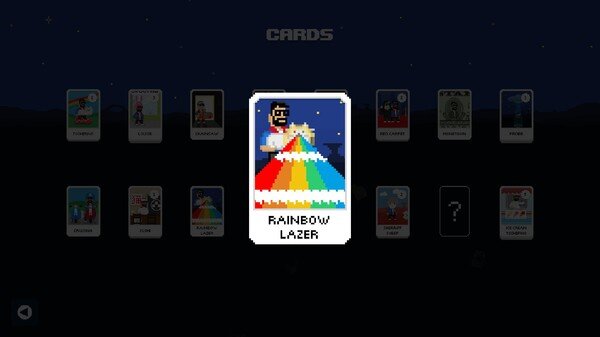 I don’t envy any developer that sets out to make a shmup/bullet hell.

It’s well-explored territory rooted in the origins of gaming. Titles like Space Invaders (1978) and Centipede (1980) set the bar for what gamers would expect from the genre for the rest of their lives. Though there have been plenty of memorable iterations throughout the years, action games have always relied on high fidelity gameplay and well-mapped difficulty. The goal being to deliver the player into that much sought-after “flow” state, where skill and difficulty are perpetually balanced.

With nearly three decades of history, anyone working in this space is going to struggle to create something new. Sadly, Shooting Stars! can’t seem to deliver on even the most basic requirements of an action title. The game’s mobile-first endless format deeply fails to balance tension and difficulty when moved to PC. I have a hard time even casually recommending it to fans of the genre. It’s a major failing for any game grounded in a tradition that typically has little else to offer.

I began my first run by choosing to use a mouse rather than the keyboard or gamepad. I quickly noticed that there was a brief delay between clicking and actually firing. After switching to keyboard controls, the delay was still there. I figured this was likely due to the fact that the game was designed for mobile, but even without being a die-hard shmup fan, I could tell this would make precision gameplay tough. Without the ability to time my shots, I decided to just hold down the fire button and hope for the best.

I managed to do pretty well despite the low fidelity controls; dodging shots, nabbing upgrades, and shooting through waves of enemies and bosses like “Kanye East” and “Justin Belieber.” I eventually succumbed to the final boss, Chuck Norris, but only after he had assumed his true form: a three-eyed alien. Spoiler warning, I guess.

Undaunted and with a better knowledge of the game’s “meta,” I gave it another go. Unfortunately, my second run never ended because I never died. Aided by an ultimate ability that allowed me to become invincible for about six seconds every 30 seconds or so, I managed to collect enough power-ups and health upgrades that I couldn’t be killed. I started racking up massive kill sprees that the game went to great lengths to celebrate with screen-shake and bright lights.

If the in-game UI is to be believed, the difficulty increases every time the final boss (again, three-eyed alien Chuck Norris) is killed. While I did notice an increase in the speed and frequency of enemies, it didn’t translate into a more challenging game experience. I didn’t feel any sense of achievement in mopping up wave after wave of enemies because they were dying almost as fast as their sprites were appearing. My patience ran out after 20 minutes or so, and I decided to move on. 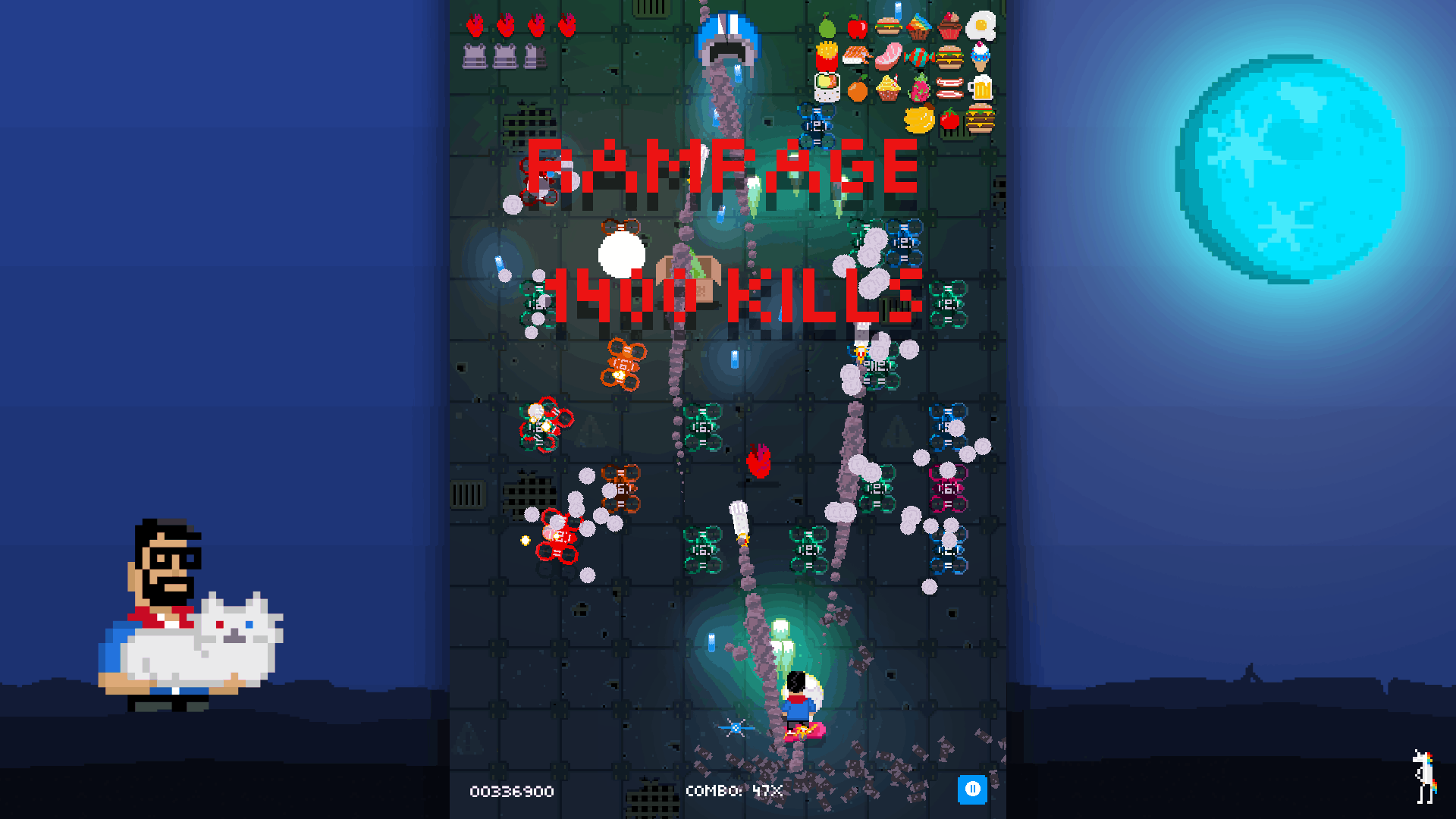 With almost all modern game development engines now offering cross-platform compatibility, it’s easier than ever to publish far and wide without worrying about the gameplay implications. It’s clear that Shooting Stars! was not meant to be played on the PC, and that the decision to publish on Steam was made without much concern for the final product. If you’re dead set of giving the game a try, I’d suggest getting it for your mobile device of choice and forgetting about the Steam version.

Again, I don’t envy any studio that sets out to build a level-based action game these days. With a slew of new mobile arcade titles available every week, attention spans are shorter than ever, but it’s clear that Shooting Stars! wasn’t designed for platforms other than mobile. Having 20-minute long stretches of gameplay that simply aren’t fun is no way to breathe life into a genre nearly as old as the medium itself.

As far as I can tell, Shooting Stars! is the first project to come out of Blood Irony Studios. Let’s hope it’s a stepping stone to bigger and better things.

Shooting Stars! is available on Steam, iOS, and Android/

Watch the trailer for Shooting Stars!:

Evan is a writer, digital strategist, and professor of interaction design & development at George Brown College. He specializes in games, technology, and interactive experiences. His work has appeared on Gamasutra, PocketGamer.biz, and GameCareerGuide. You can follow him on Twitter at @EvanFP88 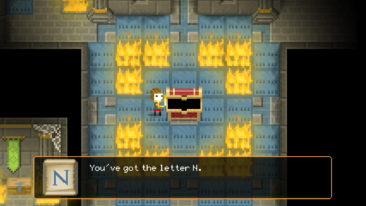 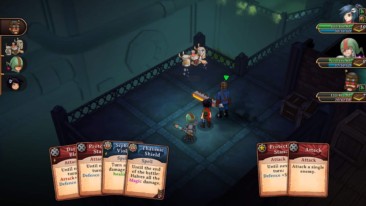