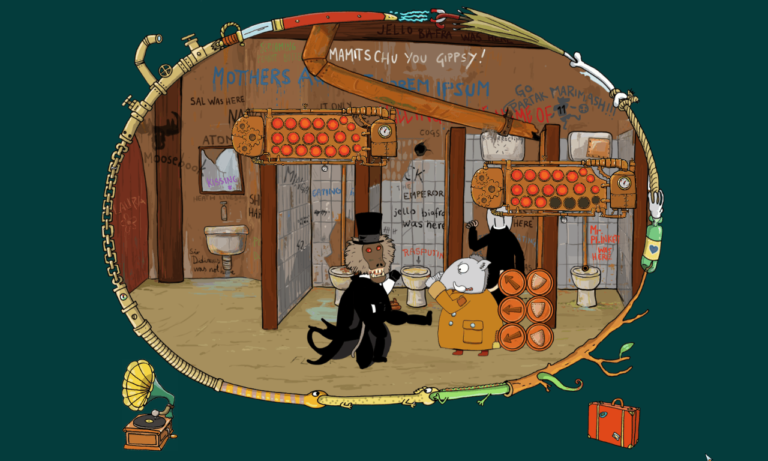 People play point-and-click adventure games for different reasons. Some favor more puzzle-focused ones, while others favor narrative-driven experiences. Point-and-click games have come a long way, and in order to excel they have to offer something compelling. Viktor, a Steampunk Adventure by Studio Spektar features compelling gameplay ideas alongside a divisive narrative. 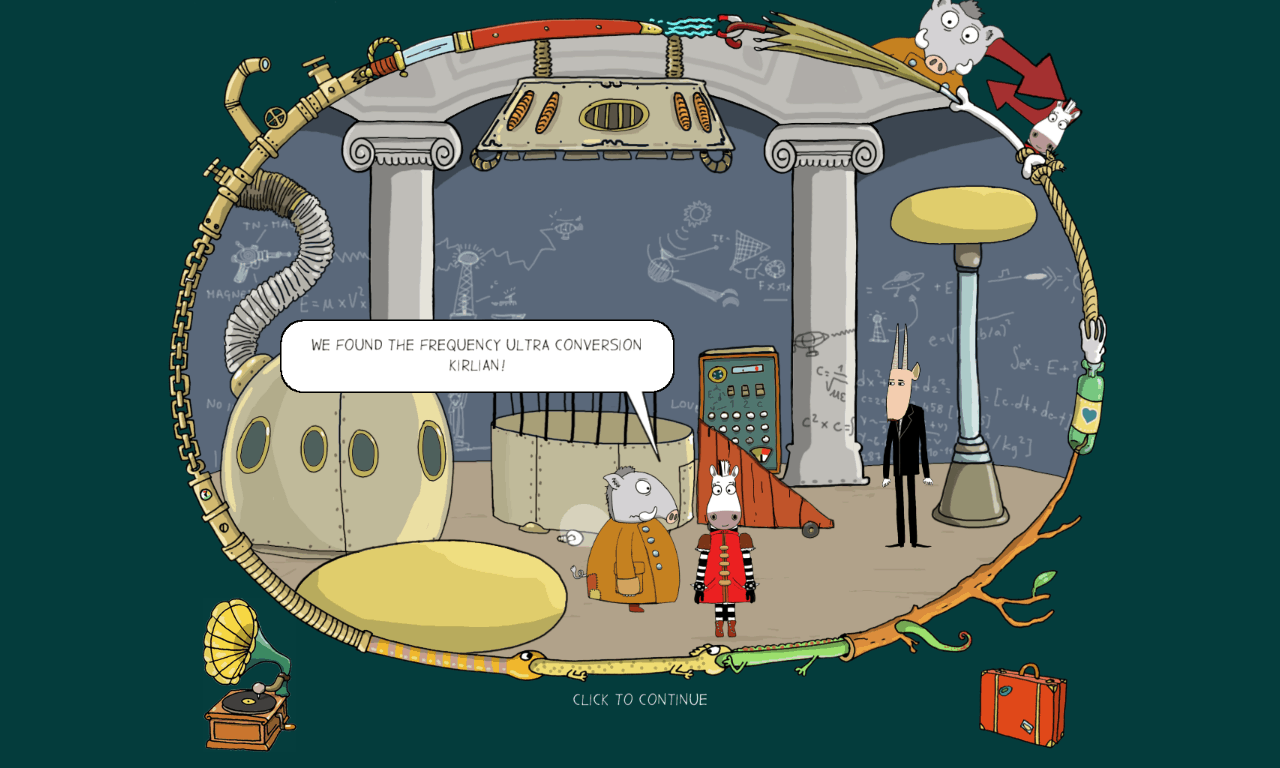 A Boar or a Bore?

This point-and-click adventure has you controlling Viktor, a anthropomorphic boar who wants to overthrow the Emperor to take his place. Not much reason is given as to why, but Viktor is confident that he’d make a better ruler, so he sets fourth with the help of his psychic owl friend and characters he meets along the way. The plot is straightforward and doesn’t evolve into anything particularly complex or intricate.

Overall, this game is more dialogue-heavy and less puzzle-focused. There are a couple of puzzles here and there, along with some short-lived mini-games that help mix up the action, but you’ll be choosing dialogue most of the time, and it can be hit or miss. Since dialogue is the main driver of the narrative, you’ll spend a lot of time picking dialogue choices and reading character responses.

This wouldn’t be an issue if the dialogue was entertaining, but it often feels bland and uninteresting. A lot of dialogue options are just small-talk banter between many side characters. The dialogue in this game can also rub some people the wrong way. 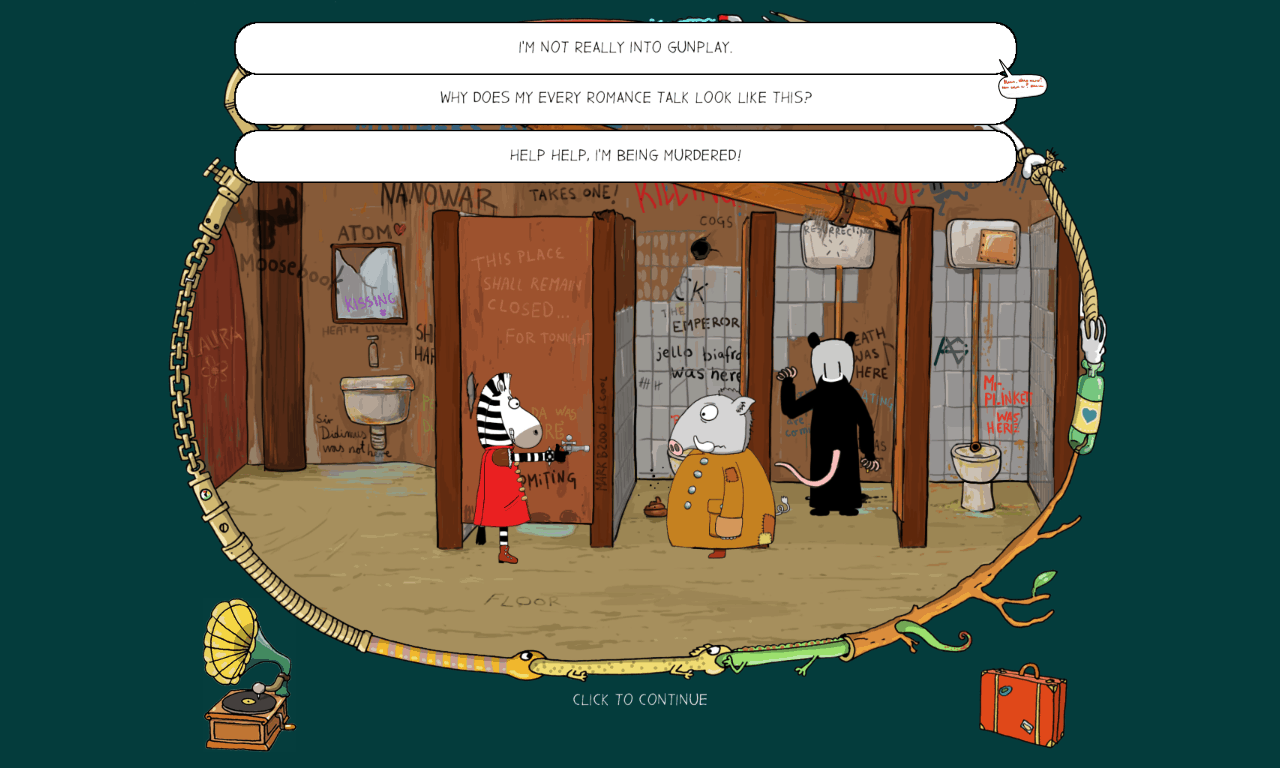 Viktor is a little more divisive than your average happy-go-lucky adventure game protagonist. He’ll oftentimes chime in to give his opinions on things like Christianity, democratic and bureaucratic societies. It doesn’t necessarily make for a likable protagonist, just one that may be humorous if that abrasive style of humor is your cup of tea.

There are instances in the game where you meet an anthropomorphic Japanese bunny piloting a mechanical robot. The bunny emits gibberish sounds that mimics the Japanese language. You’ll meet another character you meet named is Noam Mcsmelliecock. Expect crass, off-color humor that doesn’t shy away from sex jokes and social commentary.

The game tries to be edgy with its humor but often doesn’t execute it in a funny or clever way. Instead, most of the jokes fall flat, and you’re left with dialogue that feels like a drag. Perhaps the game’s humor was lost in translation (Studio Spektar is based in Croatia), or maybe it just wasn’t clicking with me. Either way I’m not going to knock the game too much on this front, because humor is relatively subjective. 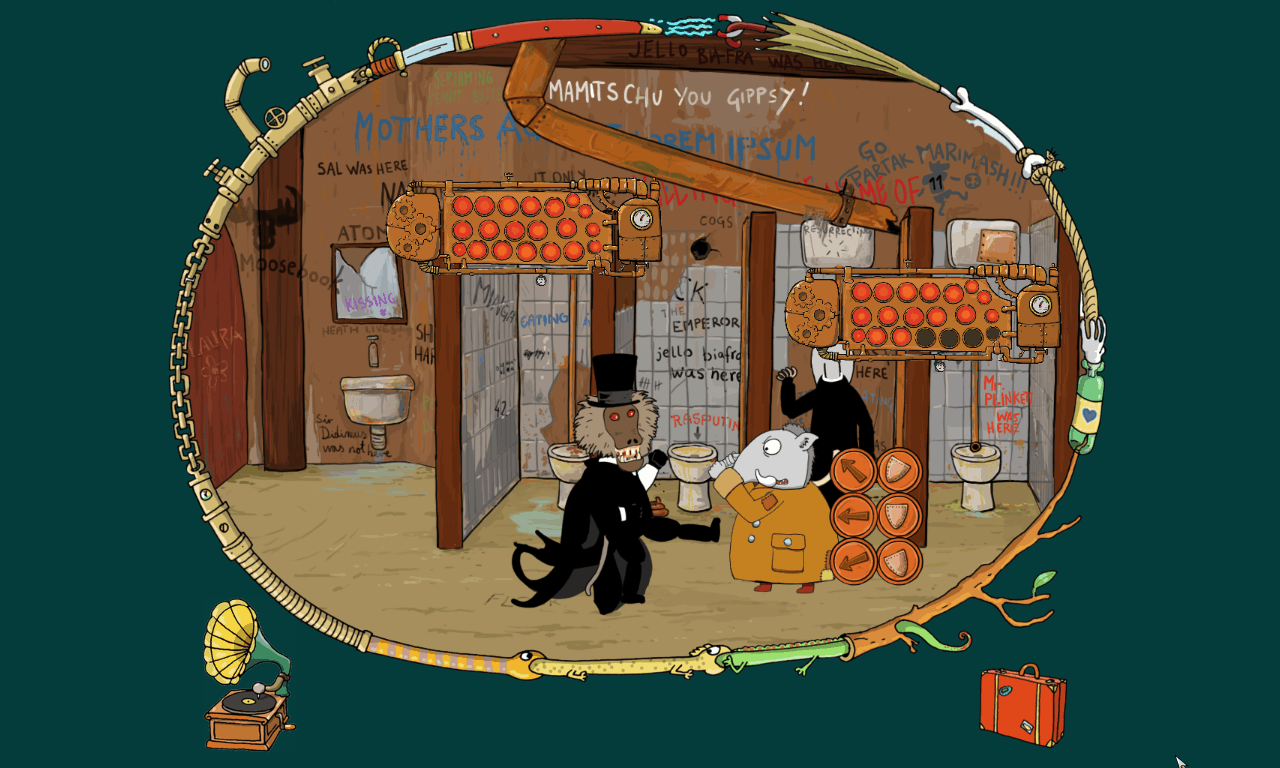 The game does have some entertaining moments outside of its dialogue. There was one moment where you’re digging an underground tunnel to rob a bank. During that sequence, if you dig south instead, you can find yourself in hell, and the game will present a simplistic mechanic that you can use to fight Satan. Another moment contained no dialogue at all and revolved around the simple objective of turning a scary carnival ride into a tunnel of love. I did enjoy these moments when the game was more wacky than edgy.

Another positive aspect is that the game mixes up the moment-to-moment gameplay quite a bit. For example, mini-games might involve a sliding puzzle or squishing cockroaches with the end of an umbrella. They make the game feel less repetitive and more lighthearted. Another great design choice is your psychic owl friend. You can call him up whenever you want, and he will give you hints on what to do next. It’s a clever way of making moments where you’d get stuck to feel more like part of the game experience. 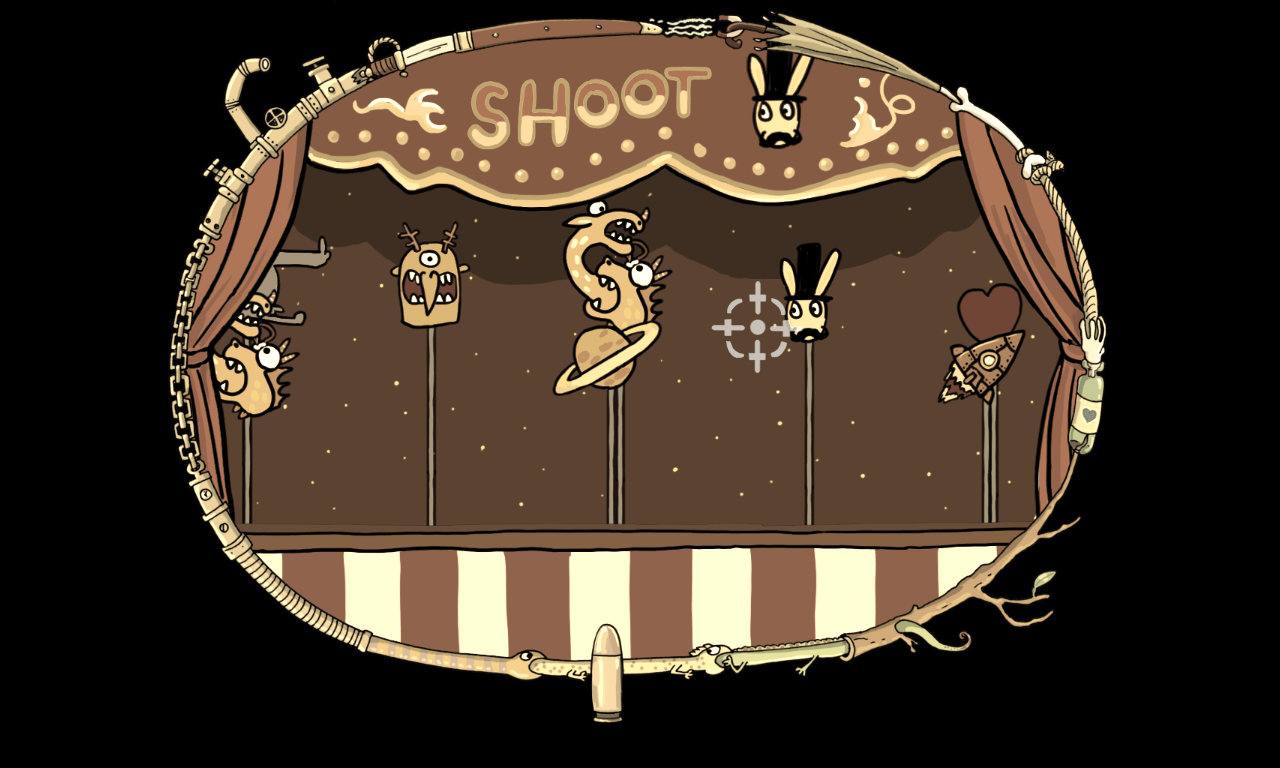 Other than gameplay and narrative, the game’s visuals look good and fit well with the game’s tongue-in-cheek feel. Some characters are drawn in a funny way, while the environments are detailed and plentiful. The game features a lot of classical pieces for its background music, which is great if you’re like me and a big fan of Western classical music. Overall, the game’s aesthetics do a good job of creating a unique atmosphere.

Viktor, a Steampunk Adventure is not for everyone. I did have fun playing the game because of the mechanically interesting things it does alongside some wacky moments, but I was disappointed by the lackluster narrative surrounding an unlikable protagonist. I’m certain if your a fan of Viktor’s humor you’ll get more enjoyment out of this game, but for everyone else this game will leave you wanting more.

Viktor, a Steampunk Adventure is available via Steam.

Watch the official trailer for Viktor, a Steampunk Adventure below: 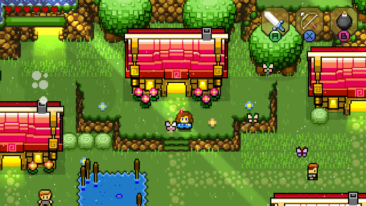 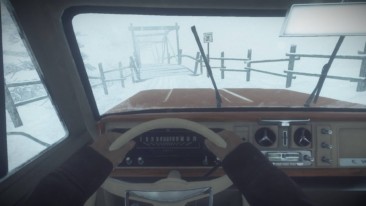 Review – Kona from Parabole – A Game of Mystery and Survival