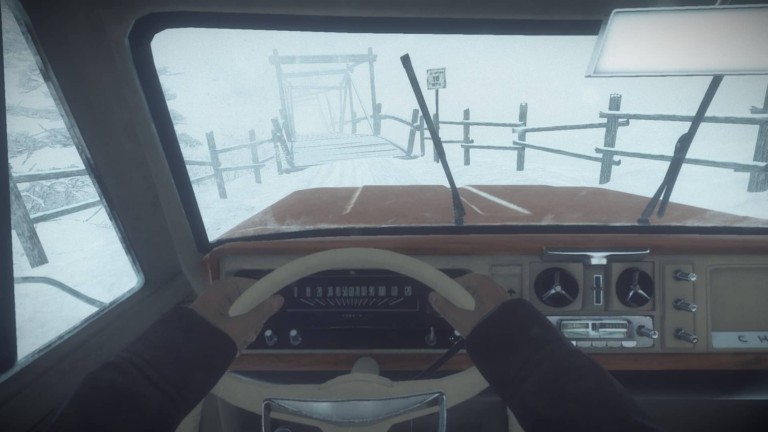 Kona combines elements of mystery and survival game in its story of a private investigator checking out a vandalism case in a remote Quebec village. Its story is intriguing – especially as it veers from standard detective stuff to something far stranger – and its mechanics are put together well, but it’s the sense of time, place and character that lingers. 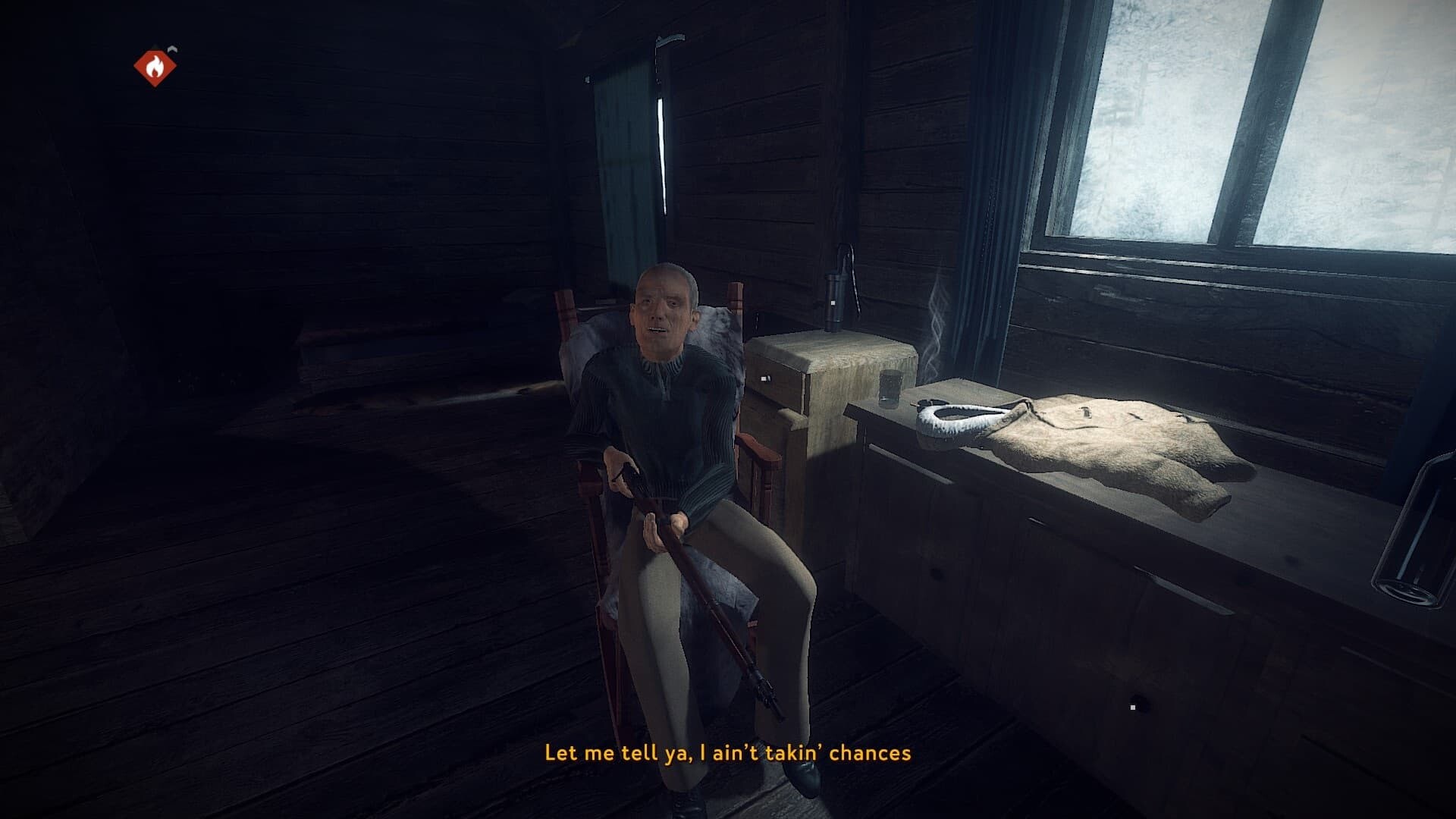 Take Off to the Great White North

Kona takes place in a remote village in the far north of Quebec – the heart of French-speaking Canada – in 1970, and every detail evokes its setting perfectly. From the snippets of Quebecois music on the radio to the wood planks of cabins the player investigates, the visual, auditory and text details are incredible.

Even better are the visual and sound effects outside. Sparse evergreen trees and thickly packed snow that makes a satisfying crunch and leaves boot-prints behind the main character create a strong sense of imposing wilderness, not actively malevolent, but deadly nonetheless.

Given that the main “survival game” feature is the need for heat – protagonist Carl Faubert gets clumsier as he gets colder and can eventually freeze to death – the game’s mechanics and aesthetics are a perfect marriage. Walking through the snow as the wind blows harder is terrifying. Likewise, the sparks of a fire, especially if you’ve got one going in a wood-burning stove indoors, brings palpable relief. 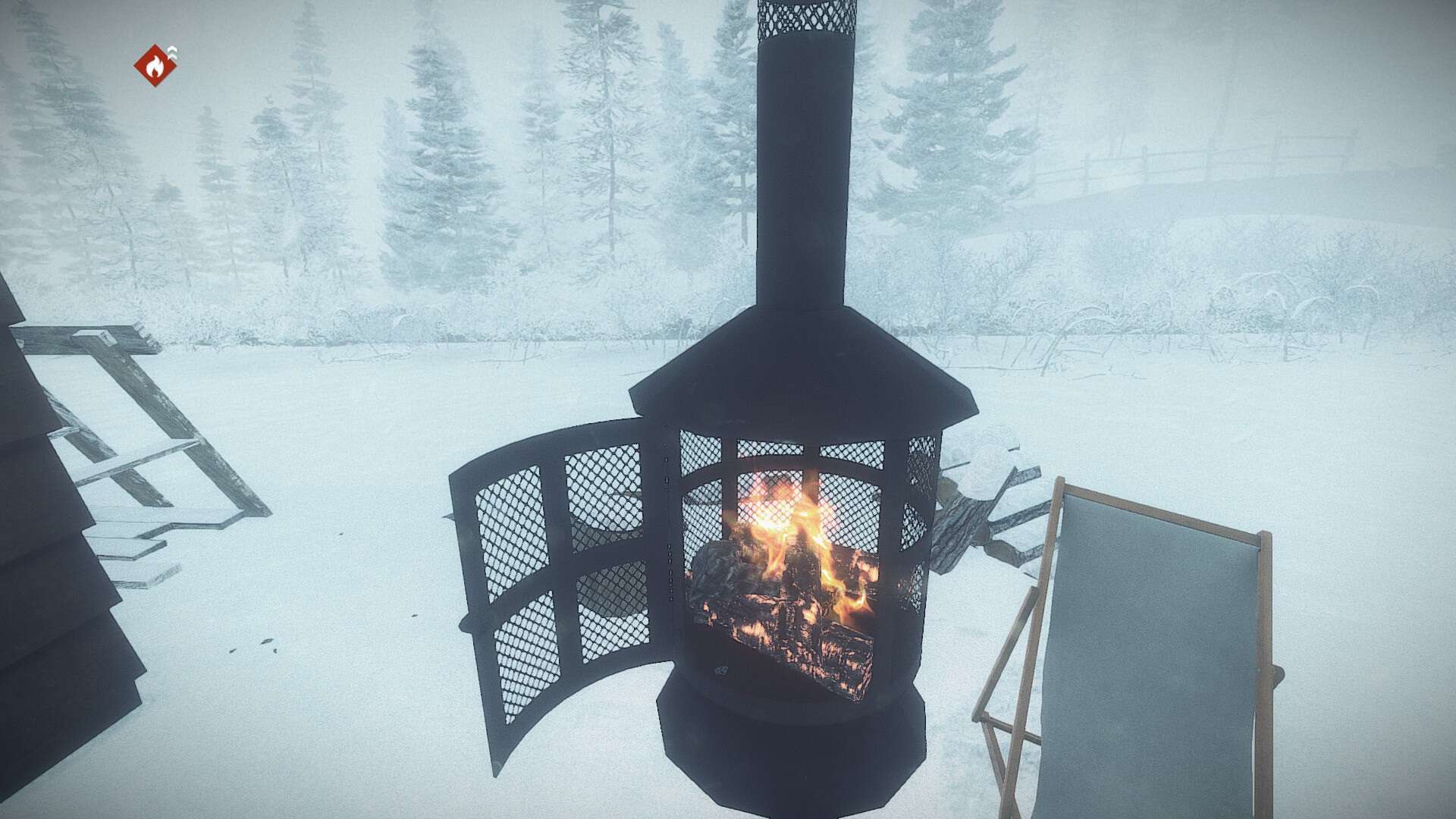 A vandalism investigation is small potatoes even for a down-on-his-luck investigator, but as the game kicks off things quickly move in a more serious direction. Faubert’s employer, widely disliked in town (which probably explains the vandalism), has become a murder victim.

That alone is enough plot to hang a game on, but things get quickly stranger as Faubert discovers more corpses, frozen in a mysterious blue ice that seems lit from within and brings strange visionary experiences. The mingling of detective story and surrealism in a remote village surrounded by towering pines evokes Twin Peaks, with caribou – a home-brewed Quebecois whiskey drink – standing in for black coffee. 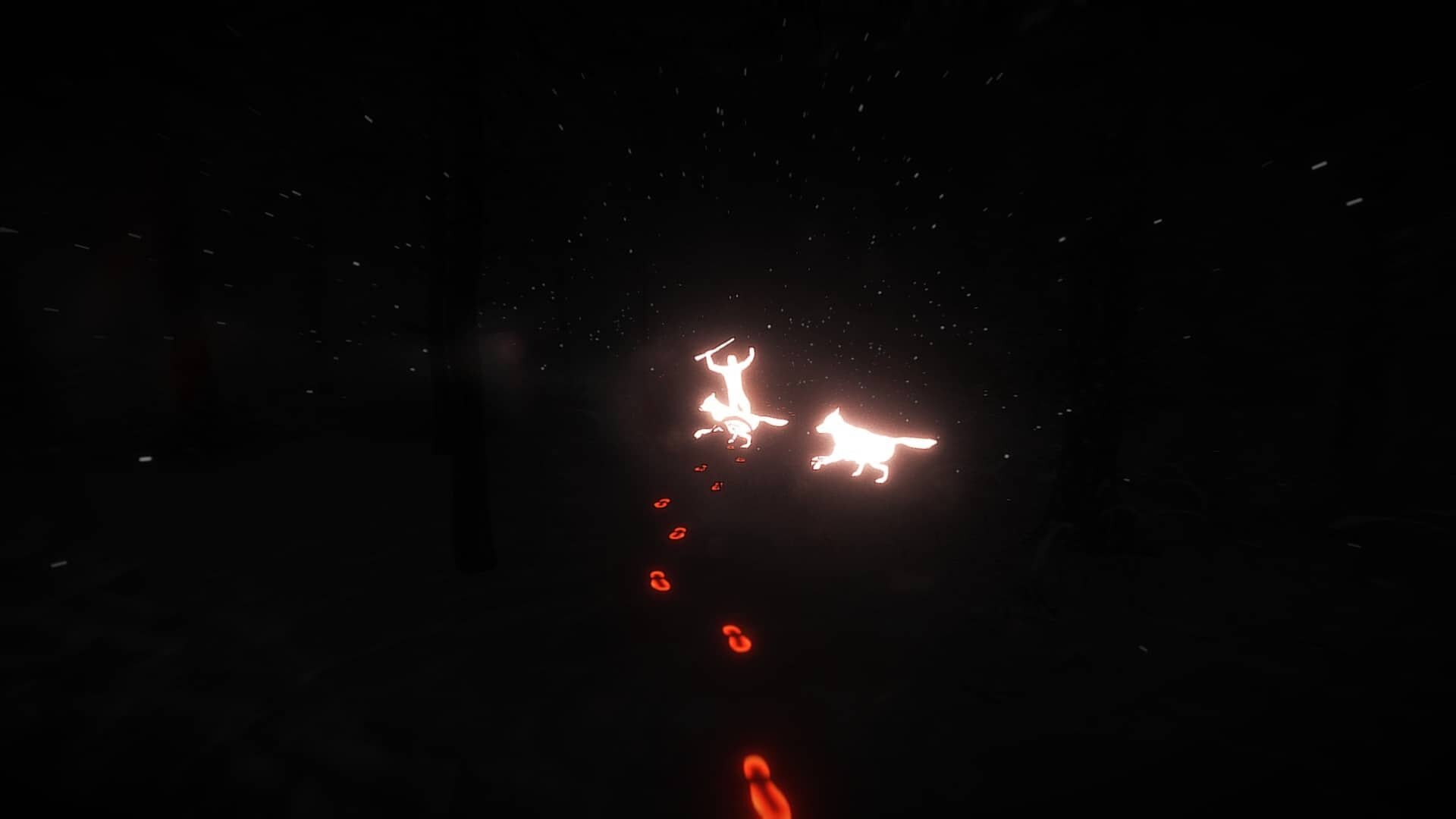 Actual characters are few and far between, with most of the town’s inhabitants having fled a mysterious danger before Faubert arrives, but the little details obtained by exploring the town and its inhabitant’s homes provide enough back story to make the little community seem real. From the melancholic doctor still morning his wife to the UFO-obsessed mechanic, the characters in Kona seem real, even if the player only gets to view them through the lens of family photos and diaries left behind.

There are minor quibbles here and there. The driving controls are tougher than they need to be, for example; admittedly, it’s probably hard to maneuver a rusting Chevy truck over icy roads, but presumably Faubert has experience managing such tough conditions. The puzzles make sense for the most part, but can be occasionally annoying, as in one wheel-turning puzzle required to open a particular door. And the narration, ably delivered by Forrest Rainier, does tend to be a bit heavy on the exposition. 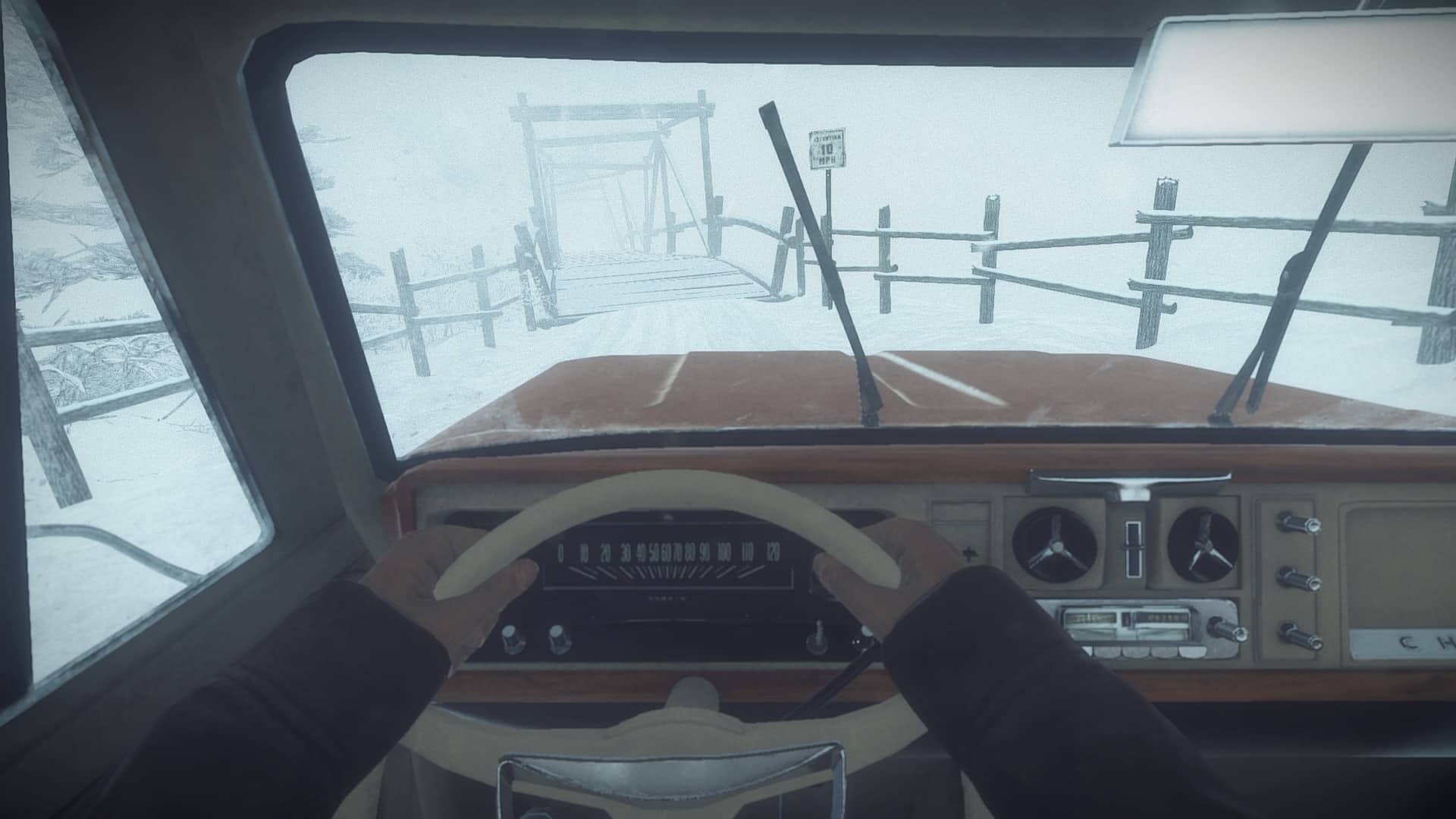 Overall, though, Kona is an incredible experience. The visuals, puzzles and comparatively open storyline all come together in a wonderful whole that left me feeling like I’d visited – and been progressively more creeped out by – a very real time and place. And the soundtrack, performed by French Canadian folk band CureLabel, ably mixes evocative acoustic parts with chilling ambient.

Kona might not be the perfect first-person adventure or the perfect survival game, but its incredible setting and slowly unfolding plot make it one one of the most memorable game experiences I’ve had all year.

Kona is available via Steam.

Watch the official trailer for Kona below: 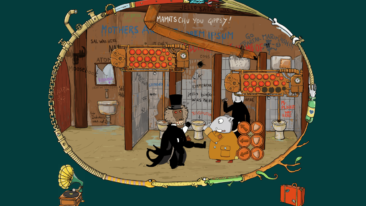 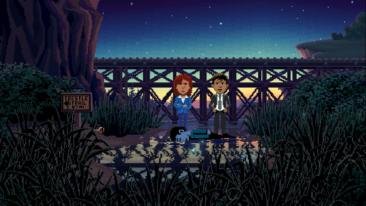