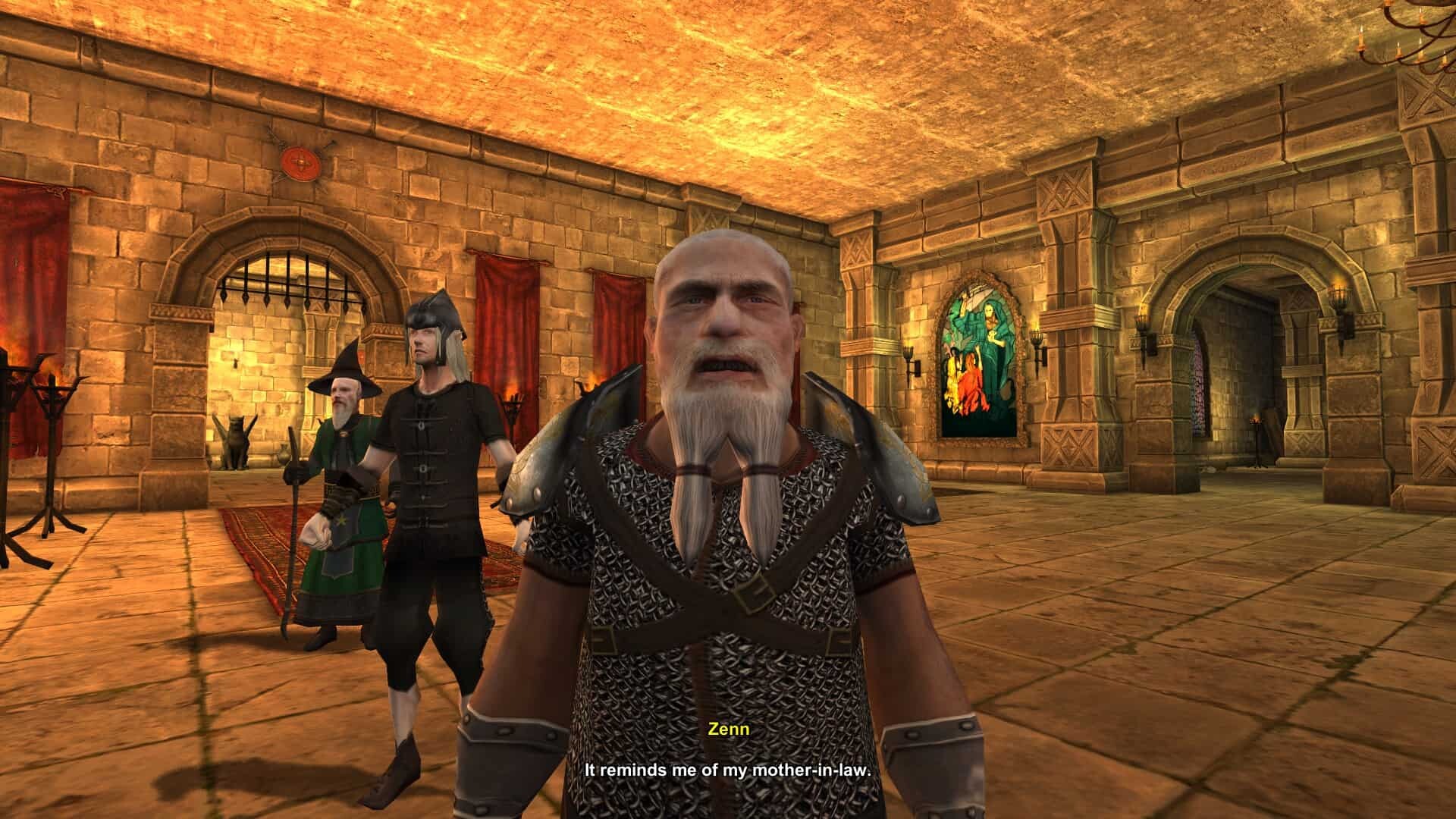 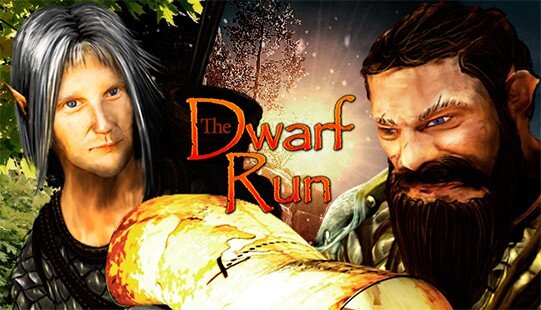 The Dwarf Run – What We Think:

Hailing inspiration from an older style of PC gaming, The Dwarf Run will have you pointing, clicking and hitting hotkeys like a pro in this turn-based strategy RPG.

Our story begins with four heroes who happen across a rune that serves as a warning. They are then unceremoniously stripped of all their gear by a blinding light and dumped into a deep cave. Armed with nothing but stones found on the ground, the group first sets out on a quest to escape their temporary prison. What they awaken in the depths will change the course of their lives forever. 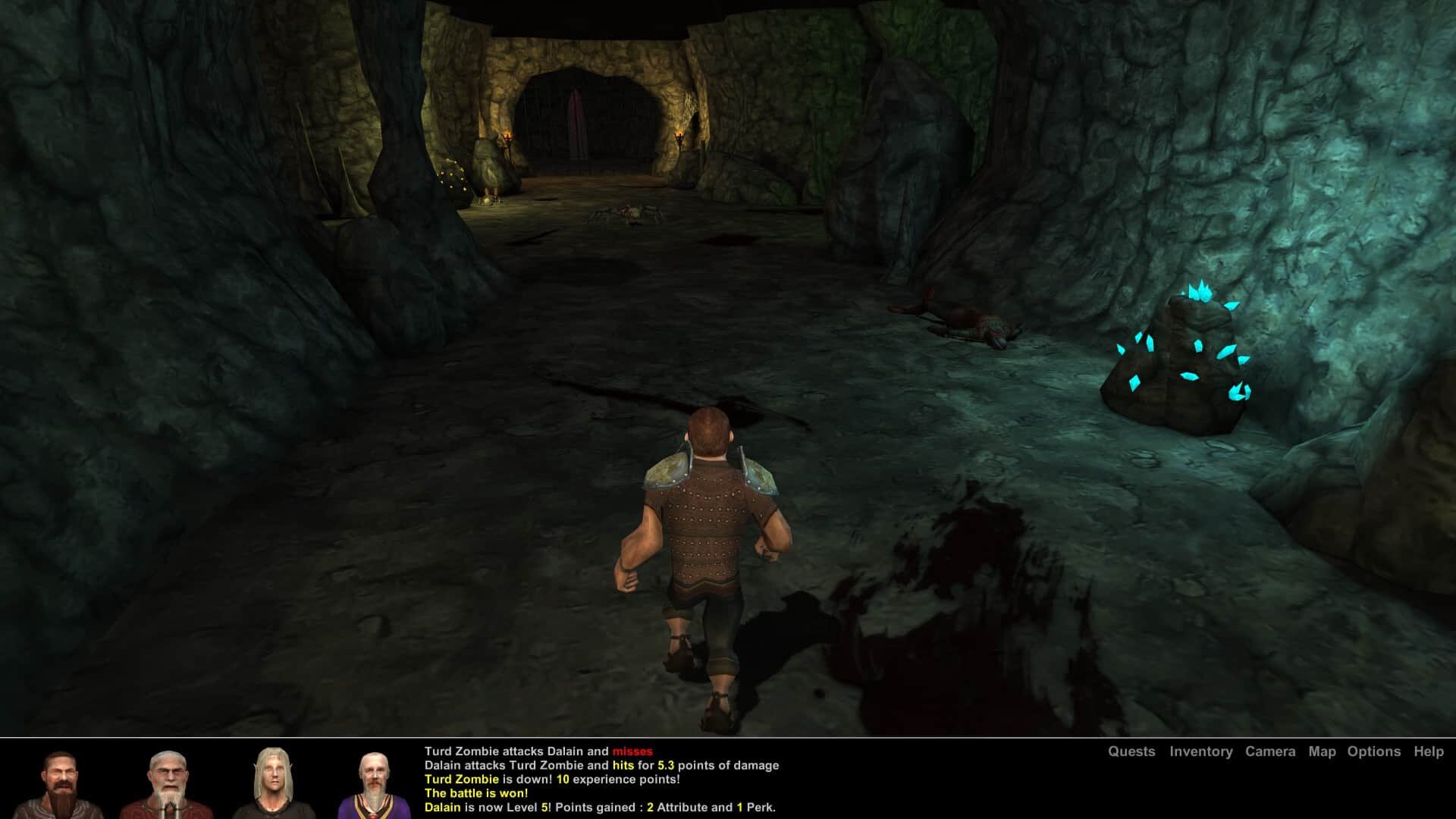 A Different Sort of Fellowship

The Dwarf Run stars a Dwarven fighter named Dalain and his father, the Dwarven cleric Zenn. However, no adventure would be complete without a little help from their friends, Elven ranger Ionor and human wizard Barbados. One thing I found absolutely hilarious were the character models, when speech between characters consisted of close-ups that never change facial expression. These just look awkward in general, unintentionally adding more humor to the already humorous script.

What, Pray Tell, Do You Desire Most?

Taking a break from the current trend of grid-based strategy RPGs saturated with text in between battles, The Dwarf Run will have you exploring through caves, crypts and temples solving puzzles and fighting off any creatures that are craving Dwarf for dinner. The puzzles contained within the game are inventory-based, but a far cry from fetch quests. Sometimes the answers aren’t very obvious, and it’s important to stay creative and think outside the box in certain situations. 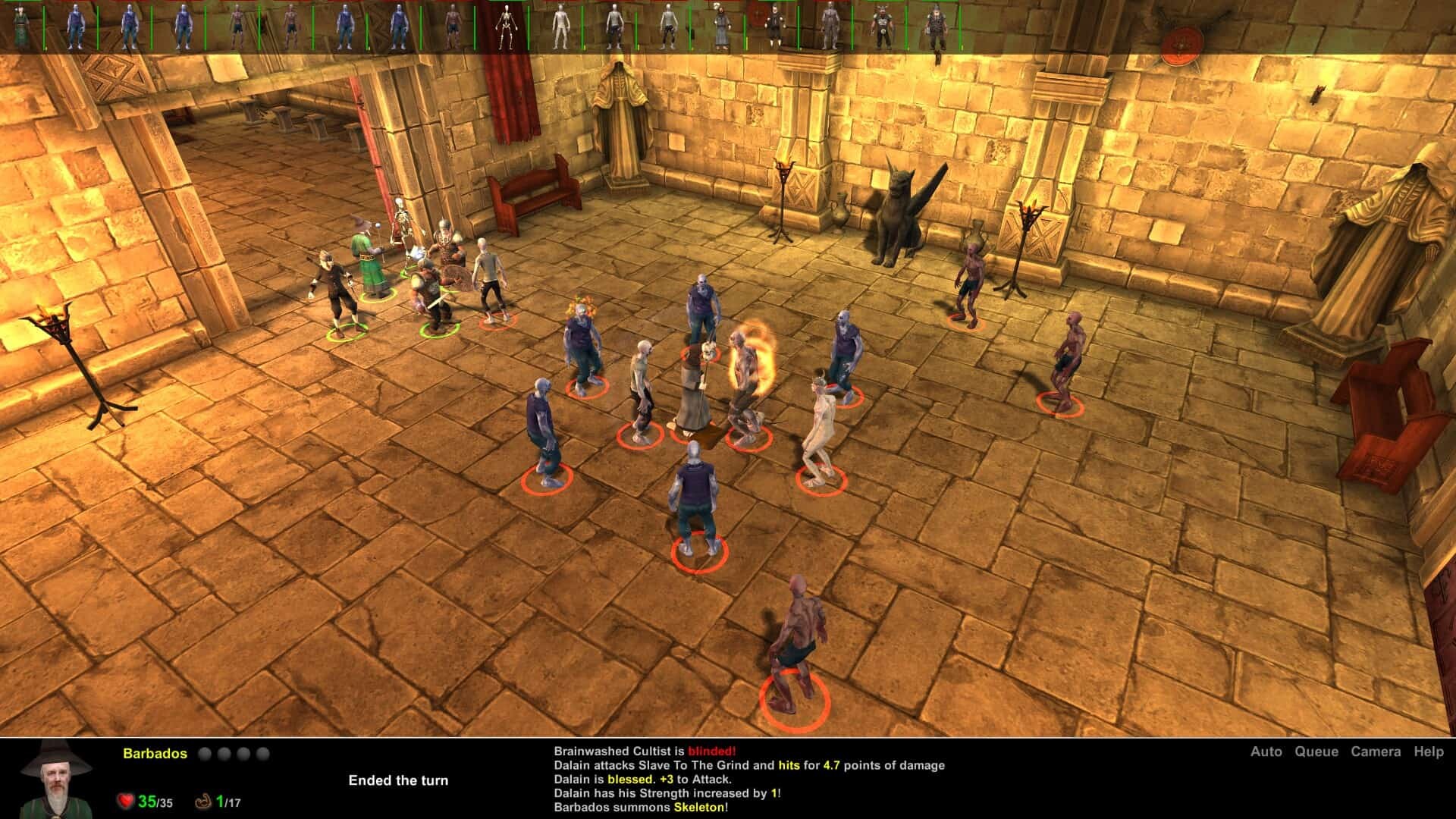 You Have My Bow, and My Axe!

The battle system was a little hit-or-miss, with battles being forced upon your party when entering a new area. Usually beginning with a sarcastic exchange, battles start with each character going through their turns. They can use their action points to move across the field or use melee, ranged or magic attacks, or character abilities and buffs. Not being grid-based, your characters and enemies can freely traverse the battlefield for a very open strategy experience.

Battles can be very challenging depending on which difficulty level you choose, but something that can be very frustrating is how often attacks will not hit their mark. This goes for enemy and ally alike, most of the attacks in the battle system are doomed to miss and require an extremely high Dexterity stat to increase your hit rate. Be prepared for battles to last 10 minutes or longer, as you constantly see your party members and enemies swinging in the air fruitlessly. 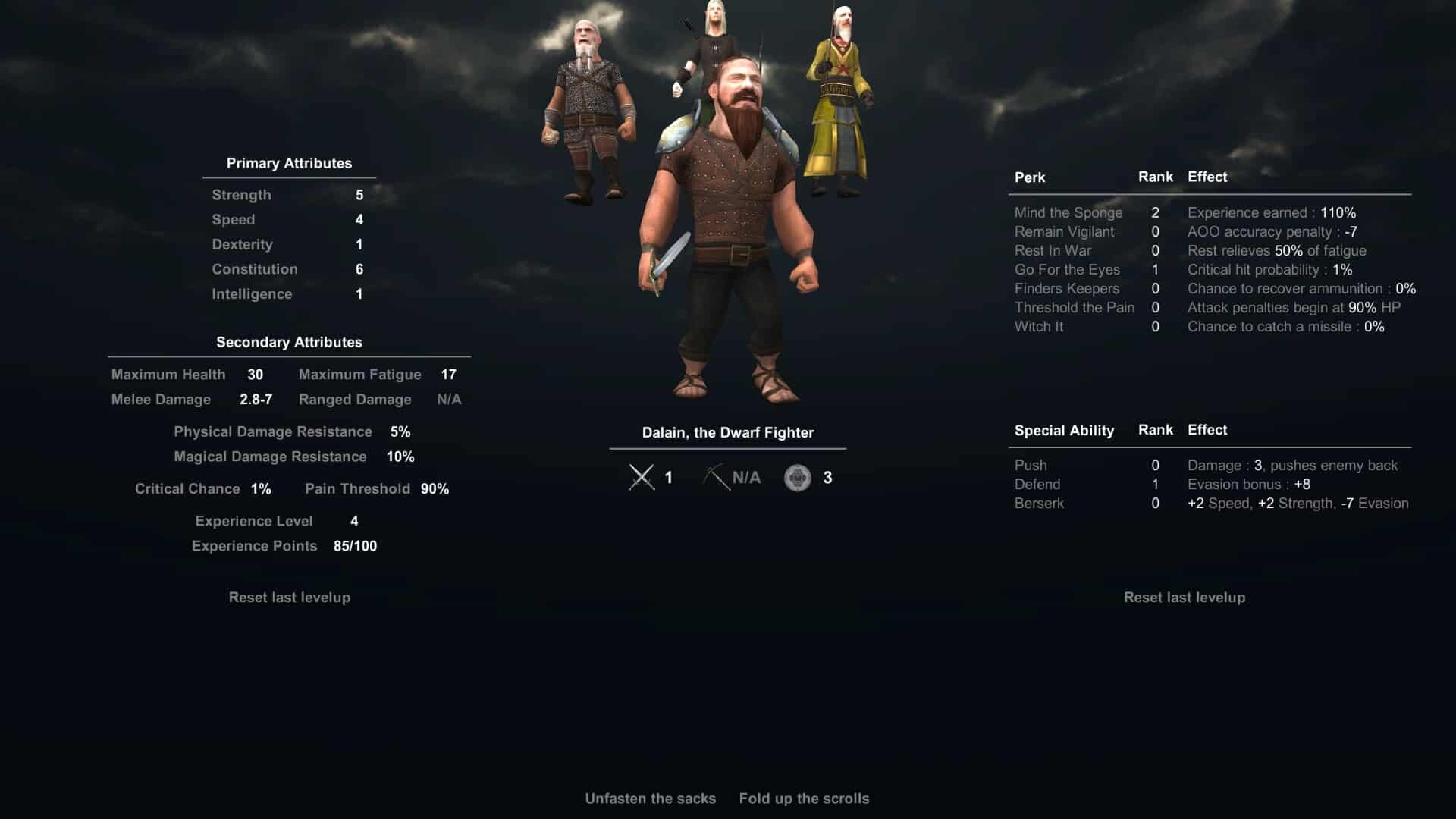 Boost Within It to Win It

Leveling up requires you to spend points on base stats, and occasionally gives you a perk or talent point to assign as you wish. One interesting factor is that as your characters level up, you have full control on how you build them. They won’t gain any HP bonuses, forcing you to spend points often on Constitution to keep them fighting fit. I typically then developed my characters based on their job, such as focusing on Strength for Dalain the fighter and Intelligence for Barbados the wizard.

The Dwarf Run is a very ambitious undertaking, and something should be said about creator Alexander Mirdzveli for creating this entire game himself. The game mechanics work well for the most part, controls are fluid and responsive, and the music is enjoyable. The sound effects in this game are guaranteed to make you laugh, with your attacks sounding like someone in a Foley studio hitting a piece of tin with a tiny hammer or slapping raw meat with a fish repeatedly.

With just under 15 hours of gameplay, The Dwarf Run brings a gratifying challenge for fans of turn-based strategy RPGs, although I wouldn’t say it’s for everyone who usually appreciates the genre. Don’t expect it to be as robust as classics such as Fire Emblem or Final Fantasy Tactics, but if you enjoy puzzles and an interesting story, this game is worth a try.

The Dwarf Run is available via Steam.

Watch the trailer for The Dwarf Run below: 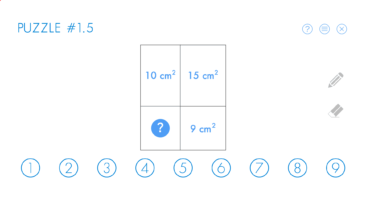 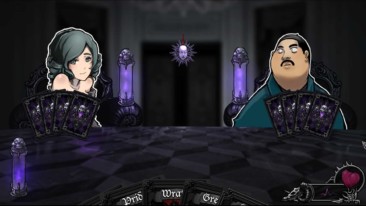