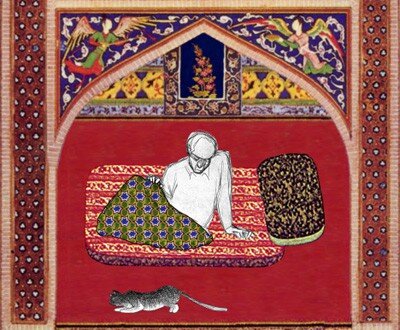 Game Name: The Cat and the Coup

The Cat and the Coup is a documentary game in which you play the cat of Dr. Mohammed Mossadegh, the first democratically elected Prime Minister of Iran. During the summer of 1953, the CIA engineered a coup to bring about his downfall. As a player, you coax Mossadegh back through significant events of his life by knocking objects off of shelves, scattering his papers, jumping on his lap and scratching him.

The immediate impression is that this is a game that buries all pretensions that art and gaming are incompatible elements. So too, is the possible misnomer of the term ‘game’ itself. The Cat and the Coup can be much more demonstratively named an interactive puzzle poem or a phenomenological docu-media. A diversion and a mere pastime it is not. The Cat and the Coup contains a pastiche of layered cultural illustrations that begs for multiple playthroughs. As such, I will focus on the game’s aesthetics and affects, so to avoid “ruining” the narrative as much as possible.

The gameplay is simple, as dictated by the spartan developer summary above. You use the arrow keys to move Mossadegh’s cat around and use his dainty weight to solve puzzles. The rooms that Mossadegh and cat must traverse through are tableaux-like, where either cat or man can make objects and doors clatter and fall, depending on which side of the room they are balanced on. The very frailty of these spaces, all teeter-totter, amounts to a sense of wonder in the player. Why did the developers chose this self-conscious approach to tell of a well-documented but silenced tale of Dr. Mossadegh’s fall from grace? How can we unravel and interpret its poetry? There are so many different modes of reading the illustrations, further extended by its unusual interactivity. In playing this documentary game, one gets the same sense of cross-cultural influences as comparative to a whirlwind tour of a foreign art gallery. Encapsulated within a 2D side-scroller, traditional Persian artwork combine with black and white rotoscoping, somber caricatures of figures and peoples, and pictures from the historical press. An unusual mix of Erik Satie and Nine Inch Nails saturate the aural space with viscosity. Despite the imagery’s perspectival flatness, the actual experience of the visual scope is labyrinthine.

In a Room of One’s Own

The experience of this game can be generalized as comparable to an experience of perceiving the dadaist paintings of the arts world. Particularly, I am thinking of the collages as seen in the inventive artwork by Hannah Höch, or more recently, in the neo-dadaist works of Robert Rachenburg. Combining Found Objects such as news prints of iconography and landmarks with painted textural elements, the dadaist cultural movement was irreverent of conventional visual styles and authoritative histories. The dadaist also encapsulated an attitude of refusal to forgive the Establishment for the traumas of modernity.

The Cat and the Coup runs through the same stream of sobriety, anguished intelligence, and even psychological hysteria. All of these emotions appear at first to be contradictory, but indeed they can be suffered by the most rational individual, and expressed by a painting on the wall (albeit, in my opinion, only the best). Like dadaist paintings, in which places are named through landmarks and street-signs, the Cat and the Coup portrays flags and animal avatars as stand-ins for politicians and heads of state.

Such juxtaposed visual cues combined onto one screen compel a stream of allegorical interpretations, tied intimately to the gestures of one central character. Excitingly, objects are also simultaneously de-named: In the case of dadaist paintings, through paint strokes and textures that partly obscure an image; In Cat and the Coup, through animations that transform an object.

These visual cues also allow the player to put him or herself in an unusual subject position. The player’s subject is a cat, which is subtly unusual. This is because the central character of the game and the motivations that carry the narrative forward are not at all in the cat that you play, but the cat’s owner that you try to convince to move from one space to another.

The cat represents both an insider and an outsider. It is privy to the private and intimate world of Dr. Mossadegh. This is a world that can be both effusive and claustrophobic. The cat is also an outsider on the very basis of its species, and is thus external to the very cultural and historical details that makes Mossadegh a fascinating figure. Without a doubt, it is invisible to the world of laws, and is bounded by the greater agency of its human masters. Because of its invisibility, it can also run little mysteries underfoot. There is thus something mythical in the way that the cat fills in for the agency of Dr. Mossadegh.

On the other hand, due to the truncation of the history of Dr. Mossadegh – even though some of the very parties that effected his life also feature in today’s current events, most notably the CIA and BP – we are associated with very subjectivity of the cat. We are ignorant of certain tracts of history, caring only for creature comforts within the “boxes” that are made for us. Once in a while we topple one over, only to end up in another claustrophobic setting where the laws are invisible but keep us beholden to them. This is the rousing self-consciousness that is artfully embedded in the Cat and the Coup. It is particularly subversive because we are asked to literally “play out” that role. Personally, I feel that this is a narrative game was told in this manner because it is a story that must be told. There is a loving craftmanship here, a thoughtfulness that refuses to give in to conventional storytelling. It is built on the efforts of a small skeleton indie team so that all the smallest nuances are within the creators’ personal creative control. The team’s work, under the direction of Peter Brinson and Kurosh ValaNejad, compel me to follow what may come next from their oeuvre.

There is also a beautiful symmetry here: Established national history may erase Mossadegh, but art will embrace him. In this chosen form, games are rendered full of subversive possibilities.

Download The Cat and the Coup for PC and Mac (Official)

The Cat and the Coup on Steam

One thought on “Review: The Cat and the Coup” 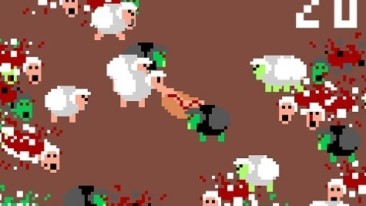 Review: Attack of the Mutant Sheep for iOS 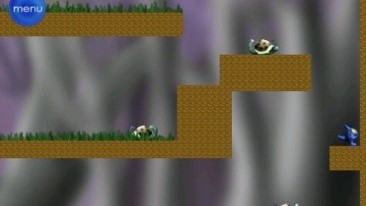 The Epic Adventure of Milton – an iOS Indie Game Review