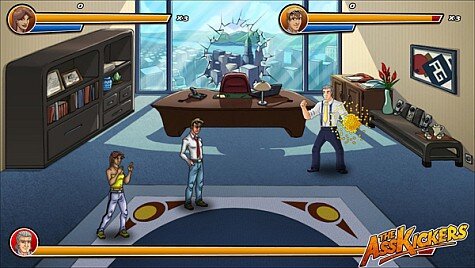 The Asskickers, by Ago Games, is a new beat-’em-up with a retro feel that released this week. This is Ago Games’ first release into the gaming world, and with it they hoped to bring back the feel of the classic beat-’em-up like River City Ransom or Renegade, but with a new thematic direction – along with that classic arcade-style game play comes some comedy and an interesting story line. The Asskickers is not without its faults, but as a first release I wasn’t expecting perfection. Before we get into its problems let’s take a look at some of the stuff that was enjoyable about this first outing.

This style of the beat-’em-up game is hardly seen anymore, especially when it comes to PC and Mac releases. I was reminded of some of the games I used to play at the arcade as a child, which IMHO is always a good thing; it’s got classic cartoon-sounding punching, grunting, and kicking sounds as well as a fitting soundtrack that really adds to the whole throwback vibe AGO was going for. It also offers co-op mode that unlocks new dialogues as well as extra powerful dual attacks, which proved rather fun to test out. Once you start getting into the game however, several frustrating issues crop up. In starting the game, I opened up the menu and chose to play campaign single player which brought up a window where I could choose my character, but I couldn’t figure out how to switch characters (later I figured out it was “A” and “D” to choose between them.

Once the game starts you are dropped right into the fighting, which would have been nice had I known anything about the control scheme. I had to leave the game and go to the menu options to find them. Neither of these things are that big of an issue, but the lack of a tutorial or training level was missed, and the oversight foreshadowed what lay ahead.

I finally got into playing the game and was having a decent time reminiscing, when I realized (and this is my biggest problem of all with The Asskickers), there is absolutely no way to block. If you’re going to get hit, you just have to take it. What makes this worse is that the game won’t save until you complete a whole level so you really have to watch your health and gather power-ups from the side of the screen. By the second level, single player with the character I was using was almost impossible. I had to switch to the character that had the highest toughness and strength to even get to level three. Level three took me almost an hour and a half to complete, just because I had to start from the beginning five times…on “Easy.” What was most frustrating was that the spot I died the most was the boss at the boss on each level. Well “derr” you might say – “of course the boss is what finished you off.” If you die on the boss, you do not restart at the boss fight – instead go all the way to the beginning of the level and do it again. This was the cause of over eighteen “rage-quits” during my play-through. During transition from one level to the next my character said “Oh, not this again” and I thought the exact same thing.

This game seems like it was made more for co-op play, as I found Easy mode on co-op to be actually less difficult than the single-player. Co-op also allows for one player to finish the level if the other one dies along the way, which allows for a lot less anger and frustration towards the game. The controls for co-op, however, are not the most player friendly. Since you are squeezing two people onto one keyboard, it can get quite cramped. Yet I can say, I had a lot more fun playing this with a friend.

Overall, I would say only buy this game if you plan on playing it with a buddy or if you really love this classic style of gaming. Along with the problems I listed, during my play-through I ran into several bugs that really could have been smoothed out had they pushed the release date back a bit. If you plan on playing this on single-player, be prepared to get frustrated now and again because I can guarantee it will happen.

Other than these grievances, it does a great job of portraying the old-school beat-’em-up game style, and I have to give Ago Games props for releasing a game like this. I’ve missed this style of gaming for quite a while, and it was nice to see. Whether the hefty $14.99 price tag is worth it, is ultimately for you to decide. 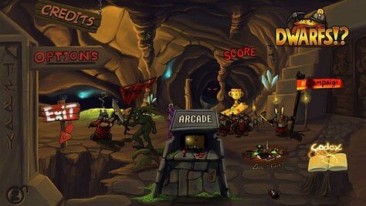 Review: Dwarfs!? – Tunneling into our hearts 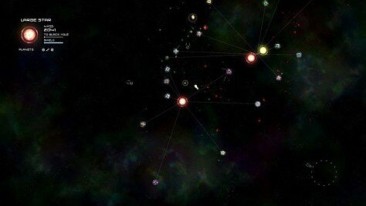