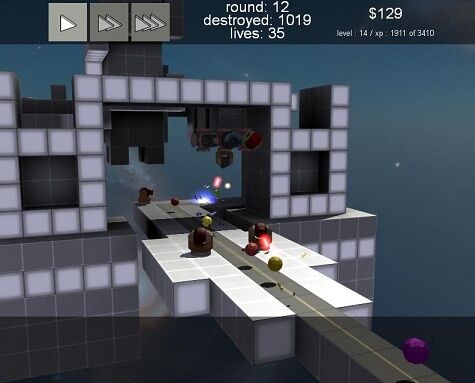 Terrorhedron is a unique tower defense game for the PC. Unmatched challenge and complexity is introduced to the genre through fully 3D tracks, micro strategy through programmable turrets and ‘edge of seat’ gameplay is extended to multiplayer with up to 8 players online co-op.

Defend wave after wave of colorful Terrorhedron spheres within attractive abstract grid landscapes. Unlock new infrastructure, turrets, upgrades and tracks in your quest to achieve all the stars. Terrorhedron offers a fresh look, feel and an entirely new depth of experience to a popular genre.

Don’t be fooled by the stripped-down presentation; Terrorhedron is one of the smartest, most intense tower defense games to come along in a while. Smooth, stylish 3D levels are accompanied by a riveting chip-tune soundtrack. The level of player control is also truly impressive.

Reviewer Note: At the time of this review, the multiplayer features of this game have not been sampled. A subsequent review will cover these aspects.

Going off the rails

Players are taken through a brief tutorial before play can commence. The standard tower defense rules apply: A stream of enemies will attempt to pass the player’s line of defense. Should they reach their goal, “lives” are lost. Through the strategic placement of attack turrets, players must destroy as many targets as possible in each round. Resources are limited, though each destroyed target will result in more credits, and there is a bonus for surviving the round.

All enemy targets are spherical in appearance, and the same size. The color is what indicates the strength of each unit. Light green units have the potential to claim on player “life”, and one player attack will destroy it. Blue targets have two lives, and hitting one once will cause it to become a light green unit. While the early waves will only contain lower level units, some targets will begin with an attack potential of over a hundred (though the maximum number of player lives one unit can claim is 60) and these will require a constant, yet fine-tuned beating. Targeting the wrong types of units can potentially result in an otherwise flawless playthrough coming to a screeching halt due to two missed attackers.

The programming of individual turrets adds an additional strategic element to Terrorhedron; though players are limited to placing basic attack turrets at the start of the game these units can be programmed by the player to attack specific targets. Will they be designated to attack the strongest target, or wait for to pulverize the unit nearest the rear of the turret’s attack range? Players will have to experiment with a countless array of possibilities, as merely plunking down a turret on each platform just won’t do the trick in later waves.

In addition to collecting resources, players will also net an experience point for each layer of an enemy that is destroyed. Once an experience milestone is reached, a new ability will become available. These rewards can be new types of attack units, the ability to upgrade existing units or the ability to construct platform extensions.

These extensions come in the four and six-platform variety. One platform will be consumed to connect to the previous platform, leaving the other platforms free to build on. Players can now place multiple attack units on a single starter platform. Platform extensions can even be placed on other platform extensions. The result is a highly customizable arsenal limited only be resources and use of space. When one turret isn’t enough, scrap it and place a multi-staged platform containing cannons, pulse blasters, gravity wells and EMPs.

The fully three dimensional paths of the enemy spheroids makes for several challenging decisions. As turrets can only attack within that range, and that range does not include anything passing lower than the turret, finding the right balance of turrets and platforms takes some trial and error. Each tenth experience level attained opens up a new twisted and bizarre track to defend.

While Terrorhedron boasts 8-player co-op play, it doesn’t currently feature any matchmaking, so players will need to arrange games ahead of time. Knowledge of one’s network and the ability to forward a port will be required. The single-player experience is intense and challenging, and it can be imagined that having 8 players worth of fire-power would make for an impressive visual spectacle at the very least.

With a wide array of turrets to unlock and upgrade, and 6 stages to play through, tower defense enthusiasts will have their hands full with Terrorhedron. There are four difficulty levels ranging from Easy to Mathematically Impossible. A limitless number of ways to program defenses ensures a high level of replay value. Fans of the genre will certainly have little problem with the $5 price tag.

One thought on “Review: Terrorhedron – Tower Defense stripped down and intense” 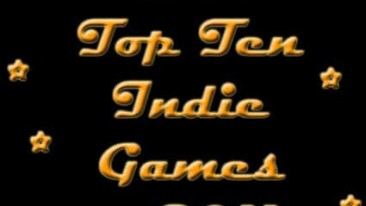 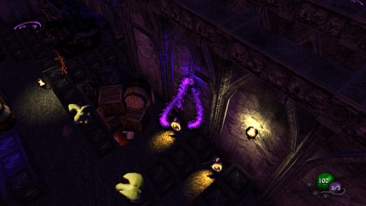