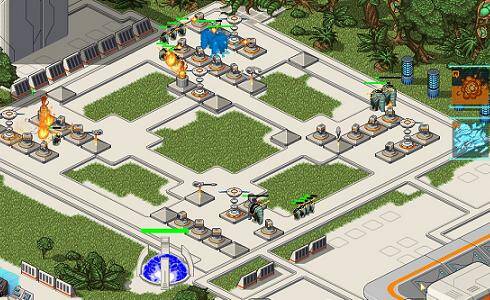 The tower defense genre has firmly established itself with a wide selection of gameplay variants and with players always seeking out new experiences the pressure is on for developers to provide original and innovative titles. Tower defense certainly offers a strong canvas for new ideas and Coffee Stain Studios have worked hard to take advantage of this in their FPS/tower defense crossovers Sanctum (our review) and Sanctum 2. Today, though, we’ll be looking at a smaller, lesser known title: Super Sanctum TD.

Released alongside Sanctum 2 as a pre-order bonus, Super Sanctum TD can also be bought separately. Taking a far more traditional angle on tower defense, Super Sanctum TD is top down and features most of the conventions you would expect from the genre. A sizable campaign is provided and you’ll get some replay value thanks to the way in which your performance is rated for each level. Wherein We Lay the Foundation

For those unfamiliar with tower defense – gameplay is divided into two main phases: Preparation, wherein you place towers, and waves – where enemies will travel along the shortest route towards your core. During the preparation phase you can place walls to redirect the incoming waves and setup towers to destroy them. When the waves start coming you can’t place any walls but you can continue to position towers on walls that already exist. You can also upgrade towers for greater damage and effectiveness.

Every time you finish a wave you can place new walls and towers to improve your defenses. Money is gained from felled enemies along with the occasional crate that appears after a foe has been destroyed – these must be clicked on quickly so you can gain the maximum amount of cash. This limited fund is well-scaled to ensure that you always have to think carefully about the towers you purchase. Oh, How We Babel On

The waves feature a reasonable level of variety, from small scurrying enemies that are weak and fast to enormous goliaths that stomp slowly through your gauntlet with sizable health pools. Flying enemies present a new dynamic and only some towers can target them, forcing the player to make careful choices when setting up towers. None of this is new to the genre but it is well executed and the challenge keeps ramping up.

Between levels you can make several choices that customise your abilities and towers during the game. Points accumulated from the successful completion of levels can be spent to upgrade anything from the damage done by particular towers to the cash flow you’ll experience from destroying waves. You can also choose up to four towers to take with you into a level and up to four powers (such as the ability to destroy all enemy units currently on screen) to augment your capabilities. The variety on offer is impressive and you can change any aspect of your setup at any time between levels. In Defense of the Old Ways

Super Sanctum TD features an extreme retro-style that helps to create a distinct image for the game. Even the sound effects will conjure memories of early 90’s titles. The style may be simple but it’s effective and easy to see what’s going on even during the more frantic waves when enemies are marching all over the screen.

Super Sanctum TD doesn’t strive to be revolutionary or particularly innovative and this may disappoint some players. That said, for the price (currently US$3.99) this is a well designed and fairly comprehensive tower defense game that offers a decently sized campaign and a lot of fun tower types to experiment with. The design style is charming and together with the well executed gameplay makes this a worthy title for anyone looking for some light, classic tower defense.

Get Super Sanctum TD on Steam 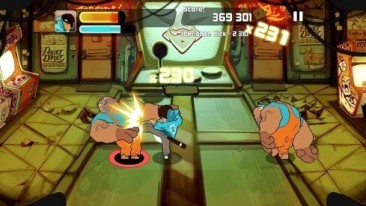 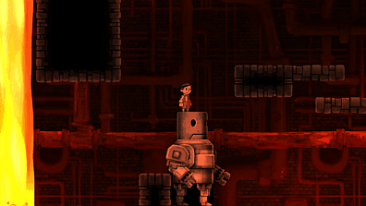