From the developers: Teslagrad is a puzzle platformer with action elements, where magnetism and other electromagnetic powers are the key to the world’s challenges. Discover the secrets kept in the long abandoned Tesla Tower. Gain new abilities to explore a non-linear world with more than 100 beautiful hand-drawn environments, in a steampunk-inspired vision of old Europe.

You play as a young boy who suddenly finds himself embroiled in a long-forgotten conspiracy, involving the despotic king who has ruled the nation with an iron fist for several years. Jump into an outstanding adventure told through voiceless storytelling. Armed with ancient Teslamancer technology and your own ingenuity and creativity, your path lies through the decrepit Tesla Tower and beyond.

Teslagrad from Rain AS based out of Bergen, Norway, is a puzzle-platformer currently in production for which IGR had the pleasure of sampling an early build. I got to experience play up until just after the first boss, at which point I came upon a boarded-up barrier telling me this was the end of what was in the current build.

In the opening scenes I was impressed with the quality of animation in the character sprites. In fact, the whole aesthetic of Astro Boy classic style animation is incredibly well done. As for music, I could only enjoy the trailer teaser music as there was none in the build I played.

Right away, the controls felt a little too floaty. The first area has you running away from some big scary men across alleys and rooftops. However, when running down a slope on the arched roofs, you lose contact with the ground and float a bit. This made it very hard to make jumps as half of the time my feet were not touching the ground. I really hope this gets addressed in final build as there were also later portions in the game where running down a slope would cause the same problem.

Getting into the game proper, you are quickly introduced to a system of red and blue magnetic blocks and auras. Touching some objects with a colored aura will cause you to glow with it for a few seconds. Like polarized magnets, the same colors repel one another, and opposites attract. Using this simple mechanic you can touch a red aura to attach it to a red charged beam on the ceiling so you can make it across a pit of spikes. Or touch an aura to launch yourself upwards inside a similarly charged updraft. Soon you come across a gauntlet that allows you to bunch a block and give it a colored charge of your choice. This in turn instantiates the process of polarizing blocks to make blocks move out of your way, launch them across voids while riding them, and pop yourself up to reach high ledges. While not immediately apparent, there seems to be elements of Metroidvania backtracking where new abilities will make new areas accessible. As my demo was short, I can’t say for certain how much this comes into play. But, the signs were there that it will be.

The next ability I found allowed for a short dash forward. At the end of the dash your original momentum is retained, so it can make for some interesting platforming. In fact, I would not even call it a ‘dash’; it was more of a blink, like you’d see from an imp enemy in some RPGs. One of the other properties of the blink is that you can pass through gated walls. Using it in jumping puzzles put me through some tight squeezes, long jumps and intriguingly areas that I had to time just right whilst taking full advantage of my electro-magnetic talents.

At length, I reached the boss, which I found a little lackluster – no Dark Souls here. The incinerator sucked up boxes and blew flames at me while I kept out of its reach and waited for the next chance to punch more blocks for it to feed on. It was an interesting encounter at first, but quickly got stale. Again I hope this is tightened up to be more interesting by the time of its final build as it’s the first big ‘fight’ in an otherwise mostly engaging puzzle-platformer and could bring in some lasting memories with the sudden burst of upscaled excitement.

Teslagrad has a lot of potential: The level design is very strong, it’s nice to look at, and makes clever uses of a fairly simple mechanic. I even found some collectibles hidden away in the corners of the levels, so even 100% completionists will have a good time scouring its nooks and crannies. It just has a few spots that I needed to nitpick about, and with a few fixes and optimizations, the game could become one of them “instant classics” the kids are talking about to stand alongside some of the other recent indie greats. 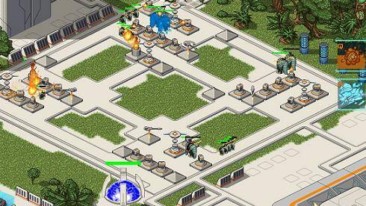