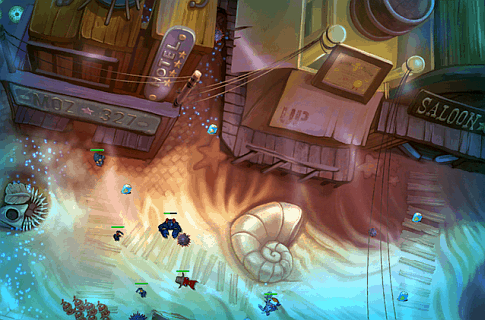 SQUIDS follows a band of stretchy heroes who must protect their idyllic underwater kingdom from the destructive black ooze settling over the seas. Set in the western kingdom of Seawood, SQUIDS Wild West takes the group into deeper, more dangerous waters as they regroup against oily crustacean enemies and search for a fallen comrade. They’ll help the feisty Calamary Jane save a besieged frontier town, explore native Squid lands and a volatile mine, and start to understand the evil they’re up against — but not without paying a terrible personal price.

The creation of indie French developer The Game Bakers, SQUIDS Wild West is the sequel to the popular role-playing game SQUIDS, which has had over one million downloads worldwide.

It’s a testament to something when I can tear my six-year-old nephew away from the latest Angry Birds DLC to show him a pre-release of a new title and he spends the rest of the afternoon with it, having forgotten all about pigs and Cardinals with monobrows.

Like Angry Birds, SQUIDS uses physics to propel and knock around objects and adversaries in its world albeit in a slightly different manner. Here you press and drag on your currently active Squid (of which there are four classes – a healer, a tank, a scout and a ranged shooter – each with their own special abilities) to extend their tentacles and propel them in any given direction you choose. Their range of motion is limited by a finite set of action points per turn, as displayed by the bubbles that surround them. Active abilities for each comprise a Stomp area effect for the Tank, a second travel burst for the scout (tap while in motion), an HP recovery effect for the healer (triggered by bumping into one of your other squids) and a long-distance shot (called “Eagle Eye”) by your ranged shooter.

You are not stuck with the character you begin with for each class, and in fact have various squids for each class type to choose from. The selection of alternate SQUIDS grows via unlockable characters you encounter and either defeat or with whom you complete quests throughout the story’s progression. For the most part they have similar stats, but they vary in appearance and can be individually upgraded via leveling up and auxillary items that are unlocked, discovered or purchased for virtual or real currency. That said, though the devs chose to allow purchase of power via real currency, this is not an imbalanced “pay to win” game. Though it teeters on the fine line that asks why you should pay money over the original purchase price to get an advantage, the game can be played without issue without spending more money; here your hard earned cash simply buys you time and effort. A further example of this is that you can spend either in-game earned currency (pearls) or real convertible currency to make a level easier. Again, while this is most often a taboo, here, it isn’t a game breaker.

Difficulty does escalate, however, and at time rather quickly, but a combination of understanding your options, patience and some puzzle-solving proves sufficient in almost every case.

What really helps SQUIDS along, beyond the lovely (award-winning) artwork, is that the integrated storyline really does add a sense of scope and context. Supported by a terrifically recorded soundtrack, Wild West actually improves on the original by immersing you in a seaworld replete with saloons, showdowns and even rideable seahorse mounts that can alter the outcome of combat. The Game Bakers have done a commendable job in adding an engaging story-driven physics-based action game to the iOS platform that can easily compete with the best that Angry Birds has on offer.

There are many iOS games attempting to dethrone the mighty Birds. A vast majority of them are either sub-par in their own right or simply too derivative to supplant it. In the case of SQUIDS however, this reviewer has unwittingly wiled away many sunny hours, lost in its undersea adventures. Is it mind-blowingly innovative? No, but it is as solid a new entry as can be found in this mixed genre.

Get SQUIDS Wild West at the iTunes App Store 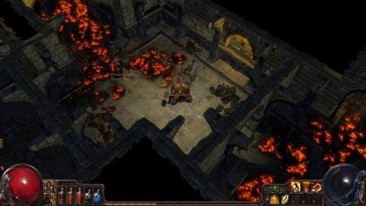 Path of Exile Preview: A Hack and Slash with a LOT of Choice 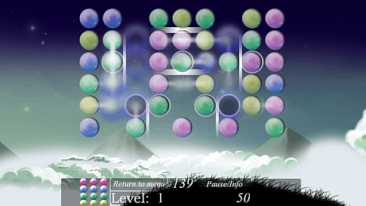 Review: But to Paint a Universe – does it sparkle?