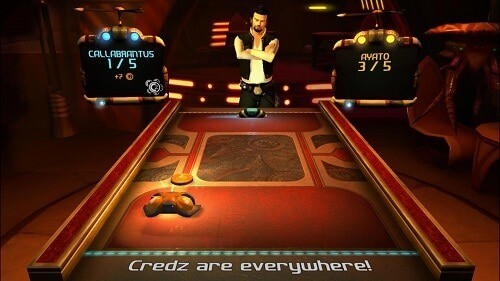 Shufflepuck Cantina Deluxe – What We Think:

Players familiar with the personal computers in the late 80’s may recall Shufflepuck Café by Brøderbund. The story underlying this latest version of the intergalactic parlor game closely resembles the original.

What could have been presented as a basic game of competitive air hockey gets tossed in a Sarlacc pit full of sci-fi references, where it slowly digests over a thousand years. What emerges is engaging, challenging and hilarious.

Do The Intergalactic Shuffle

Whoops! You crashed your spaceship. Fortunately the locals here can communicate with you via a Babel Fish-like gadget. The good news: Your ship can be fixed! The bad (but still really fun) news: You’ll have to defeat a host of opponents in Shufflepuck – a cosmic version of air hockey with a bunch of physics-defying tweaks and cheats – before those parts are yours.

The ship parts are earned by first unlocking chapters or segments of each opponent’s biography. Again, something that could at first blush seem achingly dry, but in fact works here as it creates a backstory to the parlor game experts you will face off against.

The mouse controls your paddle, which can be moved anywhere within your goal tending area. Contact the puck in an attempt to propel it past the shield on the other side of the table. Your foe will attempt to do the same to your shields, and you rally back and forth until someone’s defense breaks and a point is awarded.

With a good mouse, a quick wrist and some focus, any round of Shufflepuck is manageable. But if any of those three elements are off, you may find it a bit daunting. Concentrate…use the Force…

Don’t Puck This Up!

You begin in the lobby of the Cantina, where you’ll face your first low-ranking opponents and get some context about what you will need to get done to get off this space rock. Each opponent has a special attack and weakness. Some even have special pucks and paddles.

You can choose to play against a challenger in three modes: Duel mode nets the least amount of credits, but there is no penalty for losing. In Bet Mode, you can place a wager to reflect your level of confidence; just be warned that you will lose points if you don’t win the round. Finally, in Survival Mode, you will be engaged in a match until you or your opponent can string together a set number of consecutive points.

Defeating other players nets you valuable credits. These can be spent on additional play equipment, concept art and character biographies. Don’t be too quick to unload all of your winnings, as you’ll find that racking up more can take a good long while. That means Concept Art is out. Time is money baby.

These credits are also the path to unlocking the next five floors of this crazy space hangout. Perhaps the fastest way of earning them is by hanging in as long as you can against a much higher level character in survival mode. The longer you last the more creds you earn. So I recommend spending those creds to get access to higher floors and cash in on the high rollers early, it could save you a lot of grinding among the riff-raff in the lobby.

You will also earn experience points that level up your character. So there are three different systems to keep track of – your tokens, your points and your credits. Tokens can be spent in a scratch-and-win style gamblin’ machine wherein you flip over a series of cards you can bank at any time while mitigating the risk of turning over a skull wherein you bust. In other words, the devs have done whatever possible to elevate a single game style into a much broader experience.

Defeat a character a few times, and a sub-mission will appear the next time you address him. Once unlocked, you’ll have to meet the set of match conditions before you can face that character in normal play again.

Shufflepuck Cantina Deluxe excels in its creation of a vibrant, multi-storey intergalactic tavern that is packed to the gills with nods to science fiction’s most recognizable icons. If you’re wondering if the “Cantina” refers to a certain scene from Episode IV, you needn’t wait long before an unmistakable musical homage is pumping from your speakers ad nauseum. The send-ups lean heavily towards the Star Wars universe, but you’ll find others as you move up the competitive ladder including Hitchhiker’s Guide to the Galaxy, Mass Effect, Star Trek, Farscape and many more.

Subsequent levels continue this trend, with a character that looks exactly like Han Solo with a soul patch. Level three is the scene outside Jabba’s fortress in Episode VI. Perhaps mercifully, the music is different on each level, though at times a little odd; in the bar on level two is piano-based jazz that sounds like it fell off Charlie Brown’s wagon, and the third floor – the patio – features banjo-heavy tunes that perhaps were meant to convey the Wild West, but feels more like, well a casual Oregon Trail clone on your iPad rather than a rugged site for a showdown with aggro locals in the midst of a sandstorm.

Whether you see it as a tribute or overtly derivative, the game is a feast for the peepers. The visuals are nothing shy of gorgeous, and the animations are incredibly fluid. The tabletops feature ornate designs and the environments can be explored by moving the mouse left and right.

A Stable of One Trick Ponies

That said, too many of the character animations simply repeat – in fact there is simply one animation for their victory and failure states, respectively – which, although brief, is about as intriguing as an unskippable cutscene. It would be nice to see more variety here as it makes the game feel more like an animatronic theme ride than a vibrant rogue-infested stomping ground.

What works though, is that Shufflepuck fills that gap that went away with the death of standup arcades in the ’80s where you could play Space Invaders or take an extra large icy Coca ColaTM over to the blacklit air hockey table to face off against some darkly lit member of the public, or try to win some tickets at the Big Bertha machine.

Other than the various special attacks, the play mechanics are the same throughout. I must admit I was skeptical about what at first appeared a lot of dressing for a basic mechanic, but there is enough variety in the opponent roster to keep the experience fresh and entertaining, at least for a while.

While the table dynamics are fairly accurate – and no doubt the lion’s share of the effort went into getting this right – it sometimes felt a little programmy/floaty, and not quite as natural as it should in a game centered around the mechanic. Perhaps if the tables were a little larger, and the feel of the mallet was a little heavier. The option to fine tune these settings based on your preferred play style or mouse would be a welcome addition.

One more little gripe: Sometimes when entering Survival mode, aggressive AI opponents might launch the puck at you before the preamble screen has even left your FOV, effectively ending the wave before it even started. I’m all for overzealous adversaries, but you have to at least move the info screen out of the way first.

Crack a cold one and be patient: It’s going to take a while to collect your ship pieces. Should you care to stick around after repairing the vessel, there is a veritable wine cellar of extras to unlock. Whether you fancy a quick match over your lunch break, or you are digging in to topple all takers, and all caveats in check, Shufflepuck Cantina Deluxe ultimately rounds up to offer an unexpected fun escape in a slick-looking sci-fi package.

Get Shufflepuck Cantina Deluxe on Steam 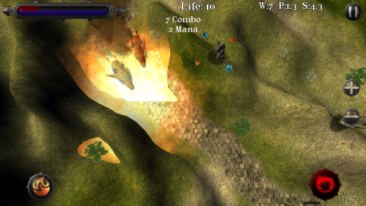 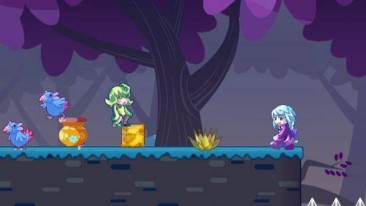