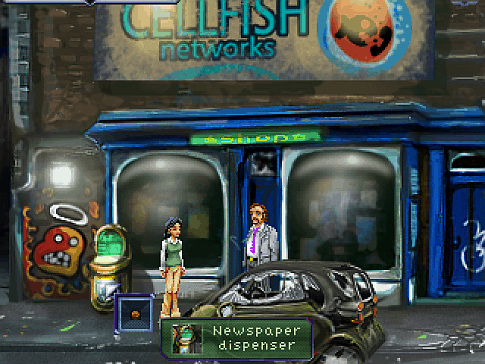 When a brilliant particle physicist dies unexpectedly, the race is on to secure his terrible new technology before it falls into the wrong hands. The lives of four playable characters become entangled as they fight against the clock to find the dead scientist’s secret vault.

The suspicions they harbor, the memories they guard, the connections they share – all will converge as these four ordinary people work together to prevent a potentially cataclysmic disaster.

Resonance is the latest title from Wadjet Eye Games and XII Games that offers traditional point-and-click puzzle solving and adventuring with a few unique twists of its own. Using a retro aesthetic, Resonance totes some impressive production standards and a complex plot that intertwines the lives of four key characters.

The game seizes its audience’s attention from the outset with a grim newscast of mysterious explosions occurring worldwide. The developers set out to make an impression early on with this opening cutscene and they succeed; while the style is clearly retro there is a noteworthy level of detail in the animation and a rich atmosphere is established early on. At the conclusion of the opening the narrative rewinds by sixty hours and we’re put in the shoes of Edward Bauer as he awakens in his apartment. A short scene here explains some of the basics of the game while giving the player a chance to dabble with the control system. The game soon sets out to introduce each of its key characters in a pleasingly non-linear fashion, allowing you to choose (in a somewhat abstract way) whose story you start first. It’s a testament to the writing and voice acting of Resonance that these characters are so engrossing so quickly. From Detective Bennet’s raw humor (delivered by Logan Cunningham, the grim narrator of Bastion) to Ed’s more reserved personality, these characters make for superb leads.

The story is well delivered with a variety of now somewhat established tools being used to provide background and exposition in the narrative; rather than limit itself to dialogue and summative narration, Resonance insists that the player think and explore to find out what’s really going on, from emails on computer networks to traumatic memories, the game uses many tricks unique to the medium to deliver its story.

The gameplay of Resonance is similarly well executed with some tough but satisfying puzzles. It’s fair to say that the game can be tad frustrating now and then, thanks to some time-consuming head scratchers that ultimately turn out to be minor oversights on the player’s part. That said, this is a characteristic of the genre as much as the game and chances are if you’re here for a point and click adventure you’re going to be expecting some tough puzzles. Thankfully the flipside is the eureka moment you get when you finally solve these conundrums.

Despite the occasional frustration, the puzzles are for the most part built on sound logic and with a little trial and error they can be solved at a reasonable pace. They are also easier to bear thanks to a strong atmosphere established by the retro-inspired pixel art–an impressive level of attention to detail has been applied to the game. On top of this a large portion of the environment can be interacted with and examined: Graffiti, flickering neon signs, computer terminals even plastic shrubbery- you can take a closer look at pretty much anything. And in Resonance, you will want to interact with as much as possible; the thoughts that go through the character’s heads as you examine objects can range from informative to hilarious. It’s also important to success in the game to be aware of your surroundings. Conversation with other characters is dependant on having the right topic to bring up and you can effectively “collect” topics by dragging them from objects in the environment to your short term memory. For example, if you want help turning off a broken water valve then you can drag the valve into your memory and then drag it from there into the dialogue box when conversing with the maintenance worker.

This system makes for a great twist on role-playing conversations, forcing you to consider everything in the environment around you when talking with someone. You also gather long term memories from story events and these can be viewed back or used in conversations in the same manner as short term memories. Altogether this makes for a reasonably non-linear conversation system that dips into role-playing conventions and it works wonderfully, forcing you to keep your mind open to the various things that you might want to bring up in a conversation. To top it off you can also bring up inventory items, widening your options further. As the game progresses you will be given the ability to freely switch between characters and this is tied closely to the gameplay. There are some well devised multi-character puzzles that require you to plan on several levels to put each character to use in the correct way. The lead characters need to work together to overcome some of the tougher challenges.

There are some decisions that can have fatal consequences for your characters, but in a rather neat quirk, time rewinds to the beginning of the scene so you can make a fresh attempt. The manner in which this is done is stylish and it fits in with the feel of the game a lot better than your typical savegame load would.

Altogether Resonance is an excellent point and click adventure that endeavors, quite successfully, to introduce some slightly more advanced mechanics than precursors in the genre and that force you to think in a variety of new ways in order to progress. With detailed animation and atmospheric music, the developers have crafted an absorbing world to explore. From hacking into mainframes to flirting on a subway train, Resonance has an impressive variety of scenes to puzzle through. It requires some patience but if you’re looking for a strong adventure game with a touch of nostalgia Resonance has a lot to offer.

One thought on “Review: Resonance – an ambitious adventure game from Wadjet Eye and XII Games” 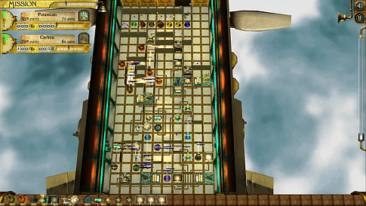 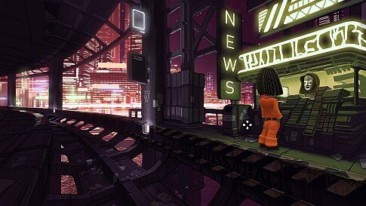 The Journey Down: Chapter 1 – An Indie Game Review