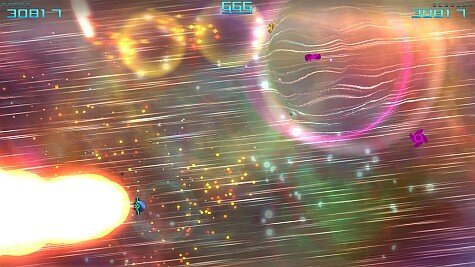 Way over in the big void of space live some aliens. They coveted [your planet] and would do anything to live there themselves. So what’s [your planet] to do? Yeah, blast through them all! Face off against waves of enemies, bosses, big laser planets, blackholes, wormholes, giant lasers, planets and asteroids across 7 game modes!

Everything is procedurally generated from the way YOU play the game, from attack patterns, strength of bosses and enemies, pacing between waves, generosity of bonuses…!

Really Big Sky – the next iteration of 2010’s “Big Sky” – is a bullet hell sci-fi shooter that features a ‘cheeky narrator’ that yaps at you, often to the point of becoming annoying.  The game starts out with a short tutorial that doesn’t really explain much: your ship can be upgraded with star dust that you have collected, and that upgrading your engines, weapons and shields is essential to getting high scores. These high scores are broken down by game types:

In a few modes, Pacifism, Marathon, and Boss Rush, before the game session starts you get something called ‘perks’. You can get a random number of perks, between 1 and 3. These perks drastically change if you get 30,000 points or 300,000 points.

These perks boost things such as engine speed, shield strength and laser strength thus one might assume playing a game with only one perk affords slim chance of getting on the top ten in the scoreboards for these game types. Well, that would be true if the scoreboards had more people, but as of this writing it is still rather easy to obtain a position in the top five.

The keyboard and mouse controls need a bit more work but are manageable enough with which to get high scores. The controls and are great, however, with an Xbox 360 controller; the feedback is so responsive I felt like I was back in an arcade playing on an old Namco machine but with all of today’s great features. The controls tie well into the graphics as well – I felt that precise shooting and graphical content really gave this bullet-hell shooter a lot of color without too much confusion. Unfortunately, in my own experience, despite its great controls and graphics the game didn’t run very well: before every death it would lag up, and menu screens where choppy and slow, making it hard to keep myself immersed in the world. At the end of every game is a simple menu asking if you want to upload your score to their databases, post it to your Twitter or if you want to reply or “Next” wherein next means moving on to upgrading your ship or exiting to the main menu depending on the game type.

The reply button has been something of a bittersweet blessing because it skips so many other menus to get back into the game, but the problem is just that – no one should fear perusing the menus, and I found even the scoreboard menu tough to navigate. When I wanted to see my scores from the Pacifism mode, it meant having to page through two other scoreboards, downloading each of them, and even then downloading these scoreboards seemed rather tricky for the game to do without issue.

The game does tie together to make a nice package which, if you can ignore or work through its flaws, can make it a nice deal.

Get Really Big Sky at Gamersgate

Get Really Big Sky at Impulse 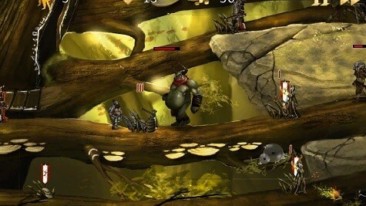 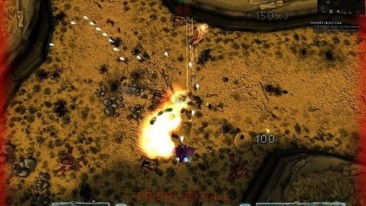