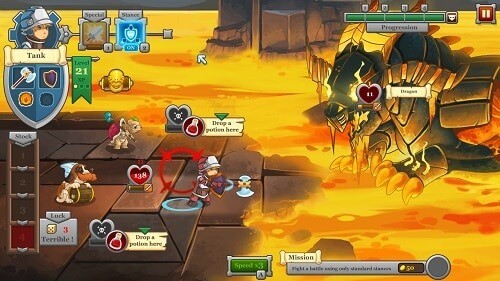 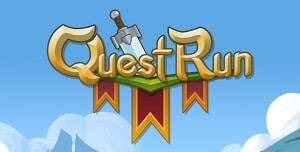 Let me state this up front – out of all the aspects of the classic JRPG that have endured through the last couple of decades, my least favorite is the dreaded turn-based battle. While the Active Time Battle improves on the static nature of the beast, it still comes off as a huge break in the action. Often following the random encounter (another high-ranking pet peeve of mine, matched only by silent protagonists), turn-based combat so often feels like a repetitive speed bump thrown in to keep the story from progressing too quickly.

Thus, I was shocked by how much I loved QuestRun; it strips away everything but an Active Time Battle interface. There is no story of which to speak, no world map to traverse, and no dialogue. It’s strictly battle after battle until a goal is reached. By brilliantly integrating a randomized inventory, unlockable hero sub-classes, helpful pets and an on-the-fly leveling system, QuestRun turns one my most loathed RPG tenets into an intense and thoroughly engaging tactical experience.

The visuals are vibrant, with gorgeous cartoon sprites, and a diverse host of enemy creatures to confront. As you clear stages, you’ll visit a wide variety of RPG-themed battle backdrops representing numerous terrain types. The soundtrack is lively and inspirational, though it starts to loop fairly early on.

Strictly speaking, there is a world map, though there are no towns to visit for loot and information. Instead, there is a smattering of points on the map, with some representing side quests, and others indicating a major dungeon. The majority of the locations start locked, with an indication of the number of crowns you need to collect in order to open that confrontation. Crowns are amassed by clearing any of these levels.

Three heroes, three enemies. Wipe out the foes, and move on to the next set of combatants. Rinse and repeat until you reach the endpoint, or your team is wiped out. Based on your luck, you may receive helpful items between rounds. These can include more powerful weapons, armor, potions and elemental runes.

Clearing certain rounds will call about a bonus, or unleash a peril. When it happens, you have to select one of the options, good or ill, and you’ll have to weigh it against the status of your party. Am inventory full of potions would be nice, but that will clear out all the items. Or you could take a chance with the gnome, and hope that the item he gives you will be really epic. For perils, you can take an arrow to the knee (har de har har), slowing a hero down for a spell, or you can opt to one of your teammates fall down dead. If you have a couple of potions on hand, it’s not so big a deal…right?

There is no cumulative progress save for the bonuses that you unlock (and these only apply to major dungeons). Each time you start a stage, all of your warriors begin afresh at level 1, and must earn experience points to advance in rank. By swapping character locations, you can opt to keep experience points balanced between party members, or you can create an uber hero with two support characters.

Characters earn an experience level for every three foes they defeat, and you must select which of three attributes you want to strengthen. Speed reduces the time a character takes between attacks, magic attack increases the power of mage-class basic attacks, luck increases the likelihood of more powerful weapons and items appearing in your inventory, etc. These modifiers are random, and in some cases it feels like selecting the lesser of 3 evils.

Head of the Subclass

The initial available side quests will help to ease you into the finer points of combat against some less threatening adversaries. Every mission begins with a collection of 3 hero characters from different classes, with the focus being on one class (a Paladin side quest, for example).

To complete the stage, you must learn to successfully make use of your team’s skills and survive to the end. Should you accomplish this, you’ll unlock a subclass that can be swapped out before entering a dungeon. These specialist forms come with advanced spells and beefier starting stats.

Shop ‘Til an Ultra-Rare Drops

Regardless of your level of success with each mission, you will earn gold that can be spent in the meta-shop. You can purchase additional character classes, pets that bestow various helpful effects when fed items, and vendors who will sell you equipment before you tackle a dungeon.

The Darker the Dungeon, the Brighter The Treasure

Once you have the basics down, steel yourself for a trek down into the dungeons. There is serious loot to be obtained, including rare crystals that can be traded for impressive items in the metashop. You may have purchased a shop upgrade that will allow you to slightly augment your characters’ starting gear (for a slight cost). You’ll also be able to swap out a class for the associated sub-class, should you have it unlocked. If you don’t care for the party you’ve been dealt, you can re-roll for the cost of 10 gold.

Be warned: the trek is an arduous one. A dungeon crawl takes much longer than a side mission, and a successful journey to the last stage is met with a harrowing battle against a boss creature. There are no save points, so getting wiped out at any point means having to start from scratch.

Luck Be a Damsel Tonight

At no point will you be able to just sit back and let the battles happen; to succeed, you have to be prepared to change tactics to suit each new scenario, and quickly. Luck certainly plays a role in the game, but ultimately, skill is going to serve you better. A golden opportunity may present itself randomly, but without the quick wit to implement it in time, its usefulness quickly goes out the window.

That’s the beauty of QuestRun. By making leveling up and inventory tasks a real-time concern, it takes one of the most repetitive tasks from the RPG genre and turns it into a challenging (and often frustrating) task that demands your full attention. You’ll likely lose a lot before you finally clear a stage, but it makes the taste of victory all the sweeter. Clearing your first dungeon is like unto ambrosia.

And then, of course, the next dungeon awaits.

Vote for QuestRun on Greenlight

Watch the trailer for QuestRun: 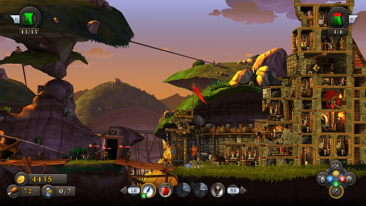 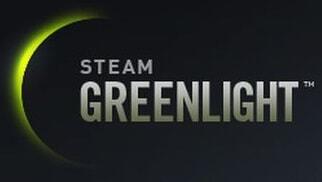