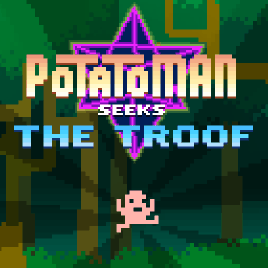 Potatoman Seeks The Troof: What We Think

From indie developers Pixeljam – makers of Dino Run SE [our review] and Gamma Bros – comes an unforgiving 8-bit platformer reminiscent of Intellivision and Atari 2600 games like Pitfall wherein your only method of articulation is pressing right to walk, or the jump button. The option to just stay still is also an important action choice.

I first encountered Potatoman in a crowded, sweltering hot tent at IndieCade 2013 where the game reps observed me with bemused expressions as my peach-colored pixel blob ate shit over and over again via an alarmingly varied and unpredictable catalog of methods. 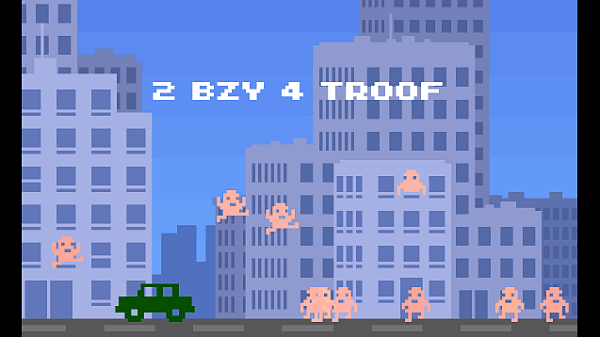 Days later, weeks and months later, I found myself strangely thinking about the experience again, churning in my mind as I considered other ways I could have solved the established obstacles (the assailing obstacles are not randomly nor procedurally generated; you just have to learn them).

At first I was a little flummoxed by my apparent lack of power in this treacherous world until it became clear that sometimes not doing anything was also an integral choice. Sometimes leaps of faith were what were required – that is to say – faced with a row of cacti impossible to leap over, you just have to take a run at them as they all pop over your head in succession.

But wait, that last one doesn’t fall in the same pattern and so you must account for its descent in front of you, so your timing is crucial in stopping your mad dash lest you choke and lose a man.

I was a fan of Intellivision’s incredibly provisional graphics. I recall it featured many “sports” titles, but the abstract graphics took them to a different level, like an iteration on PONG, wherein the paddles had grown odd tentacles and added a jerky rage against the machine, an unintentionally additional challenge, like you were fighting against the limits of the technological boundary to push through to victory.

While Potatoman adheres to these graphical restraints, it is decidedly contemporary. The movement is fluid, the animations are intriguing and the musical score is one that I might purchase alongside Daft Punk’s score for TRON blended in a Chiptunes VitamixerTM.

And beyond the deserts, forests and cities, there are levels that go beyond the terrestrial and into the mysterious world of our very consciousness – well the consciousness of a potato. man.

Thus in strictly technical terms it is more akin to Terry Cavanaugh’s VVVVVV than Intellivision’s Frog Bog with a little Frog Fractions psychedelia thrown in for good measure.

Though this ontological, deceptively minimalist side-scrolling reflex fest is not yet on Steam, I was happy to find it on OUYA and I strongly feel it is one of the best games in their current offerings.

Pixeljam has created a winner with fairly good replay value in spite of the fact that the levels are essentially trials of memorization and timing (hey it worked for Super Mario), in contrast to the many randomized games so prevalent among its contemporaries. Pixeljam hath wrought a title worthy of your cash, especially among OUYA’s roster.

Get Potatoman Seeks the Troof on OUYA

Watch the trailer for Potatoman Seeks the Troof: 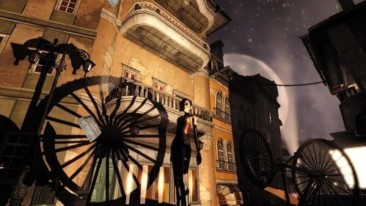 Review: Contrast from Compulsion Games – Playing with Light and Shadow 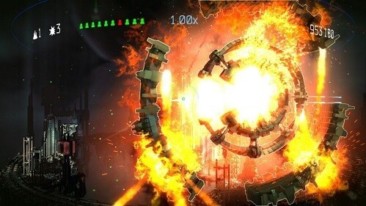 Review: Resogun from Housemarque for Playstation 4