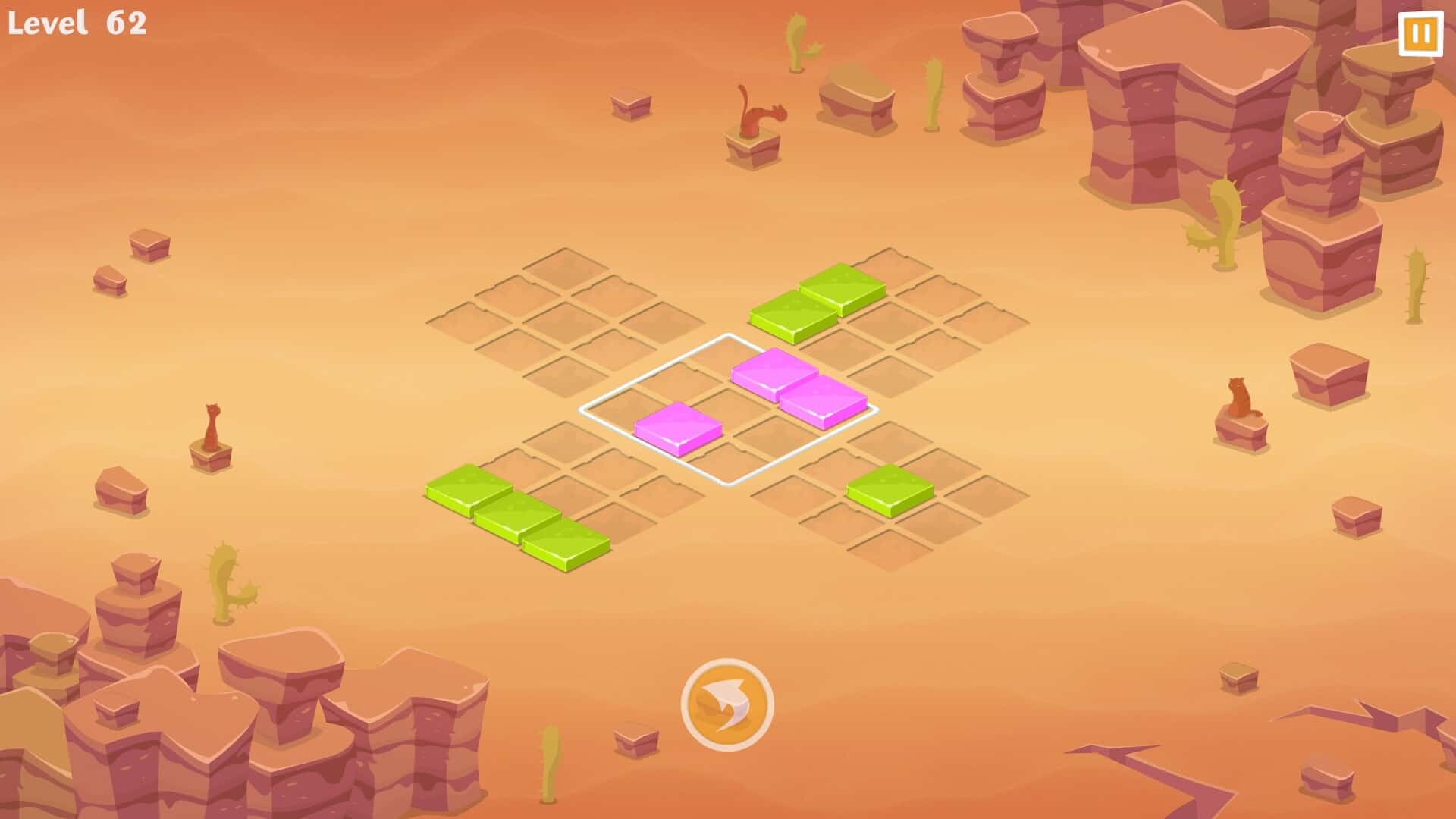 Let’s get one thing straight: Perfect Fit – Totemland by Homiebear Studio is not a Tetris clone.

It’s very easy to label a puzzle game with blocks as a game in the style of Tetris. Perhaps most – if not all of them – are inspired by Tetris, but there is one thing Tetris has that distinguishes it from titles like Perfect Fit.

We’re all familiar with the standard shapes that Tetris uses. One thing the general public may not be so familiar with is that these shapes used in the game Tetris are trademarked as Tetromino (Tetrominoes as plural). This refers to the five shapes that groups of only four perfect squares can join together to create. 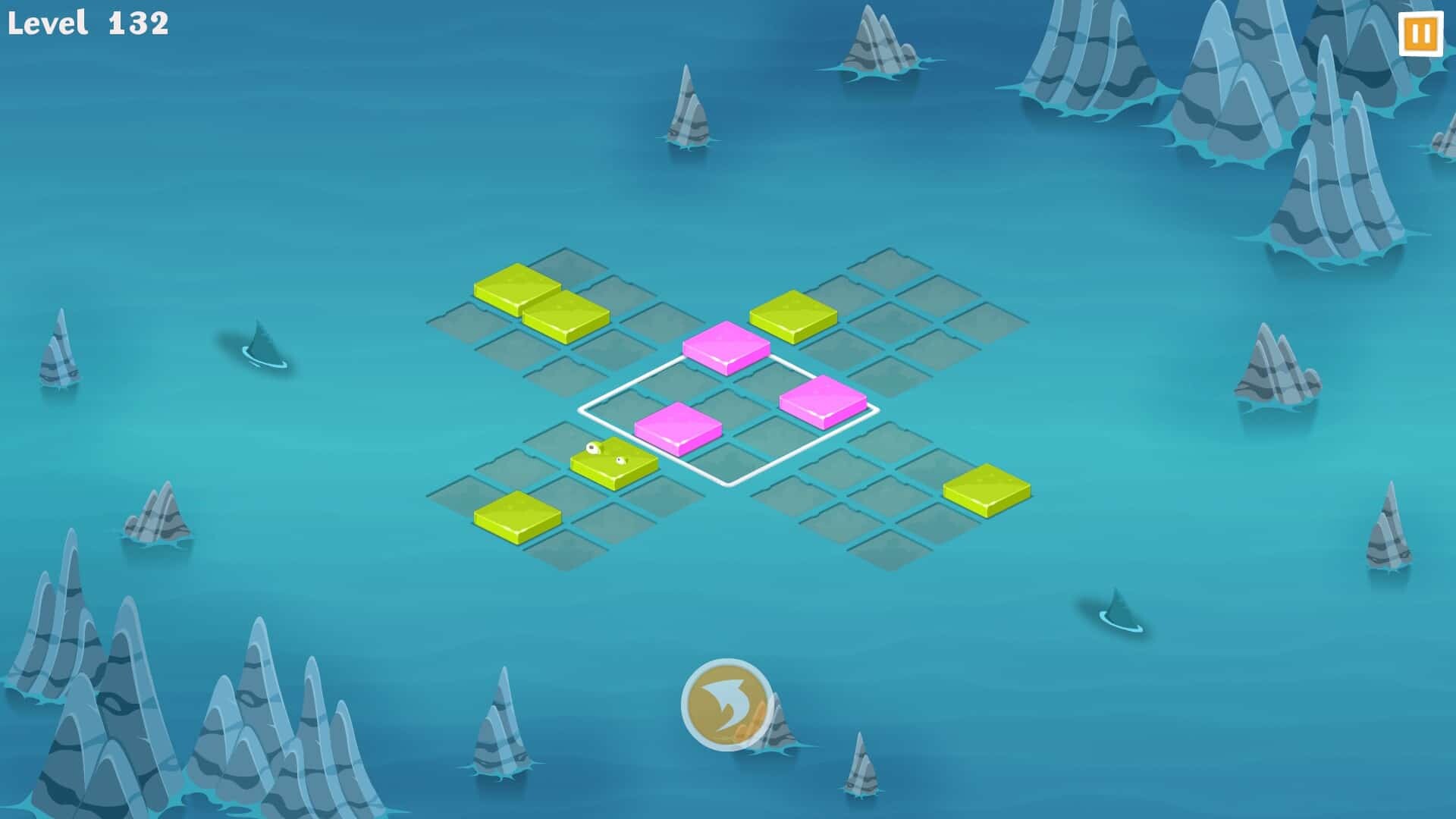 So If It Isn’t Tetris, What Is It?

With said information in mind, Perfect Fit is a different sort of puzzle game. The object of Perfect fit is to fill up a center area with pieces of blocks that lie in each square grid on each side. Each square grid has a shape inside (which may or may not be a Tetromino) and in order to fill the center grid, the pieces have to be activated by pushing them into the center in the right order.

Perfect Fit contains over 300 levels, with more on the way. Gameplay itself starts very simple before throwing a few tricks into the mix, but still remains relatively simple. Green blocks remain stagnant and can be activated to go into the center at any time. More often than not, at least one grid area will have blue or pink blocks. Blue blocks are on the outside grids, and these will rotate every couple of seconds, forcing the player to strategically decide as to when they should be pushed into the center. Pink blocks reside in the center grid, and those will also rotate every few seconds. What makes the pink blocks interesting is that any blocks sent into the center grid will continue to rotate at the same rate. 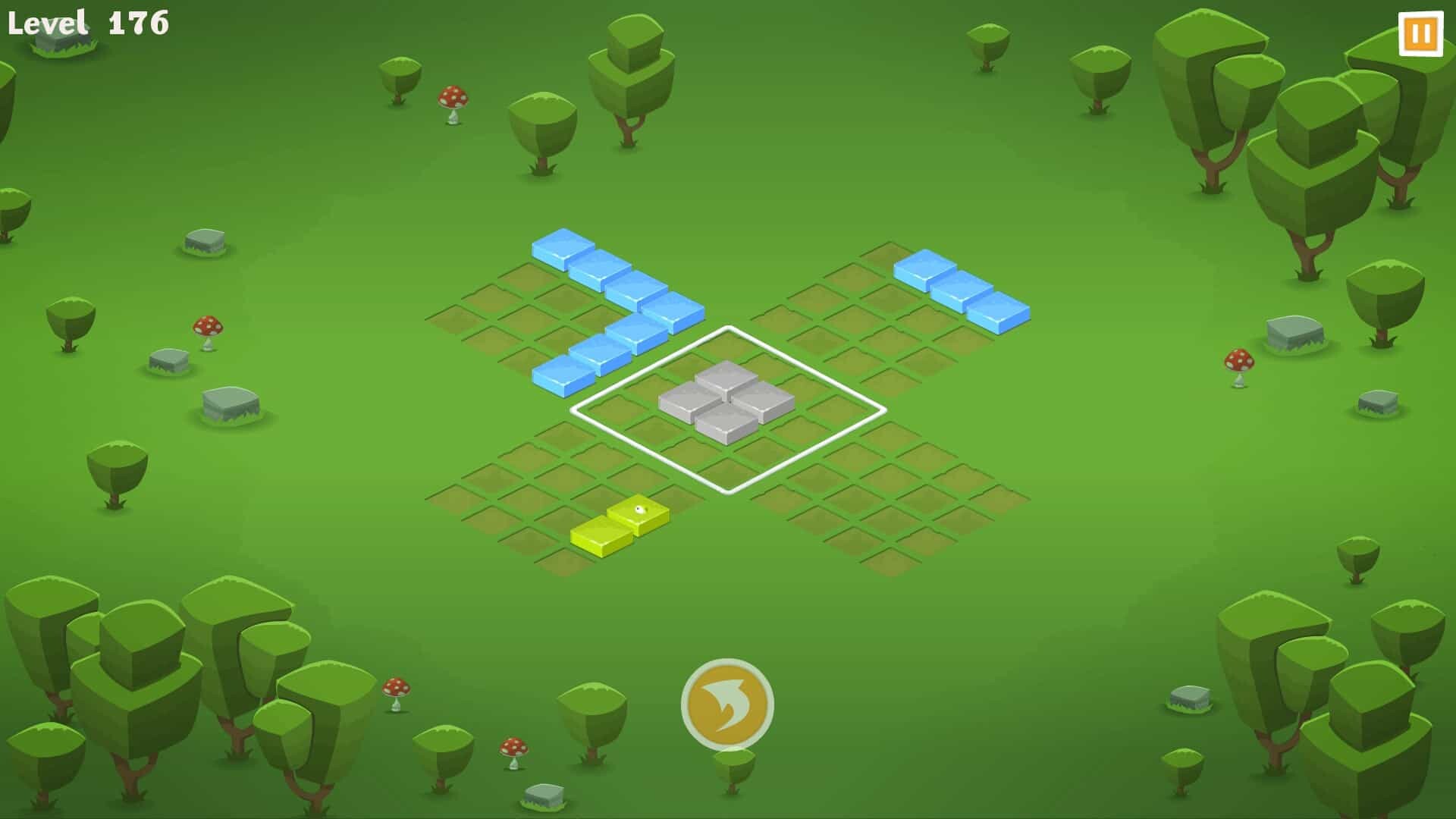 Amping Up the Difficulty, but Not Really

Starting with a three-by-three grid and then moving up to a four-by-four grid, difficulty very gradually increases by slowly and incrementally introducing new mechanics. Scores are added up, and each level also has a three star rating system based on player performance and how often the undo button is used. However, I wouldn’t exactly call it difficult. Regardless of this, is Perfect Fit fun? 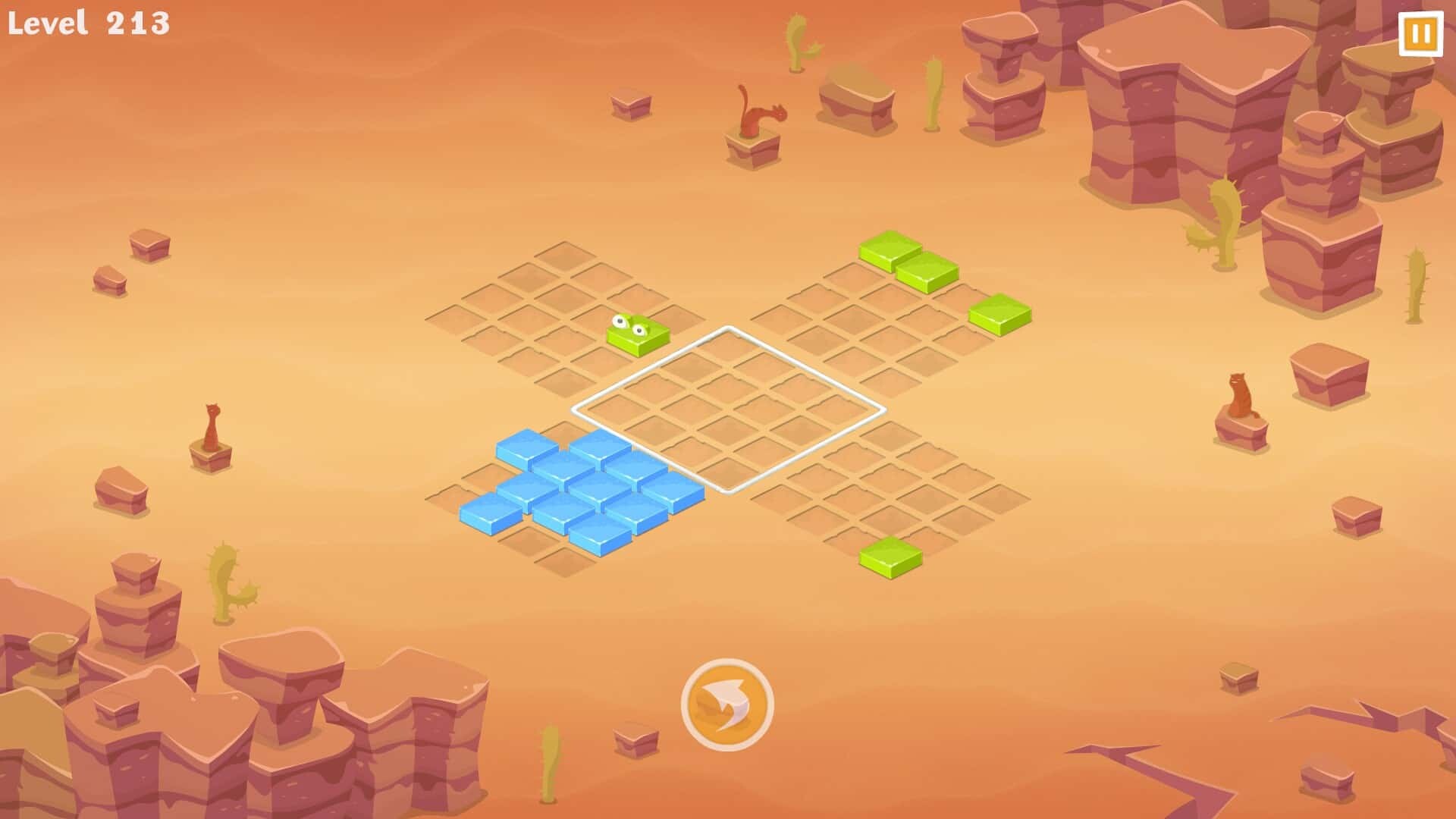 As I was playing this game, I was around several people who stopped what they were doing to watch me play it. Since gameplay is so simple, it seems like something that even the most casual gamer can jump into. The people watching quickly seemed to lose interest as I plowed through level after level, so I inquired if they would actually try playing the game. One person said they would play it, but probably would get bored after a few minutes. Another person said that he wouldn’t play it, but his significant other would most likely enjoy it. 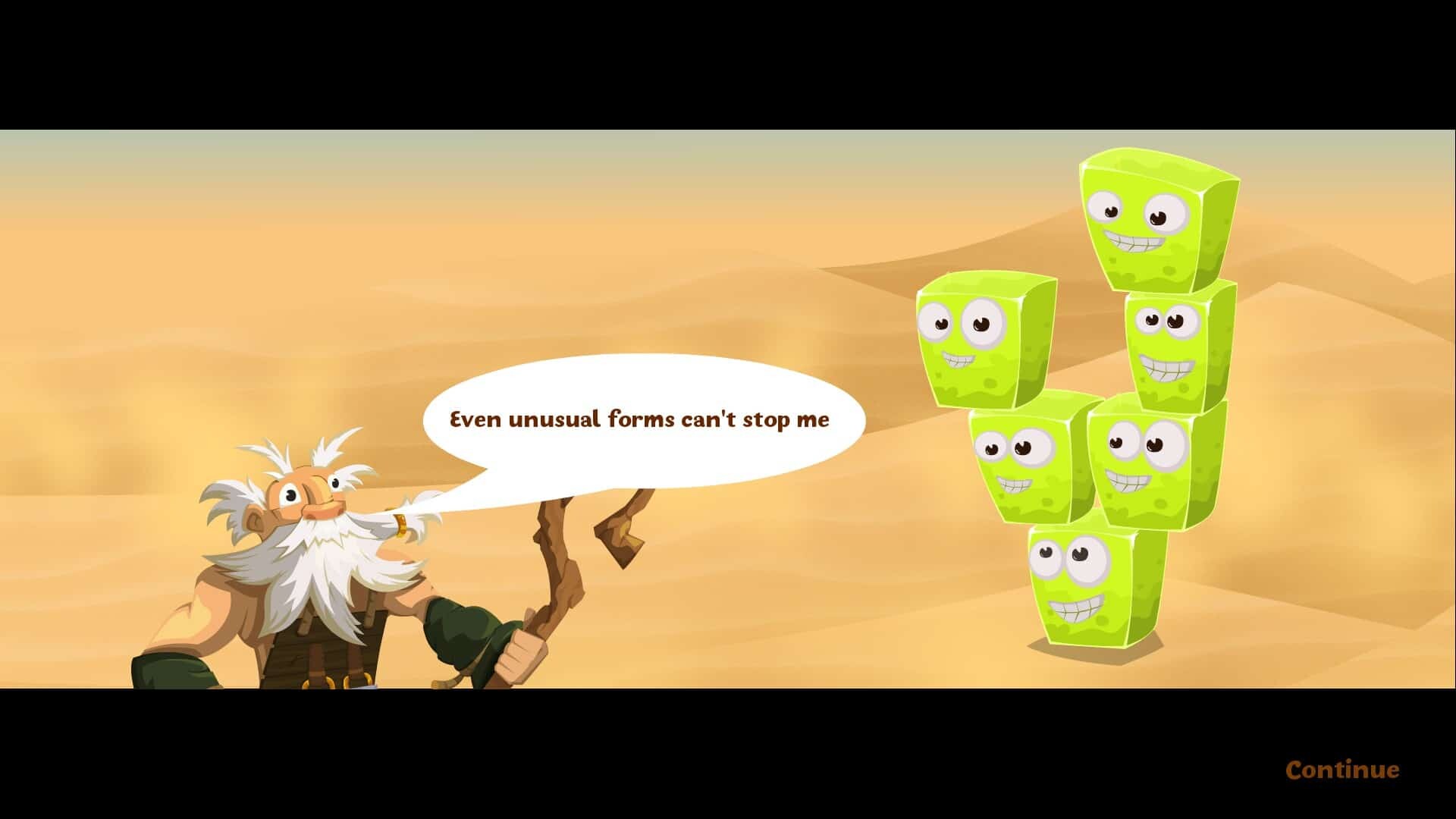 Will This Be a Perfect Fit in Your Game Collection?

This led me to the following conclusion: this casual puzzler is a “perfect fit” in the games collection of your uncle or your mom. With the almost childlike presentation, one would think that it is marketed towards casual gamers of all ages, but given the attention span of today’s youth (I like to still include myself in that category, at least for another year or so), I would say Perfect fit would be better appreciated by an older crowd looking for a way to kill a couple of hours on the computer. There aren’t a lot of meat and potatoes within Perfect Fit, but it makes for a decent light snack.

Watch the official trailer for Perfect Fit – Totemland below: 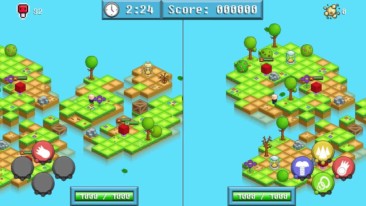 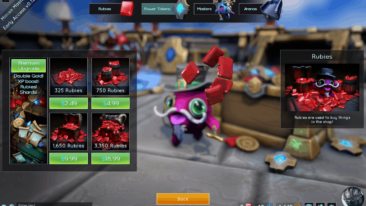