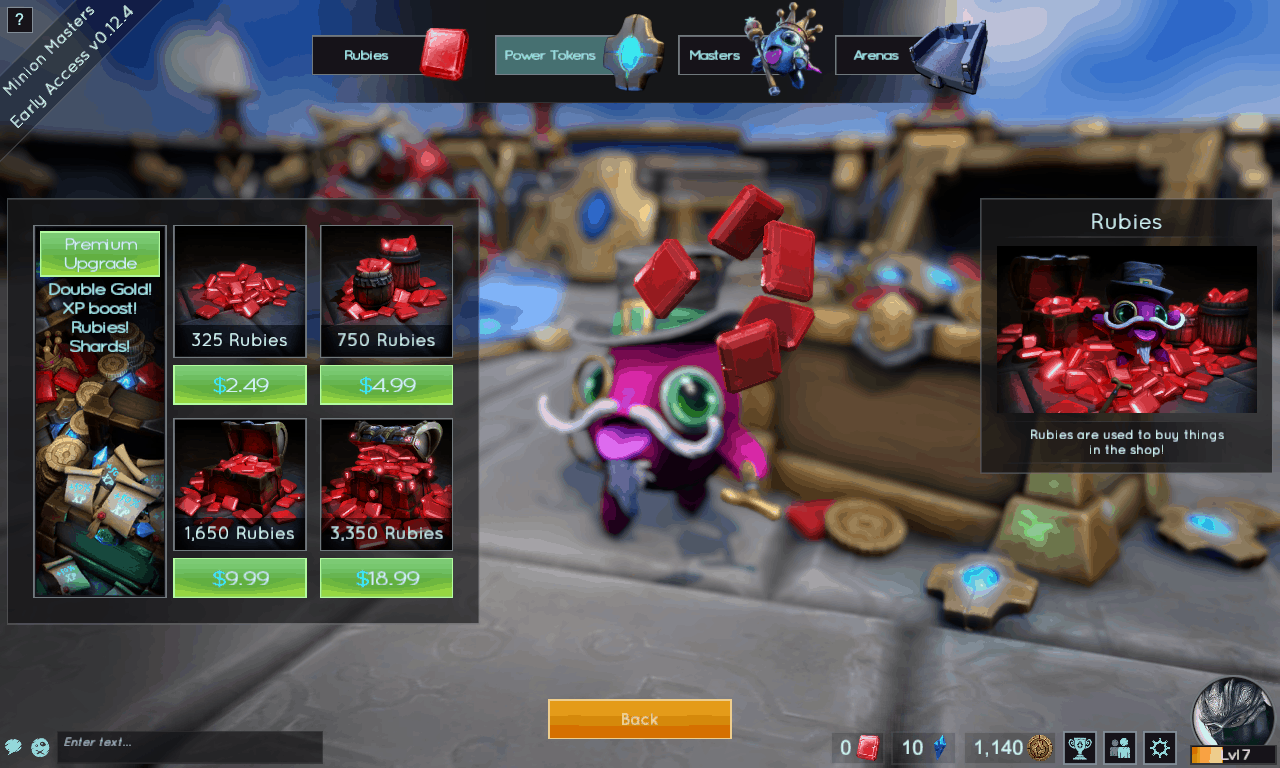 Minion Masters is a one-on-one tower defense game with a focus on managing Minions that will fight to defend you. It’s a game that strikes a great balance between not being so strategic that you have to read pages of text in order to understand what to do and not being so simplistic that you feel unchallenged. 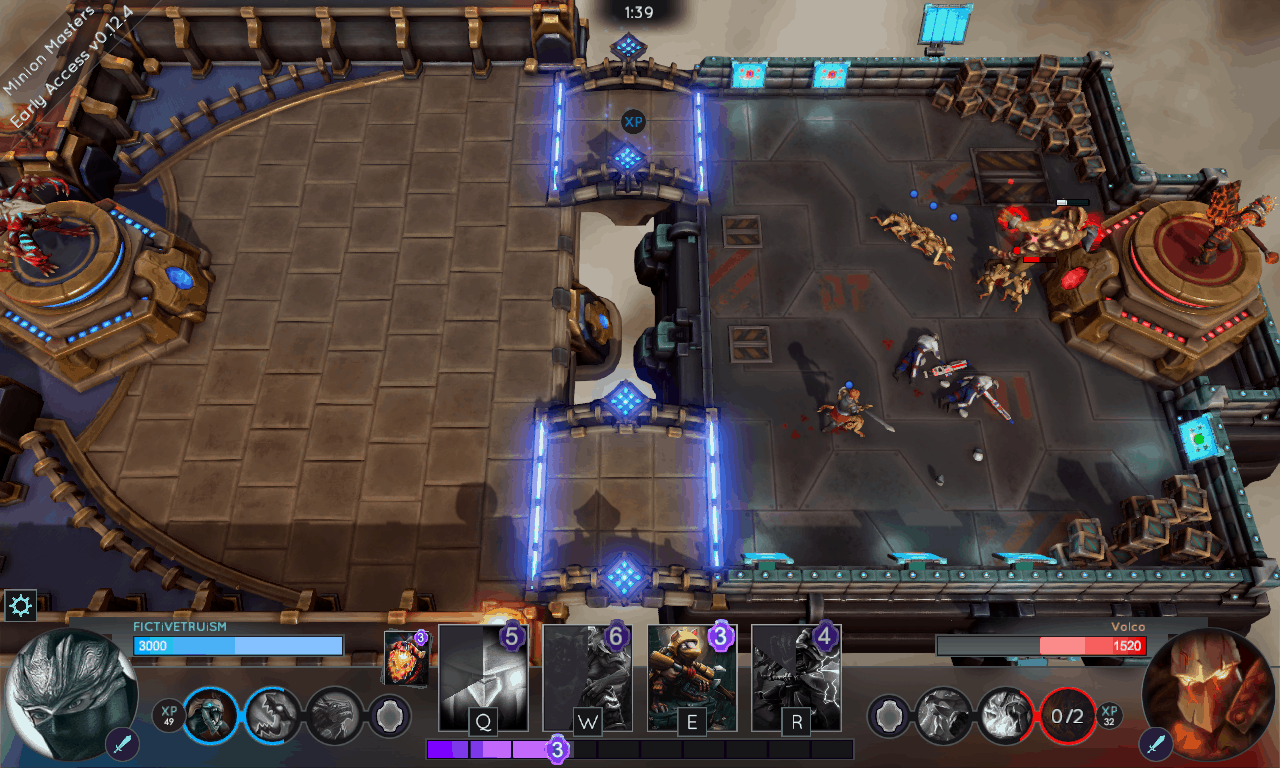 The goal of the game is to protect your tower while simultaneously trying to destroy your opponent’s tower. You do this by deploying Minions that automatically move forward and attack when they encounter your opponents’ minions. You have four Minion cards out at any time, allowing you to deploy whichever one you want. Once cast, the Minion card goes back into your deck of cards and a new card is drawn.

Deploying a Minion costs a specified amount of mana, which regenerates automatically choose during a battle. Deciding whether to play a more powerful Minion that costs more mana or a weaker one that costs less is a struggle.

Deploying minions is the main mechanic of the game, and it’s deceptively simple. Minion types range from long range attackers to slow but powerful melee fighters. Certain Minions are also more effective against other Minions. For example, flying Minions are a good counter for ground-based melee characters, since they can’t be hit by them.

Knowing when to deploy and why is where the strategy in the game lies, and it’s imperative if you want to beat your opponent. It can be pretty tense and fun when it’s a close game, down to the wire and the right Minion card is deployed just in the nick of time.

The great thing about this mechanic is that it’s easy to wrap your head around.

Besides Minions, you can also choose a Master with which to go into battle. These Masters have certain passive abilities that can be acquired during matches using XP. XP is gained during the time you’ve held control over bridges on the map. Passive abilities like attack power boosts or extra health are awarded when you reach a certain amount. Masters can be interchanged between matches and vary to favor specific play styles. 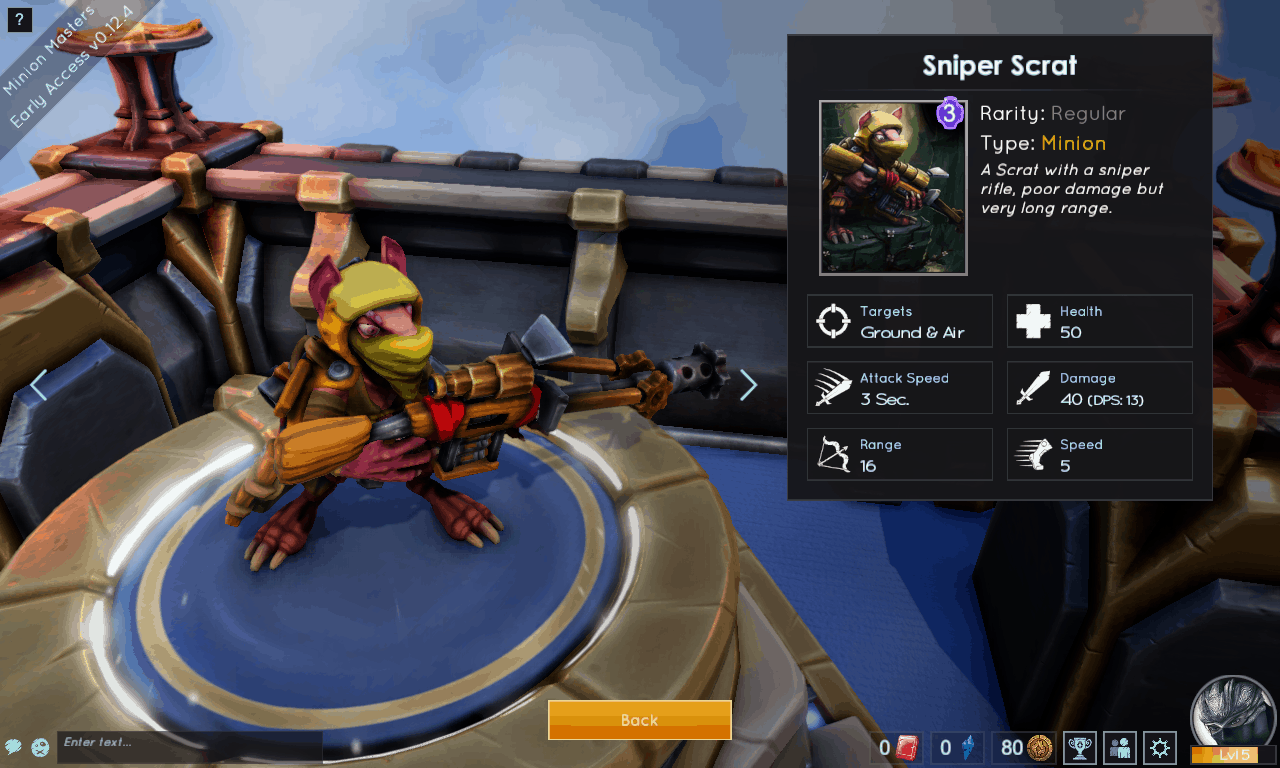 There is also a card management system that lets you shape your battles. When you go into a battle, you have a handful of Minion cards, which can be removed or added to your liking outside of battle. Since the Minions are so varied, you can build all kinds of decks that focus on specific styles. Choosing whether to have a defensive warrior or a long range sniper is a tough decision. This adds some strategy outside of the battles, if of course you have a number of Minion cards to choose from.

Minions along with Masters can be obtained by using Rubies which are purchased with real money. Rubies are the game’s microtransaction currency and the most valuable currency in the game. You could theoretically spend some real world money to buy a bunch of Power Tokens in order to randomly get more Minions. The more Minion cards you get, the more options you’ll have in customizing your Minion deck or play style.

The alternative is to acquire 1,000 gold to purchase one Power Token. But since you gain small amounts of gold from battling others, this option is a lot more of a grind. It doesn’t necessarily feel pay-to-win, but it’s close, since buying Rubies is the smartest way to stay competitive.

The game has a nicely rendered fantastical art style that manages to make everything cohesive. A rat creature holding a wooden sniper rifle fits surprisingly well beside a devilish Minion holding a giant cleaver. It’s also a style that doesn’t take itself too seriously, either, since it has goofy and cute Minions. I appreciate a game that is able to feature such a visual variety, it makes acquiring Minions exciting, since you really have no idea what you might get next.

Minion Masters is a nice alternative to similar games like Clash Royale. Since the game is still in development, I look forward to what the finished product will be. It has a lot of potential to be one of those addicting games you play for 30 minutes each day. I do have concerns with the micro-transactions in the game, but hopefully it will be balanced enough that you don’t have to spend cash to enjoy it fully.

Minion Masters is available via Steam.

Watch the official trailer for Minion Masters below: 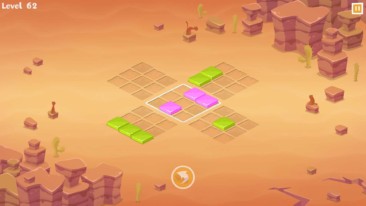 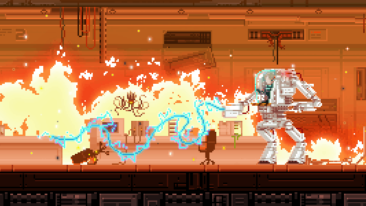 Happywulf’s Most Anticipated Indie Games in 2017