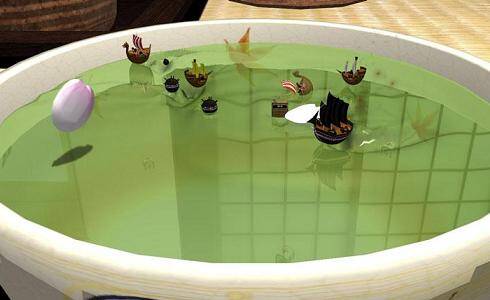 Epic Maritime Skirmishes on a Teeny, Tiny, Teacup Scale! Captain your miniature pirate ship, sink your enemies and use crazy power-ups including Shark, Squid and Ninjas in a bid to become the Master of the Seven Teas! Play through the single-player campaign, battle your foes in local multi-player through 3 different modes or team up with another captain and take on wave-after-wave in Armada.

Master of the Seven Teas is a simple game that offers straight up action to the player from the outset. Using a novel miniature setting for its ship based combat; the game puts the player in a small arena filled with power-ups and enemies. The player can then go to battle against enemy ships while collecting upgrades and avoiding randomly occurring threats.

Rather than placing this ship based battles at sea, Master of the Seven Teas, unsurprisingly, features naval warfare in a tea cup. The game features a main single player campaign along with a handful of other modes that can be played with other players. The campaign involves surviving several waves in each kind of tea cup. Each cup features a climax against a boss wave and once this is defeated, you move onto a different cup. A True Test of Kettle

The gameplay is enjoyable, if a little basic. The ship is moved with the analog stick and the cannons are fired with the left and right triggers (one for each side of the ship). Unfortunately controlling your weapons can be a bit fiddly as remembering which side of the ship you’ll fire from with each trigger can be a bit tricky when the ship is moving down-screen or at unusual angles. This isn’t so much of a problem with the default weapons (which have infinite ammo) but it can lead to a wasted power-up now and then.

Power-ups range from improved basic weapons such as grapeshot to special one use attacks like ninjas or sharks which are launched from the side of the ship onto an adjacent vessel, doing extreme damage. There are a few different kinds of enemies but the main difference between them is health and they all fight in the same way.

It’s Been Too Long, Oolong

The differing environments offer a little more variety. While the different cups vary aesthetically they also offer an array of environmental obstacles. The English tea cup, for example, has sugar cubes floating around while the picnic tea cup features a fly that occasionally attacks ships. This makes for a little extra variety but the game remains largely the same from level to level.

There are four multiplayer modes, one of which can also be played alone. Loot mode involves collecting as much loot as possible- the player with the most at the end of the game wins. Guv’nor mode is a variation on this, allowing players a constant stream of income so long as they hold the guv’nor. Last pirate sailing mode is a simple deathmatch where the last ship standing wins. Armada can be played alone or with friends and it’s a wave survival game. These gameplay modes are variations on the main game which is to simply sail around the cup, collect power-ups and slay your enemies. Unfortunately this isn’t really enough to give the game a great deal of longevity. Thankfully the principle gameplay is reasonably fun and you could certainly break it out for a short game or two with friends.

Aesthetically Master of the Seven Teas is pleasing to the eye and it makes the most of the different themes for each cup of tea. The music retains the same tune throughout the game (and it can get a little irritating) but it changes slightly for each of the different environments. Altogether the game does a good job of establishing its own feel.

Not to Be a Tea-totaler

Master of the Seven Teas is a very simple and straight forward arena action game. The gameplay is fun for a while but it lacks any real depth and you’ll likely grow tired of fighting through waves of enemy ships sooner rather than later. That said, for the low price this game could offer a quick bite of multiplayer fun or an enjoyable time-sink for when you have thirty minutes to kill.

Get Master of the Seven Teas at Xbox Live Indie Marketplace 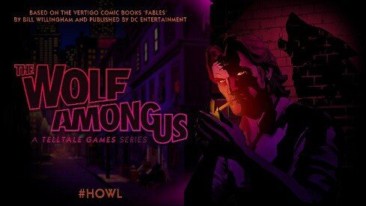 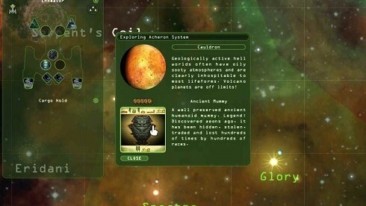