Gamestar Mechanic is a game and community designed to teach kids the principles of game design and systems thinking in a highly engaging environment. It is designed for 7- to 14-year-olds but is open to everyone. We’ve included features in Gamestar that make it useful for kids playing the game on their own or with family members at home, as well as in moderated and educational settings.

In spite of its targeted pre-adolescent audience, Gamestar Mechanic is like Battleship – aimed at the kids but legitimately enjoyable by all ages. In fact, GSM is something of a revelation – a self-contained galaxy, and a dream for young and/or aspiring game developers to work out their understanding of how and what works before moving onto more technically demanding game development platforms – a gateway drug, as it were, to GameMaker or Microsoft’s App Hub. The amazing thing about it is that is fun enough to keep you glued to its offerings whilst constantly improving your understanding of what works and what doesn’t. Even a savvy programmer would benefit from this sketchpad for level design.

The essence of Gamestar Mechanic is this: you enter a quest-mode consisting of illustrated manga-style panels that steer you towards a gameplay objective, making evident the problems and solutions of a given level that you must eventually correct in order to create a great game. As you progress, you are, in fact, developing your own redistributable title (for non-commercial use) that can be linked, emailed, or even embedded anywhere on the web.

If there is a small quibble here, it is that the utterly engrossing free solo campaign feels too short. Yes, it is a generous offering, and yes it teaches some very important fundamentals about game design and mechanics, and *breath* yes it allows you to create and publish games as well as actively critique, play others’ games and benefit from the community, but even still, it could be expanded given how much more there is to access from the Premium content.

Given its altruistic intentions, even more could be afforded the credit-cardless aspiring game dev, without giving away the keys to the farm. We asked the developers about this and they tended to agree and promised expanded options in the near future, even hinting at some more advanced toolsets that are in development for those who will want to go beyond the basics of level design and into that bridge-area to programming concepts.

Having said that, there are more than enough bonus quests and free contests that allow you to expand your arsenal and further develop your game design education.

I also wish that the story panels in the quests included some sort of sound design; it is a bit jarring to move from the animated sound design of the game levels to dead silence as the story progresses. Because these comic panels are advanced by clicking, a simple event-driven sound effect, or perhaps even ambient music background would do much to enhance the immersion of the plotline experience.

Joyfully, the adventure does continue, and at length with the premium features, which also introduce a series of not only advanced sprites, backgrounds and gameplay styles, but analytics for developing a better understanding of how people are playing your games.

Would that all engines or platforms afforded such insight into our releases! This alone, as a system for inquiry into our level design, is worth the cost of admission.

The stats page not only provides a one-look overview of how many people have played your game, but also how many completed each level of your game, providing clues into the progressive level of difficulty or interest that allows you to tweak it for maximum impact. User reviews can be given in the various aspects of your design including gameplay, visuals and storytelling so you know where your game shines and where it needs further development. In a word – resonance – with your audience.

Try out our my first game creation – a top-down puzzler called “Descent” on GamestarMechanic.com.

A top-down design can quickly be transformed into a platformer wherein gravity is added and so all non-locked elements fall to the bottom of the screen, forcing a rethinking of the design, and toggling navigational sprites for physics-based ones. A seemingly simple, deceptively powerful feature.

While we identified several small bugs, mostly having to do with hanging pop-up windows or the server not recognizing certain unlocked items, these were quickly acknowledged in a quick response from the developers and none proved sufficiently grave to stop the enjoyment of the experience. It is clear the developers are attentive and interested in patching every glitch as quickly as possible.

Gamestar Mechanic works as a game, as an educational tool, as a game development environment and as a social media site. That is a tall order, and more amazing to behold in action.

Do yourself a favor and sign up now, absolutely free. (As Scott Price pointed out, many of the top game designers at GSM have never had to pay a cent since it was in alpha, and are still not only having fun but building games). 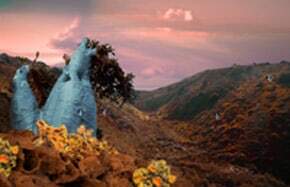