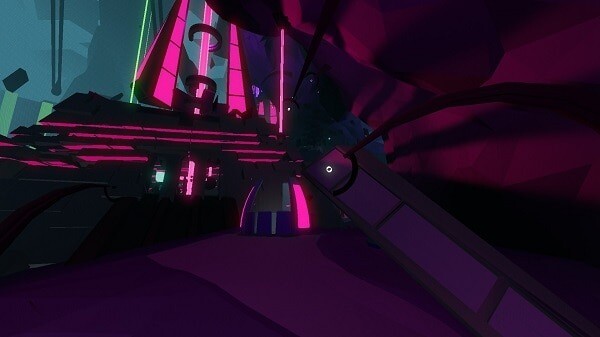 Fract OSC – What We Think:

Phosfiend Systems’ FRACT OSC is a first-person puzzle game wherein you literally explore sound synthesis. Unlocking puzzles unlocks new sounds, and every sonic component to the game has a visual component, as well, all rendered in semi-abstract neon shapes. It makes for a beautifully immersive experience like none other, and there’s a sense of almost psychedelic joy to be accessed simply by wandering the landscape and listening to the music it generates. 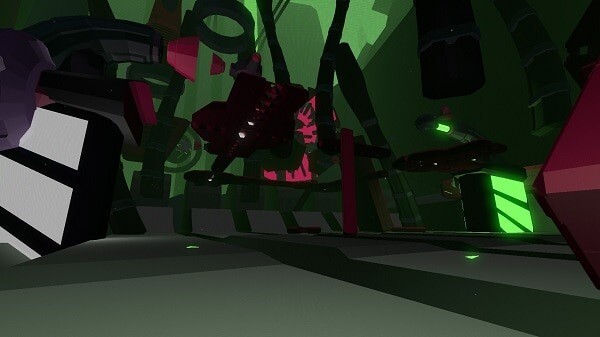 The game’s sound design is amazing, of course (FRACT OSC won the Audio Design Award at this year’s IndieCade). Built around the concept of analog synthesis, the hums, bleeps, tones and arpeggios generate an atmosphere somewhere between contemporary ambient acts like Boards of Canada and ambient music pioneers like Brian Eno and Yellow Magic Orchestra. It’s a welcome respite from the generic techno and trance usually employed by “musical” games. 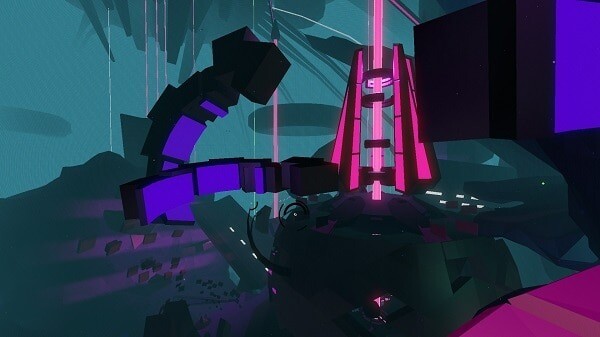 It looks lovely, as well, a leisurely wandering through a digital landscape of abstract forests punctuated by neon ziggurats. It’s a little like Proteus, only instead of a pixel art island, it’s a prog rock keyboardist imagining cyberspace as portrayed in an early William Gibson novel. As you manipulate elements of the environment, new vistas unlock, each accompanied by new bursts of neon light, humming tones and eventually complete rhythms and melodies.

A Difficult Sequence of Sequencers

More than a beautiful environment to explore, FRACT OSC is also a difficult puzzle game, at times even fiendishly so. There’s no real guidance or explanation, so you’re left to simply explore the environment, find the puzzles and hopefully solve them.

Making matters worse is the fairly abstract nature of the puzzles themselves, many of which involve manipulating abstract shapes and light beams. Following these tend to be sequencer puzzles requiring you to program various musical patterns; you don’t have to be a diehard synthesizer geek to handle these, though it certainly wouldn’t hurt. 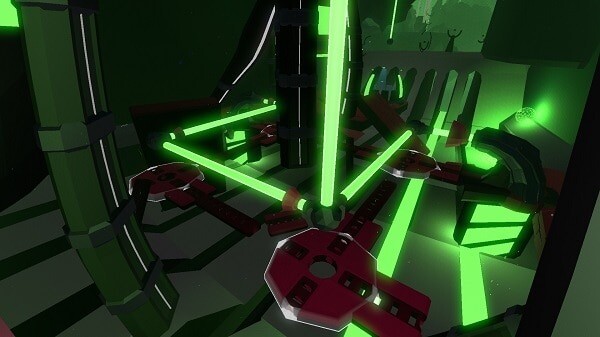 It’s the puzzles themselves, one might even say the core “game” element, that keeps FRACT OSC from being everything it could be. The puzzles start out difficult and quickly move right into frustrating. Unless you’re a master at logic puzzles, you’ll find yourself quitting the game in disgust, angry at yourself for not being able to solve a particular puzzle and equally angry at the game for being so difficult in the first place. The beautiful environment will eventually suck you back in, most likely with the help of a YouTube walk-through, but it’s hard to completely love a game that can so quickly shift your mood from wide-eyed wonder to complete frustration. 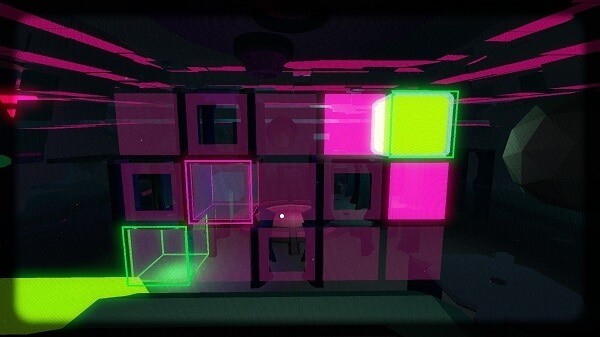 The real genius of the game, though, is that it’s not just a music game, it’s a music studio. With each puzzle you solve, you not only unlock new vistas to explore, you also unlock new sound equipment to play with in the game’s studio interface. Get through the first few puzzles, and you have enough to start recording simple melodies. Keep progressing, and you’ll unlock a complete studio, with multiple tracks and sounds. (You can also unlock the studio in one fell swoop from the main menu, but what fun is that?) 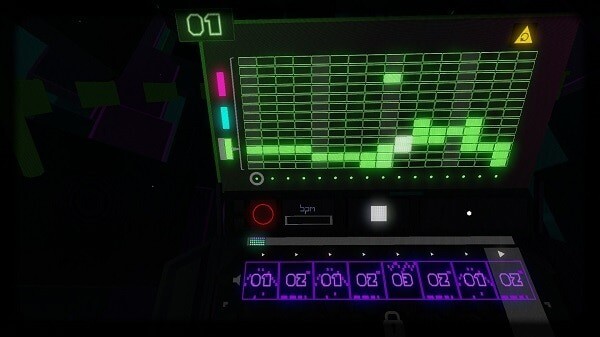 Somewhat surprisingly, the difficulty scale in the studio is much more manageable than the game itself. Even with no previous electronic music experience, the elements unlock gradually, letting you learn the rudiments of programming a melody and altering a synthesizer sound before allowing you to add additional tracks and compose complete songs. You can even save your recordings and upload them to YouTube through the game’s own interface.

As a game, FRACT OSC has its faults. There’s very little guidance and explanation, and if you’re new to puzzle games or to music, you’re going to have a pretty tough time of it. This could be an aesthetic choice; every part of the game, from the puzzle locations to the interaction between light and sound to the utter lack of hand-holding or tutorials, is designed to encourage exploration. It’s a lofty goal and a risky approach, and depending on your perspective, it could end up being simply aggravating instead of awe-inspiring. 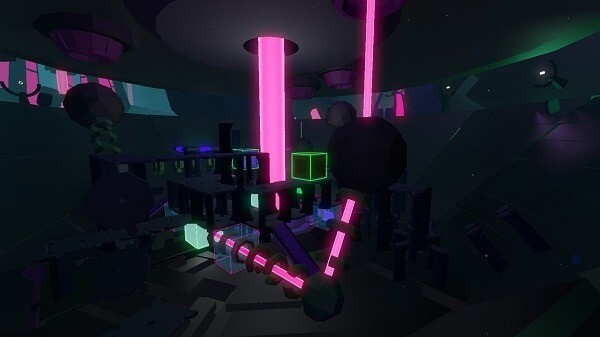 Those environments, though! Where it misses the mark as a game, per se, FRACT OSC excels and astounds as a pure audio-visual experience. As frustrating as the puzzles can be, they’re not enough to ruin the world in which they’re set. You’ll just be grateful there are people in the world smart enough to solve them and upload their solutions to YouTube, because no matter how long you’re stumped in a particular area, the neon glow of abstract polygons and the mechanized warbles of synthesizer tones will keep calling you back.

Get FRACT OSC on Steam

Watch the trailer for FRACT OSC below: 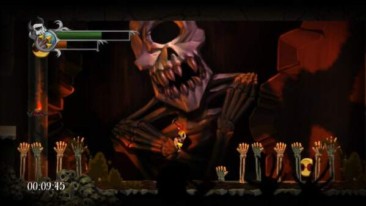 Review: Blood of the Werewolf 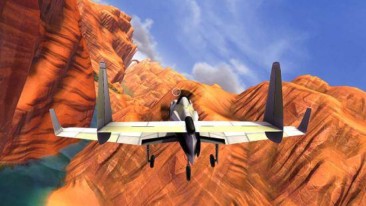