The only way out is the way through. Break out and take revenge!

Run for your life through colorful neon mazes, chased by countless and ever-vigilant security forces.

Be creative – play stealthily to avoid encounters, prepare traps for your enemies or just rush as fast as you can right in front of their eyes. Figure out how to beat the system and destroy your captors in 24 action-packed levels. Steal from your dark adversary and leave his world in ruins!

The only way out is the way through! Break out and take revenge!

Pink Does More than You Think

Deep in the twisted maze, Shadowbox has been calling the shots, and demanding that all all boxes submit to captivity. Most of the denizens comply, as they are unable to move on their own. Bascially, they go where they are shoved.

The pink cube is different than other cubes. He has the ability to move on his own, meaning that he isn’t necessarily doomed to live in a corner for the rest of his existence. This makes him an instant hero to the yellow cubes, who will provide guidance and assistance as Pink tries to escape the maze of the evil Shadowbox.

Shadowbox has no intention of allowing a cube to leave his maze. He issues warnings and threats as Pink traverses through the many levels on his way to escape captivity. Traps are laid, and attack cubes are dispatched. Too many wrong moves will result in being caught.

Nobody Puts Pink In a Corner

Controls in the game are mapped to a directional pad on the left of the screen. To move Pink, players tap and hold one of the four directions. Each maze is littered with color fragments, and scooping up all fragments will open the portal to the next maze. A bonus counter will keep track of how many tokens Pink consumes in a row. It starts to count back down once fragments are no longer being consumed, so try to line up your trek through the maze to grab as many tokens as possible with the least amount of downtime. This will net huge end-of-round bonuses.

Some areas are only available by activating pressure pads, and some of these will require a permanent weight be applied to keep the door in question open. This is where Cratos comes in handy. If you can find one of these morose yellow bricks, shove him along until you can place him on the correct tile. Be cautious of corners, though; once Cratos gets trapped, there’s no getting him out.

Hitting red pressure pads will trigger an alarm, allowing the red guard blocks to home in on Pink’s location. Once they’re on Pink’s tail, it becomes a mad dash to escape. Too many contacts with these assailants will result in Pink’s capture. Keep an eye out for power tokens. Ghost tokens will allow Pink to pass through enemies and unopened doors without being harmed. Shock tokens will stun an enemy temporarily, allowing safe passage. Find an aura token, and a ring of destructive energy will surround pink. Coming in contact with enemies will cause them to shatter. Keep an eye on the countdown clock for this upgrade, and use the time to bust up as many enemies as possible. Time an all out assault on the enemy for the moments just before exiting a level and a huge score awaits.

The control scheme takes some adjusting, but the screen taps are highly responsive. Eventually, players will be whipping though the maze corridors with ease. The visuals are sharp and stylish, putting a coat of Tron paint over the run-and-gobble game play of classic titles like Pac Man. The soundtrack is at times light and airy, and other times intense. It really is a great mix, and it fits the mood of the game perfectly.

Evac Free will give players a chance to take the first seven levels through their paces. The full version has twenty-four levels to master, and with a USD $1.99 price tag, it’s a great value.

Buy EVAC at the Android Market for USD $1.99 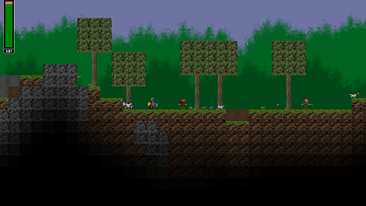 Icarus – An Indie Game Review of a pay-what-you-can

Review – Choice of Romance and Choice of Intrigues