Icarus is a 2D ambient platformer game for Windows featuring unique game mechanics, engaging atmosphere, and a living world. Each playthrough takes about half an hour and will get you one of several endings.

Icarus is a short but sweet indie game recently released by programmer Justin Scott. With simple controls (albeit a little difficult to figure out at first blush), and half hour or so to complete a full play-through, the game like so many indie offerings today, pays tribute to “retro” platform gaming with some contemporary updates (more Illuminator, less Super Mario Bros.), including some (gasp!) 8-bit soundtracks. The title does afford some replayability in that multiple play-throughs create different outcomes and dialogue trees. The story of the main character, Icarus, is told through pauses in game play that happen between levels using animated text. Depending on how you play the game, the text that displays will be different. This leaves a little more of an open environment feel, and creates the illusion that more freedom is allowed to the player. You can walk or dig and mine your way through each level, and you and your computer companion can whether or not to slaughter villagers, along the way. Rob graves, or not. Steal gold, or not. There really are a decent amount of character choices to be made for such a short game.

I made sure to play through the game several times to see how I could change the story, and legitimately interested in how such a seemingly simple game was able to have the amount of variety that it did. I played the game about four times which ended up being about two full hours. I only had a couple problems with this game. First of all, I wish the game play could have lasted a little longer to expand the story, yet the fact that the title was created by one person, makes me feel a little more forgiving. I also had some issues with the game quitting itself on me every once in a while which, though it happened rarely, occurred multiple times and on different computers. Finally, the computer character that you team up with that does all your fighting will sometimes get lost, or fall in a hole, and you will have to spend several minutes digging him out.

The full game also features a second “Treasure Hunt” mode where you run around trying to collect treasure without getting killed by an onslaught of attackers. As you run, you build your high-score. The farther you run, the more you increase your score multiplier. Then you can go back and try to beat your previous high-score.

This game is pay-what-you-want with a minimum of $1.75 to cover fees and such. The game’s creator has stated on his blog that half of all profits from this game will be donated to Child’s Play Charity -a charity that gives toys and games to sick children in different parts of the world. So even though the game may be short, you know that part of your money is going to something great and you are getting a creative little indie game to boot.

As a whole, Icarus is short, but can be played multiple ways if you remain curious enough to explore after your initial play-through. It’s pay-what-you-can, so do just that. Pay what you think is fair for about thirty minutes per play-through and an extra mini-game. And don’t forget that part of the profit goes to charity. Heck, the other part supports a creative, hard-working indie developer! 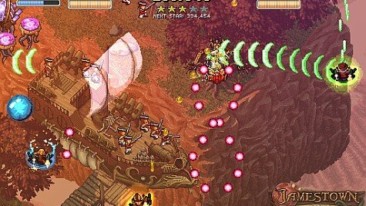