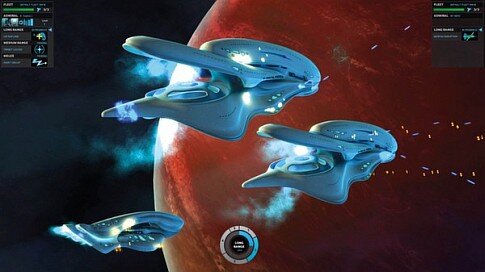 This galaxy is ancient, and its first intelligent life was the civilization we call the Endless. Long before our eyes gazed upon the stars they flew between them, though all that remains of this people is what we call Dust. A substance found scattered or in forgotten temples, it once gave powers to admirals and galactic governors. I’ve been playing Endless Space for about thirty hours, and I’ve stopped caring about it. Not like a jilted lover, who-gets-the-dog split; more like we’ve grown apart. Like it’s nobody’s fault, even though it’s less my fault. Endless Space and I had some good times, but, in the end, I felt like it was more style than substance. It made promises, then broke them. Towards the end, I just felt like nothing I did mattered, and I was just waiting for it to be over.

Endless Space is a 4X game about space. I hope no one actually needed that spelled out. If you’ve played Civilization, you know the basic routine: research technologies, build cities (or colonize planets), raise armies, squish your neighbors — or at least convince them to let you treat them like doormats.

I thought I’d stroll right into Endless Space, having done some time with Civilization and the Total War series, and I was very surprised to find that I was a little bit lost at first. Right off the bat I found it difficult to pick my faction. Each has various strengths, weaknesses, and character traits. In what I would later decide was a subtle comment about moral perspective, each also is classified as good, neutral, or evil. Apparently that doesn’t have anything to do with a faction’s propensity for invasion; maybe it just describes how they act once they get there.

The waters got muddy pretty fast. I’m the kind of person who will not move on to the rest of the game until I have explored every single possible option open to me. Unfortunately for me, that kept me at the faction screen for about twenty minutes. Endless Space lets you customize virtually everything about the game, from the now-standard mods, to creating custom factions, to deciding what shape you’d like the universe to take. I was bowled away by the promise of weeks and weeks of entertainment. Move over, Total War (I thought to myself), there’s a new timesink in town!

Although the tutorial – which follows the “less is more” school of instruction – left me in the dark, I felt like I’d started to get the hang of things around ten hours in to the game. I’d picked the Sophons, a race of research-obsessed geeks who, true to form, were poor combatants. That would come back to haunt me, as it turns out. I figured I’d pick the nerds, colonize some planets, and just sort of develop in peace while I got the hang of things. That plan worked for a while. Sort of. Apparently, while the Sophons are, according to the game, obsessed with learning, considering new knowledge worth any cost in money or distance, they draw the line at actually going to other planets. After a few rounds of pursuing my traditional strategy of colonizing a border ring of planets (or cities, or provinces) to keep any ambitious neighbors from moving in and then back-filling the space within, I soon found that my happy little nerd creatures were nearly rioting.

Turns out that, for reasons I have yet to understand, expansion offends your own people. It didn’t make any sense, but I was willing to ignore it for the rest of the game. After all, I’d colonized quite a few star systems, was merrily researching away, and had actually built a few ships on the off chance I’d actually encounter another faction.

Oh, ship designs! This is possibly the most fascinating, and most disappointing, aspect of the game. In Endless Space, you start with a few basic ship designs, and you can either customize those or build entirely new ones based on frames that you research. You can decide whether and how many kinetic weapons, beam weapons, and missiles to equip, as well as their respective defenses and various support modules. The possibilities are…wait for it…endless! Except that they sort of don’t mean anything, at least that I could tell. I’m getting ahead of myself, but, finding myself at war with another faction, I fought a fleet of—according to the game—equal strength, and lost miserably. I carefully noted what sort of weapons the ships used, and what they might be weak against, then reloaded. I modified my designs accordingly, and went to war, ready to win only to suffer nearly the exact same defeat, to the point that I began to wonder just how much of a “random” dice roll combat really is in this game. In a series of combats, I’ve found that what you’re carrying has less to do with winning than how much. Tonnage beats strategy, unfortunately.

The research at least offered me a venue where I and my nerdy alien colonists could shine, or so I thought. That, too, was not to be. Try as I might, I was constantly outstripped by the Pilgrims, dopey hippies in spacefaring Winnebagos who, at this stage of my game, are squatting in about ¾ of the known universe. Luckily, I’ve been able to trade any number of the various strategic and luxury goods which dot my modest territory. Since I have yet to determine what role they play in building ships or planetary improvements, I feel they’re best used to buy all of the technology my allegedly bookish scientist civilization has not learned.

Supposedly I can win a scientific victory by researching one particularly difficult tech at the end of one of the admittedly large (albeit somewhat dull) tech trees. Although, at this rate, I’m guessing the hippies will have to sell it to me. At least I’ve got the computer AI managing all the building, leaving me free to hit “end turn” in a race to research the winning tech before one of the other “good” civilizations decides they’d like to take over another one of my star systems.

If it sounds like I’m complaining that the game is too hard (or that I’m not very good at it) you should understand that I’m probably going to play it a few more times before I give up completely. It’s just that I suspect that there isn’t actually that much complexity. Or, maybe it’s more accurate to say that there’s a lot of sound but not much substance. Based on complaints I’ve read while searching for non-existent FAQs, the various factions seem to act more or less the same. Combat strategies are fairly basic, despite the numerous options. For all the customization and variety, there doesn’t seem to be much real depth. From my limited play time, I would tend to agree, although I’m holding out hope. Maybe Endless Space and I just need some time apart. In a few weeks, when I’m sitting alone, drunk and nostalgic, I’ll call it up and see if it wants to hang out one more time, just to see if things are different. And, after all, it wasn’t that bad. There were good times, like when I blew up that pirate fleet that appeared out of nowhere, and when I colonized my first gas giant. And besides, if nothing else, it’s good for about thirty hours of laughs.

Get Endless Space on Steam 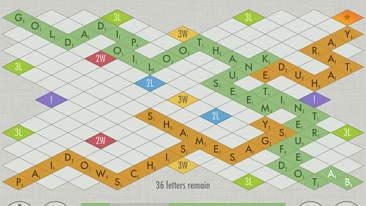 Review: Lexatron for iOS – A Scrabble racer with teeth 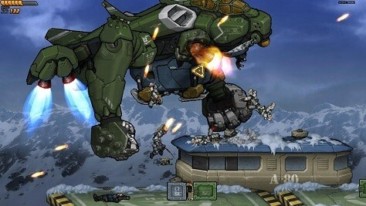