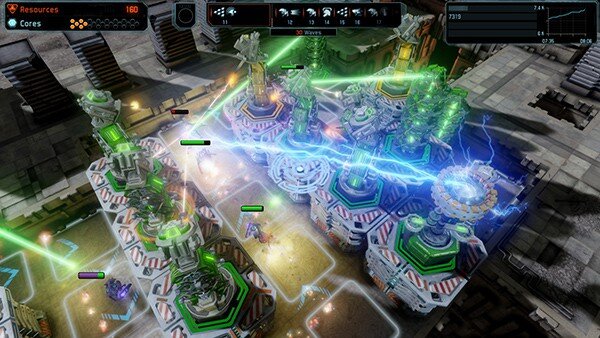 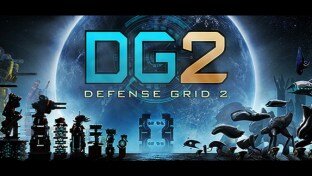 Defense Grid 2 is the game that almost never was, but in exchange for its trials, has a truly interesting development history. So interesting, in fact, that it will soon have an entire book by Russ Pitts devoted to the 16 months it was in development (those who purchased the deluxe edition on Steam will find the PDF in the package).

Hidden Path Entertainment – the development team led by Jeff Pobst – comprises a group of former advanced Microsoft developers who went the indie route, but who collectively have created such titles as Homeworld and Counter Strike: Global Offensive. 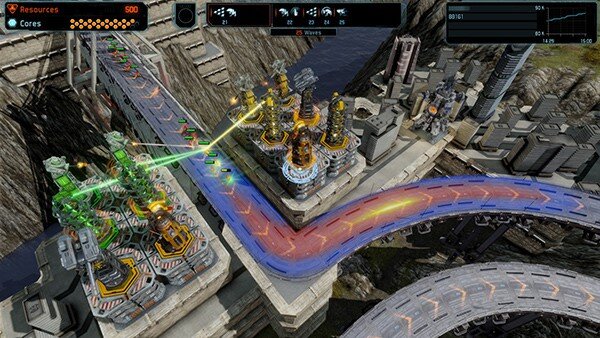 After a changing of guard at XBOX 360 Live Arcade, Defense Grid – which was positioned as a high-end option for the marketplace – got sidelined and its release delayed a year. By the time it was released, its asking price was halved and the game barely recouped. The devs ran a Kickstarter to create more levels, as the game had developed quite a cult following.

One of the stretch goals was to create a sequel. When the campaign ended short of its optimal financing goals, the sequel seemed like a nice thought, but not within reach. Enter Torontonian angel investor Steven Dengler (and fan of Homeworld as a teenager) who injected the money needed. Thus, Defense Grid 2 went into development.

A lot of thought, experience and creativity has gone into the development of the title, and it shows. All the over-the-top joy of the first version is back but (to a certain extent) bigger and better. The game features a truly strange and fascinating storyline written by Sam Ernst and Jim Dunn, though it is really just dazzling window-dressing on a fairly straightforward tower defense title. But as far as blue plate tower defense goes, the Defense Grid franchise is the Gold Standard.

A major addition, is the seemingly simple idea of Booster units. These cheap pedestals can be used to engineer pathways for the enemy parades to follow. This method of funneling them into the tight spots is often the best and only way to defeat the various wave types that will launch at your cores.

Indeed, you can now turn on a heat map that shows where your defenses are dealing the most damage, relative to the power of the units marching on your cores. It is a great way to optimize, refactor and adjust for the high damage through all corridors.

In this vein, it is important to note that simply creating a long winding pathway for the aliens will do you little more good than to inconvenience them; some of these suckers move really fast!

A better approach is to figure out how to make them have to loop back and pass through the same corridor multiple times. In essence, you want to reuse any towers you deploy as many times as possible.

But Boosters aren’t mere voxel-wannabe building blocks – they also add extra power and abilities to whatever tower you choose to build on them. Upgrades include Overboost for 25% bonus to damage, the ability to sniff out stealth units, the ability to boost the score for units killed in close proximity and more. This adds more variety (and management) to the previous 2 upgrade tiers per tower.

Remember that towers can not be damaged by enemies, but the return on investment for selling one is very poor and, with finite resources trickling in during any given level, you must choose what, where and when you build your defenses wisely.

Levels can be quite challenging; you won’t simply burn through them like re-skins or variations on a construct. Each level has its own unique personality and can sometimes take hours or even days to master, especially on higher difficulty or self-nerfing settings.

Another addition is the various styles of play from which you can choose to engage any given level. Not only can you select the game mode, but also a per-tower perk. Perhaps you want your Gun towers to shoot armor piercing bullets, perhaps you do not want the advantage, and so you can toggle it on or off, each tower having a unique power-up ability.

It would be nice to be able to zoom in closer than the camera currently allows, and see the models more clearly, rather than having to fish for the info button on a running mob and figure out what they are up to on the fly.

Fletcher – the lone AI narrator with the slightly hysterical, aloof persona from the first game – is now accompanied by various other actors/AI – all of which are professionally and effectively voiced by such luminaries as Jim Ward, Jennifer Hale and Alan Tudyk, adding some real character to the proceedings.

Their banter can become repetitive as you try over and over again to clear a level, but also can help as signposts for where you are in the progression of that level. But these different characters also come with their own unique perks – one grants you the Satellite defense perk which lets you pinpoint and blast a mob from the the clouds. Another gives you a resource power-up and so on.

Though at first I felt DG2 was more like a mod or expansion to the original, it became increasingly clear that the real magic is in the meticulously crafted levels. What may at first seem quite obvious, can in fact be dauntingly complex. To complain that there are only 20 levels in the campaign is not so different than griping that Chess only uses a checkerboard pattern.

The production value is outstanding, as is the orchestral/electronic hybrid ambient score. The vocal performances, contrary to some public opinions, are among the best in the industry, in my opinion. I do still wish, however – and many fans of the franchise seem to agree – that there was something more substantially different about this offering.

Having been a huge fan of the original Defense Grid, I can easily share in the frustration that its fans feel that there isn’t more to the Bigger, Badder, Uncut expected of its sequel – particularly in the tower types available or potential tech trees. That said, there are dozens of other sorts of updates, additions and improvements and DG2 is still one of the most polished, engaging indie games released in 2014. I had another grand ‘ole time getting through the sequel.

Get DG2: Defense Grid 2 on Steam 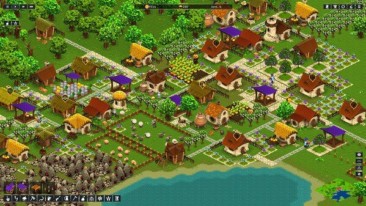 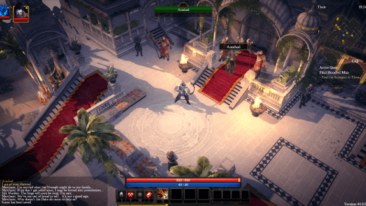