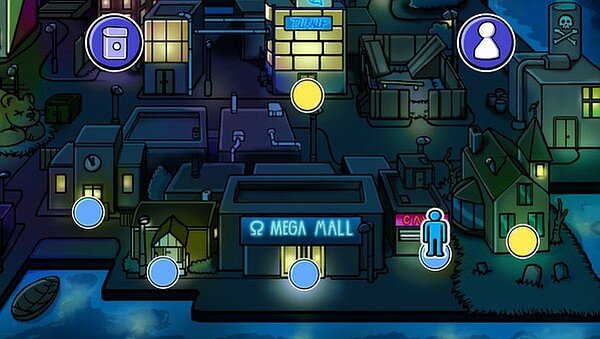 Card City Nights – What We Think:

Card City Nights is a digital contradiction. The latest from Ludosity is a narrative-driven single player video game built upon the multiplayer foundation of a Collectible Card Game (CCG) that manages to deliver on both fronts with a startling amount of precision.

It’s a refreshing approach to a familiar genre that succeeds because it explores untapped design space in a manner that respects its players. Unlike seemingly every game and app with a collectible aspect, there are no microtransactions in Card City Nights. Everything that makes the game enjoyable – including the rush of new booster packs – is available with an upfront purchase. 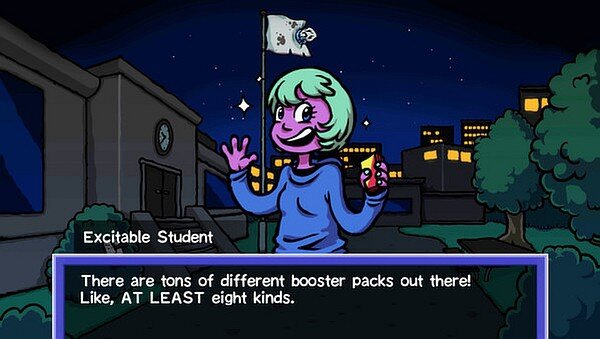 The elimination of financial considerations pushes the game’s more whimsical charms to the forefront. Though it’s billed as an adventure game, that’s an overly ambitious descriptor. There are no puzzles or fetch quests. You go to a place and battle everyone there, and then you move on to the next place.

He Who Dealt It

The narrative structure could better be described as Pokémon-light. You’re a newcomer in a town in which card battling is all the rage so you immediately set out on a quest to acquire eight legendary cards that will allow you to confront the masters at the casino. You also pick up a rival somewhere along the way.

The town is otherwise populated with a colorful cast of characters with highly descriptive names like Intern and Suited Turnip. The dialogue is brisk and lighthearted while gently mocking a slew ripe gaming and societal targets. The aesthetic components are primarily window dressing, but they do make Card City a pleasant place to spend some time.

The real hook is the CCG that serves as the game’s engine. Fortunately, it’s fantastic. The CCG is (sort of) a cross between tic-tac-toe and Set, where each player has a separate 3×3 grid and attempts to make sets of three to impact the opponent’s board in a variety of ways. Some cards attack, other cards provide defense, while others serve as links that make it easier to do both.

Like all competent CCGs, the game is incredibly easy to learn but difficult to master. You have to build a collection one booster at a time, and your final deck will be far better than your starter deck. Your ability to pilot said deck will likewise improve.

The combination of high-level game theory with silly humor makes the central quest wonderfully engaging. I’ve been idly thinking about strategies and deck ideas for days, and the fact that it’s so slyly wormed its way into my brain indicates that it’s doing something right.

Here’s where I start being mean. A lot of what I’m about to write is entirely unfair because it’s based on comparisons to other card games with far lengthier pedigrees and greater development resources. But Card City Nights is good enough that most of the comparisons happened involuntarily. It’s tough for a game to get to that point, so the criticism that follows should be interpreted as a sign of affection.

Card City Nights just isn’t terribly difficult, although that assessment admittedly depends on your experience level with other CCGs. I’ve been playing Magic: the Gathering for nearly two decades, so I pick up on concepts like acceleration and card advantage relatively quickly. Similarly veteran gamers will likely do the same, while novice players will need a bit more time to catch on. 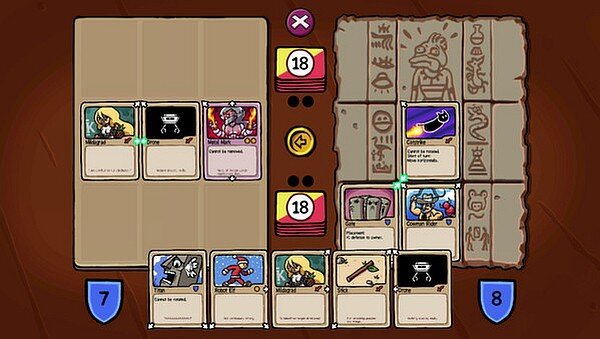 Despite that caveat, the AI routinely makes suboptimal plays, to the point that it makes sense to adopt a strategy that assumes computer error. Card City Nights does get more challenging as it progresses, but I dropped a total of two matches on my way to the finish line.

The minimal impact of luck is a point in the game’s favor, but there’s not much satisfaction in defeating a hapless opponent. To that end, the game is desperately lacking in late-game content. The most rewarding battles – where your opponent has literally stacked the deck – appropriately take place at the end of the game, but there’s nothing approaching that level of difficulty amongst the replayable encounters. Everything becomes trivial once you’ve beaten the game. 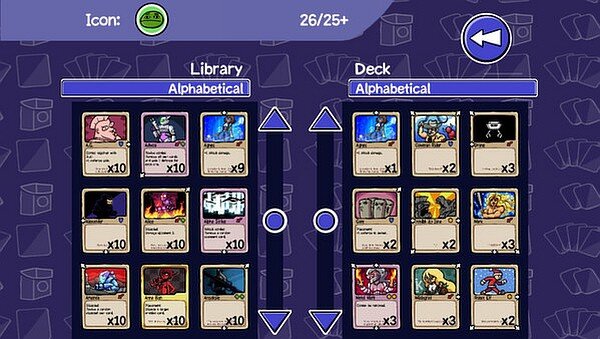 That’s the one major critique that falls squarely on the developers. Even a minor nod like allowing players to repeat the final boss battle would have helped alleviate the issue. As it stands, the game concludes after you’ve spent hours building a collection only to discover that you have nothing to do with all of these awesome cards you’ve acquired. There’s no reason to keep playing, which is disappointing because I’d like to have a justification to continue.

What’s doubly frustrating is that Card City Nights has the potential to be a great CCG. As a fan of the format, my first impulse is to focus test a game until it breaks. Sadly, Card City Nights doesn’t allow for that unless maybe you’re willing to Photoshop and print your own deck. You’d also need to find someone else to play against.

I don’t think the onus is on Ludosity to provide PvP servers and I’m not even sure the game is well balanced for two human players. There are multiple viable strategies and deck concepts in Card City Nights, but some seem to be far more efficient than others and intense playtesting would push those issues to the fore.

The point is that I’d like to find out. As much as I enjoyed Card City Nights, I feel like I’ve been turned away with an incomplete grasp of the material. I still don’t know how good I am. I do know that I’m better than the computer, but I’d happily keep tinkering in search of a deeper understanding and Card City Nights is short on educational opportunities.

I Built This City

Then again, it doesn’t really matter. Card City Nights is being sold as a standalone experience, so it doesn’t have to be perfectly balanced for competitive PvP. It simply has to be satisfying on its own terms, and in that regard it’s exceptional. Card City Nights is a terrific diversion if you’re looking for a bite-sized alternative to Pokémon or Magic without the intense demands for time and money. I’d recommend it to anyone looking for a fresh perspective on traditional CCG design.

Get Card City Nights on Steam

Watch the Announcement Trailer for Card City Nights: And be sure to tune in next week for the promo codes, AND MAKE sure you know  How to enter the promo code on mobile 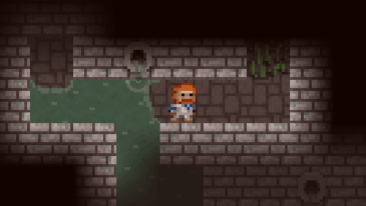