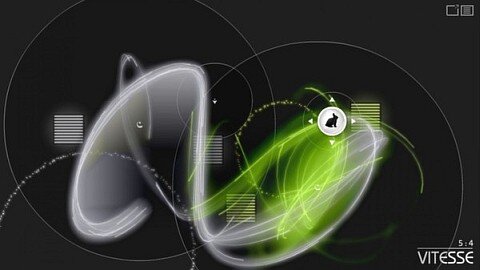 Turn light into sound in this multi-award winning game. Auditorium is about the process of discovery and play. There are no right or wrong answers, and there are any number of ways to solve each puzzle. See why Auditorium has won countless awards and is considered the Second Best Browser Game of All Time. To get started, turn up your sound and fill up the first audio container!

Somewhere at the junction between puzzle game, particle simulator, and synthesizer, lies Auditorium. It’s a puzzler, yes, but it doesn’t punish you for wrong answers so much as encourage you for solving problems. It’s a physics simulator in another sense, but it doesn’t require practice, a manual, or even a tutorial to manipulate streams of glowing particles. It’s even a little bit of a music game, without requiring any particular talent or instruction to produce symphonic crescendos. Technically, the game is pretty, but quite simple. It’s a Flash game, so you can play it using any Flash-capable browser; it’s also available for the iPhone, PC, and Mac. Hardware requirements are very modest, because Auditorium’s graphics are not too far removed from Windows’s venerable “Mystify” screensaver, albeit with particle physics and a good deal of glowing. The musical score, which is the primary sound effect in the game, sounds a little too compressed. Not too surprising considering the game is meant to be accessible via a 3G wireless network.

The technical simplicity of the game belies what is truly a showcase of excellent game design. The premise behind the game is pretty simple: move circles with various effects into place on the screen to maneuver streams of glowing particles to fill boxes, producing music. Without a single tutorial or a word of instruction, controlling the game is nevertheless intuitive and easy. The challenge–and some levels are very challenging indeed–never comes from a lack of clarity or awkward controls. Another brilliant design element is the utter lack of urgency during play. In some ways, Auditorium is more of a light sculpture toy that lets you play music than an actual game. You’re presented with objectives, certainly, but how you reach them is up to you. And there are no time limits or scores, so there are no incentives to do anything but fiddle around with light particles. Granted, I found that some of the patterns that resulted from my solutions were a little lacking in the aesthetic department, but chagrin is a far cry from frustration.

Sometimes the Zen goes a little too far, though. Auditorium’s laid-back attitude is appealing when you’re looking for a relaxing fifteen minutes, but it doesn’t motivate longer play particularly well. Although I found Auditorium to be an enjoyable break from work (or even more hectic games) I also found it very easy to stop playing after a few levels. At a certain point, the lack of intensity becomes a weakness for the game.

All in all, Auditorium is a fantastic game for the casual audience, or for dedicated puzzle fans. For someone looking for a little more excitement, the soothing atmosphere and gentle pacing might just come across as dull. Still, sometimes the last thing you want after a stressful day at the office is a two-hour session of competitive multiplayer FPS gaming. Sometimes, you’re not looking for the triple espresso; for those times when you want the chamomile tea instead, Auditorium’s your game.

Get Auditorium on Steam 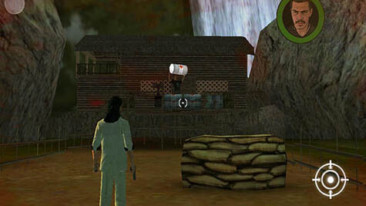 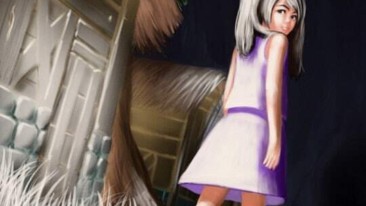 Review: Girl With A Heart Of