APOX is a real-time strategy game that uniquely includes gameplay concepts from first-person shooters. Like in an FPS, you can prone, crouch, switch active weapons, throw grenades, and loot corpses. Soldiers in APOX have limited ammo, but ammo sharing is done seamlessly. Soldiers can be placed in vehicles, and this essentially lets you create your own unit designs. APOX keeps everything that makes RTS great like making bases, controlling strategic sites, and managing your resources. The eight missions included are designed to show basic combat and explain the unique aspects to APOX’s gameplay. From there, play in one of 100 scrimmage maps against AI-controlled bots. Play with your friends against bots in co-op mode or play against other people in versus mode.

Real-time strategy is still a relatively young genre within the video game industry. In the 15+ years, it has existed, many games have come and gone, but the successes have had a few consistencies that rank them among the best games ever created.

I couldn’t think of a single popular title that didn’t possess a lengthy, or at least compelling, single player experience. While the players interested in competitive gaming may be the most dedicated and vocal, the vast majority simply aren’t interested in playing against others. Even the most hard-core competitive players tend to enjoy a good campaign as well. It gives the developer the opportunity to create scenarios that, while interesting, simply wouldn’t work in a competitive environment.

APOX is a strictly online multiplayer game. So much so that even the tutorials and handful of single player missions require you to log into a server to play. Can’t I even play a bot scrimmage without connecting? No thanks. There are a couple of missions that might fall into the “interesting in a non-competitive environment”, but they’re hardly worth mentioning. The AI also seems to be very poor, using the same tactics from game to game, with little variation.

You simply can’t make a RTS with just one army. Half the strategy is in understanding the different tactics that must be used versus different factions. “Know thy enemy” becomes a moot point when they use the exact same troop types and tactics as you. It becomes tedious very quickly too. Someone needs to be good and someone needs to be bad. People like to take sides, whether single or multiplayer.

APOX is a post-apocalyptic setting where apparently all philosophies have been set aside and everyone conforms to the same methods of combat. In any other RTS I’ve played, while the theme may remain the same, each session felt unique, in APOX it just seems like the same thing over and over again.

Whether individual or squad based, each unit type needs to have it’s own flavor. This needs to go beyond simply having a different weapon. While unique abilities have become a mainstay, something as simple as making them visually distinctive or giving each type their own “attitude” in voiceovers (of which APOX has none) is usually enough.

In truth, APOX only has one unit. They are identical except for the weapon they hold. Even that doesn’t matter so much, because each unit is capable of picking up weapons dropped by the opposition and suddenly become capable of acting like any other troop type. Vehicles add a little bit of variation, but the fact that they must first be manned by a soldier only creates an added step that slows down play.

Something about a game needs to be special. This can involve creating a setting unlike we’ve seen in a RTS before, or conceiving of a new gameplay mechanic. All you need to do is google RTS to see the franchises that dominate the genre and how they each bring their own style.

Those franchises are also responsible for pushing forward the elements that make up an RTS. Squad based units, Hero units, unit XP, etc. have all changed the way the game is played in interesting ways. You’ll also find a bevy of imitators that fail to find a foothold. As to the first point, APOX’s post-apocalyptic setting isn’t unique in and of itself and there isn’t a scrap of an attempt at a background story to elevate it.

APOX makes an admirable attempt to put its own stamp on the RTS landscape, but in ways that don’t seem to work out. The idea of units performing in a way similar to an FPS player sounds interesting, but what does that really entail? First, each unit presumably performs on its own, taking cover, going prone, etc. Comparing these activities to an FPS is something new, but other games have included AI positioning for a while now.

Second, the idea of picking up equipment and ammo hasn’t been done as much, but it becomes more of a detriment than a benefit in APOX. Requiring your units to return for ammo just tends to slow down the game and resources are acquired too slowly to allow for attacking very often, causing APOX to devolve into a waiting game.

In the end, APOX seems more of a proof-of-concept piece than a full fledged game. As such, it shows promise for the folks at BlueGiant, but should you spend your hard-earned cash? Probably not. If you’re seriously into multiplayer RTS you might find something to pique your interest for a couple of rounds.

APOX is available on Steam 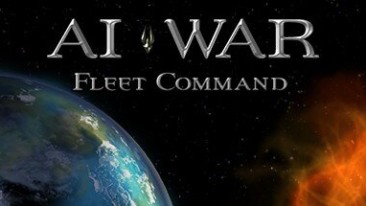