From Romanian indie devs RomBots Team comes Alien Rescue – Episode 1 — a top-down shooter boiled down to its core features; guide your saucer as it auto-fires its way around the playfield, taking down fighters, tanks and disgruntled farmers. Pick up debris and cows to chuck at the enemy. Most importantly pick up your fellow aliens so they aren’t left to the not-so-tender mercies of the dastardly earthlings. As a pick-up and play game, Alien Rescue is quite fun. There’s a nice learning curve, with the first few levels being fairly easy and quickly escalating in difficulty. I’m not sure where they’ll be going with episodes 2 and 3, but I’m hoping it’s in a completely different direction, because more of the same would seem pointless. A puzzle game with the same theme, or perhaps a platformer, would certainly make for interesting additions. The graphics are well done, giving that colorful cartoony feel you’re used to from casual games. Opponents and power-ups are distinguished from background elements by a slightly thicker black outline that gets the point across without being distracting. The only useful control scheme is the touch and move system, which is unfortunate because it means your hand tends to obscure the lower part of the screen. The virtual joystick is clunky, unresponsive and shows none of the polish we’ve seen from other developers in the last couple of years. My device, like many, lacks a physical keyboard so I can’t comment on it, other than to say it likely will mirror the virtual joystick in responsiveness.

What really becomes an issue with the controls, no matter what method you prefer, is the lack of multi-touch support. When you’re talking about a game where bullet dodging is a major part of the play, having to cease movement to use your specials is, at best an annoyance, at worst a fatal flaw. At a cost of nothing, Alien Rescue is easy to recommend; it’s fun, if brief. Gameplay is only slightly hindered by mediocre controls. The only in-game advertising on my review edition, appeared during the menu screens, which was merciful. The inclusion of the Openfeint network allows for some nice touches, such as achievements and leaderboards.

And how can you go wrong with any game that includes chucking exploding cows?

The game is compatible with a wide range of Android devices starting with Android 2.1, with an iOS version planned for future release. 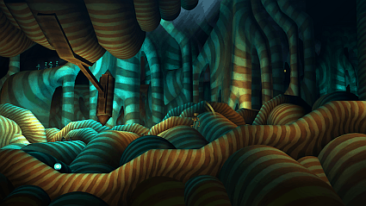