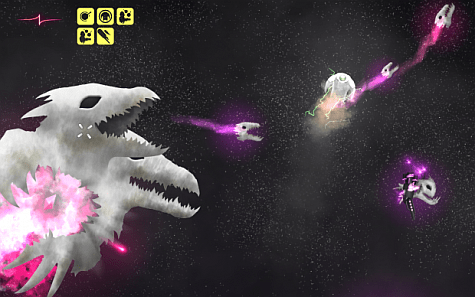 Koya Rift is an action-packed platform shooter that focuses around streamlined gameplay built on the power of heavy procedural generation and intelligent difficulty adjustment, providing each and every player that plays it nearly endless replay value and a challenge regardless of their skill level.

Koya Rift is a platform shooter designed to be accessible to the casual gamer, but with randomly generated levels and a scaling difficulty level that provides just enough challenge to keep it interesting for even the most hardcore enthusiasts. That’s a tall order, but the game largely succeeds.

An Excuse to Play

On the game’s website, the creator of Koya Rift rather boldly declares that the purpose of the story in any game is to provide an excuse to play. As a universal truth, the point is highly arguable–take the Final Fantasy series as an example to the contrary–but in the case of Koya Rift, it’s hard to disagree. There isn’t so much a plot as a backstory, which can be summed up thusly: the player is hired to kill monsters on a planet in order to prepare it for colonization. There are some finer details to the story, but not many, and it’s explained by a block of text on a loading screen. No cutscenes or in-game cinematics here.

Another loading screen describes the somewhat bewildering variety of weapons, which differ by color based on their various effects. Further screens offer details about the various enemies the player will encounter, including special abilities and vulnerabilities, as well as a range of power-ups.

In practice, and perhaps in keeping with the emphasis on accessibility, knowledge of these details aren’t necessary to enjoy the game. For all practical purposes, you will learn all you need to about the game mechanics as you play, and anything you miss is probably not that important.

Anyone who has ever played any Lunar Lander-style game will be immediately familiar with movement, while aiming and firing is accomplished with the mouse. The high difficulty of hovering in one place can be a little tedious, but all-in-all it becomes part of the game challenge rather than an impediment to play. Movement is never frustrating, and there are no cheap terrain-induced deaths, which, for this style of game, is a huge compliment.

Koya Rift is visually attractive, with a clean, crisp style and nice use of color. The art is more stylized than realistic, and avoids complex models and textures. Within the context of the design, it works well, and, as an added benefit, keeps system requirements at a minimum. After a little while, however, you might get tired of seeing the same underground tunnels over and over again. The enemies, which look like several interpretations of a dinosaur skull, also tend to get repetitive; it would have been nice to see a little more variation beyond size and type of gun. Koya Rift is intentionally designed to be the kind of game that can be played in brief sessions, a few minutes here and there, without losing progress. This is an appealing aspect of the game and one of its strongest virtues. Beyond thirty minutes, the repetitiveness of the game becomes a bore; the “sweet spot” is around ten to fifteen. For a casual gamer that’s ideal, but someone looking for a more in-depth experience will be disappointed.

There are some elements, such as weapon customization and a campaign mode, that represent persistent goals, but the creator of the game specifically avoided the incorporation of any overarching objectives as detracting from the experience. While the focus on a “pure” game experience–where the player concentrates solely on the mechanics of the game–is a commendable act of artistic integrity, the inclusion of even slightly different environments, a point system, or any metric of progress would have added, not detracted, from the game experience. Could you Explain That Again?

The game could also use a little more explanation. For example, when you start a new player, you only have the option to play a series of one-off beginner maps. In order to start a campaign, you have to first complete these, but the player is never informed of this beforehand; the option simply doesn’t exist in the menu until the requisite number of games are played.

For that matter, the tutorial explains movement controls, which are fairly self-evident, but not the characteristics of the various weapons and monsters, which are not. It’s strange that the game should devote several levels to figuring out how to move and shoot, but leave the details to random loading screens.

Not everyone will have a problem with the lack of exposition or variety, though. Koya Rift is supposed to be the kind of game you can just pick up and play, then put down when you want, and it is that in spades. There is a place for games that don’t require FAQs or three hours of uninterrupted concentration to enjoy, and Koya Rift is targeted squarely at that market.

Is it worth the price of admittance? There are other games in a similar price point, but none better. Despite its minor shortcomings, Koya Rift is a solid shooter that fans of the genre will want to own. 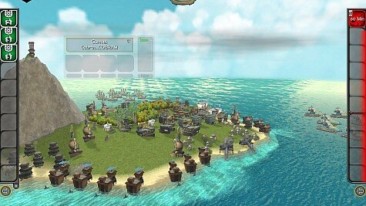 Game Review: Picaroon – Some RTS, Some MMO, Some Free 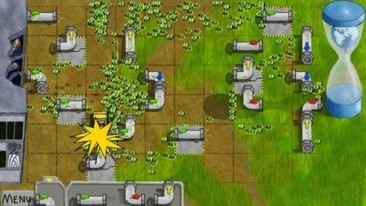 TrickyLeaks – a review of the indie pipe challenge for Android