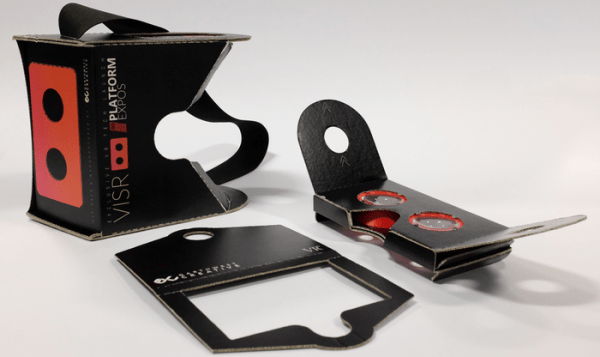 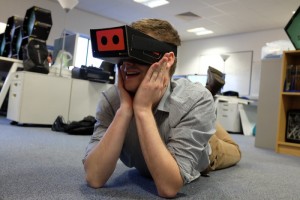 Virtual Reality has been brought back into social consciousness by Oculus, with their Rift headset. This Kickstarter darling reignited the hope that VR would be coming home, and with a more reasonable price tag than those that accompanied its bulky standalone predecessors. It still hasn’t reached retail, and – while the tech is impressive – some might still find the rumored $350 USD pricetag to be a bit too steep to justify buying in.

One product that hopes to address the cost factor is ViSR. Download a VR project to your smartphone (there’s a plethora of such programs to be found, and the collection is ever-expanding), and start it up. Now, insert your mobile device into the eyepiece attachment, and strap the lightweight contraption to your face. Rather than depending on costly onboard tech to generate the VR images, ViSR makes use of your smartphone’s screen and 3D gyroscope. Two adjustable lenses can be tweaked to accommodate various degrees of vision. You get a VR experience that’s easy to access, and costs £15 (roughly $22 USD).

The immediate comparison is obvious; the concept seems a heck of a lot like Google Cardboard. But developer Jamie Adams points out that ViSR features a more durable laminated corrugate material, making for an overall sturdier build. Also, he claims that the device better blocks out outside light, so there’s less to interrupt the VR sensation. ViSR will work with all eligible Android, Apple, and Windows Phone devices.

Think ViSR has the potential to bring VR to your smartphone? You can contribute to the Kickstarter campaign by following the link below. 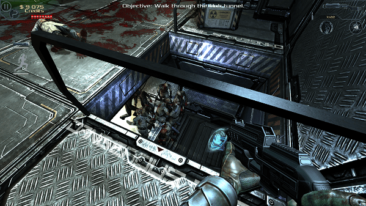 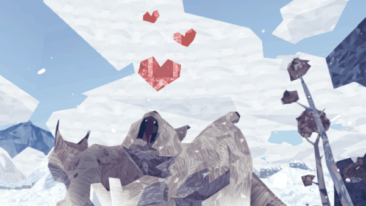