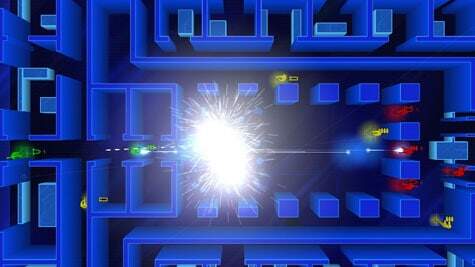 It is time to check in with the increasingly busy tablet market. In this round, we focus on the big guy in 10″ land – the venerable and ever-popular iPad.

So if you’re curious about and hungry for some indie love on your iPad, we’ve collected info on a bounty of promising new May 2013 releases for the platform.

The Game Bakers
From the dev team behind the stellar mobile turn-based physics RPGs SQUIDS and SQUIDS: Wild West (which latter title we listed among our Top Five Mobile Games of 2012) comes the ambitious beat ’em up Combo Crew that brings intense co-op combat to just about iPhone, iPad and Android devices, and even lets gamers play across platforms.

Select one of 3 different but equally intense heroes, and have at it! There is no virtual D-pad to fumble with either: attacks are delivered by stringing together combos of swipes and taps over the enemy. It all comes together for a blisteringly-fast paced arcade experience. Be ye cravin’ a Match 3 RPG experience of piratic proportions? Guide your sea dog across four lands in search of the Ultimate Sea Shanty. Strategically match your plunder to claim rare loot, unlock comedic costume pieces, and to avoid more powerful enemies. And should your voyage net you a ton of extra treasure? All’s fair on the open seas!

But ahoy! That isn’t the biggest deal about this lovable casual title – the people behind it are none other than Ron Gilbert (best known for his work on Monkey Island and Maniac Mansion at the now sadly defunct LucasArts games studio) and Clayton Kauzlaric – co-creator of DeathSpank. How can you go wrong?

Scurvy Scallywags will be available in the final week of May 2013.

Let’s face facts: toddlers are WAY into mommy and daddy’s tablet. It’s always good to have a few age-appropriate apps on hand. The Happy World of Petite Frite is a bright, colorful and downright adorable educational game. The sunny pastel landscape invites young ones to take part in puzzles, various forms of memory match games, interactive music and dance activities, and a build-your-own landscape feature that allows kids to create stories by placing characters and items on a charming backdrop. We like games that encourage kids to tell stories.

The game is completely text-free, and free of ads (so no fear that additional apps being accidentally purchased).

Get Petite Frite Game for Kids at the App Store

The simultaneous turn-based strategy title (which made IGR’s 2011 List of Honorable Mentions) has made the transition to iPad, and comes loaded with new features.

The complete single player and multiplayer modes from the PC game are available. The game will also support cross-play on the same account, allowing players to port their current play from desktop to tablet or vice-versa. The new interface has been optimized for tablet use, and also supports local multiplayer.

(See our Review of Frozen Synapse for PC)

Get Frozen Synapse at the App Store The challenging world of Mushroom Wars just got a lot more crowded! Now, pit your strategy skills against other players in winner-takes-all confrontations! Choose from one of five maps, and unleash your fungal fury on up to three other opponents.

The single player campaign will also be augmented with 5 new missions, and a news section to keep dedicated players apprised of all new information as it becomes available.

Get Mushroom Wars at the App Store

Check out the complete list of IGR’s iPad Game Reviews 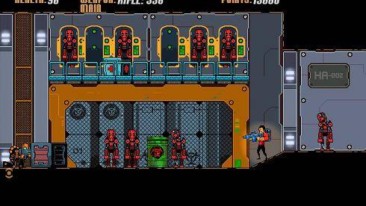 With Playstation 4 Committed to Indies, What Will the New Xbox One Reveal Have In Store? (LiveBlogged)