LOS ANGELES – Aug. 22, 2012 – Thirty-six of the year’s best indie games have been selected as finalists from more than 500 submissions for the 2012 IndieCade Festival.

The developers of these titles will exhibit their games at IndieCade Saturday – Sunday, Oct. 6 – 7, 2012, where the titles will be playable for the thousands of attendees coming to the annual event in Culver City, Calif.

The IndieCade 2012 finalists represent a variety of genres and platforms by independent developers from Australia, Canada, China, Czech Republic, Finland, France, Singapore, Sweden, the U.K. and the United States. One common theme among many of this year’s selected games across a breadth of platforms is multi-player games in which gamers participate on the same screen.

“IndieCade was created to foster the development of, and highlight, the most innovative and entertaining independent games,” explained Stephanie Barish, CEO of IndieCade. “We take pride in spotlighting tomorrow’s hit indie game today. We also love giving festival attendees the opportunity to see these amazing titles.”

The games and developers selected this year are: Guacamelee for Playstation 3 is an IndieCade 2012 Finalist

During the Festival, the games will be exhibited at a fire station in downtown Culver City, as part of the IndieCade Village. Attendees can stop at the registration booth, in the downtown city plaza on the corner of Main Street and Culver Boulevard, to pick up wristbands that will provide access to the fire station as well as a chance to participate in the live-action Big Games. Both activities will be free of charge.

Expanded festival access for Saturday, Oct. 6, is $15 in advance at Brown Paper Tickets or $20 on-site. The expanded access pass allows hands on gameplay at the fire station, participation in the live-action big games, Night Games, access to panels, workshops, entertainment and a vote in the audience award.

Individuals interested in learning about the game development process can attend IndieCade’s Game U, a special conference that takes place on Sunday, Oct. 7, which will cover an introduction to game development tools, processes, roles and opportunities to meet working professionals in the game industry.

Previous IndieCade finalists include Fez, Braid and Limbo, all of which went on to fan and critical acclaim.

IndieCade supports independent game development globally through a series of international events highlighting the rich, diverse, artistic and culturally significant contributions of indie game developers. IndieCade’s programs are designed to bring visibility to and facilitate the production of new works within the emerging independent game community. 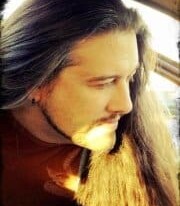 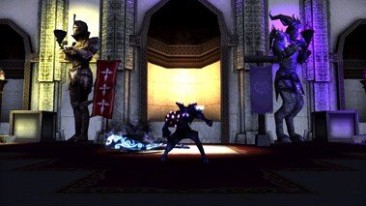