The IndieCade International Festival of Independent Games was held once again at a sweaty Fais Do-Do – along a ramshackle otherwise unremarkable street south of Hollywood. In attendance: a room full of many of the world’s finest or best known indie game developers (or both).

While picking up our press badges across town at the tent village in Culver City, California, where the four-day festival will be held (the first day is only for conference goers via the IndieXchange conference) we noticed that there is a pavilion dedicated 100% to virtual reality. Last year we saw only two entries – Use of Force and Keep Talking and Nobody Explodes – both with long lineups, so this year we look forward to the VR space showing its best thus far.

We will cover all the details in other articles, but for now, let’s get to the official list of award winners for IndieCade 2015!

The Audience, Media and Developers Choice awards will be announced this Sunday. 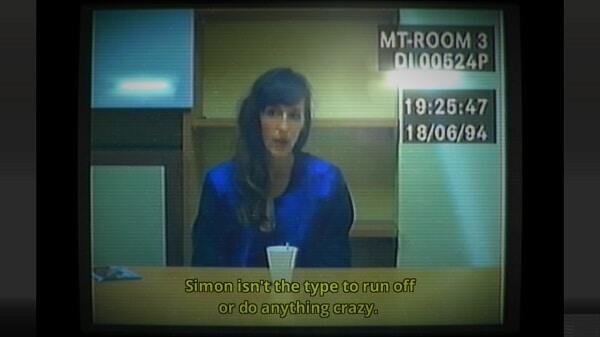 Created by Sam Barlow (of Silent Hill: Shattered Memory fame), Her Story is a brilliant use of full motion video, tasking you to uncover the secrets behind a cold murder case by viewing fragments of a single suspect’s interrogation footage. Actress Viva Seifert’s portrayal of the suspect is compelling, as is the game’s ’90s-inspired desktop interface. 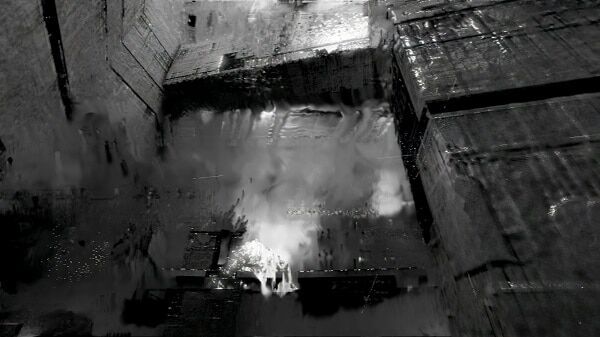 An emulator of a fictional research desktop system, Memory of a Broken Dimension turns your computer itself into a prop, a sort of computer game equivalent to the “found footage” conceit in film. The moody black and white imagery of this game is haunting, just glitchy enough to make you second-guess what exactly you’re seeing.

And it’s another win for XRA’s computer archaeology simulator! Laden with glitches and artifacts, the sound design for Memory of a Broken Dimension enhances the sense of recovering data from a lost research computer system. 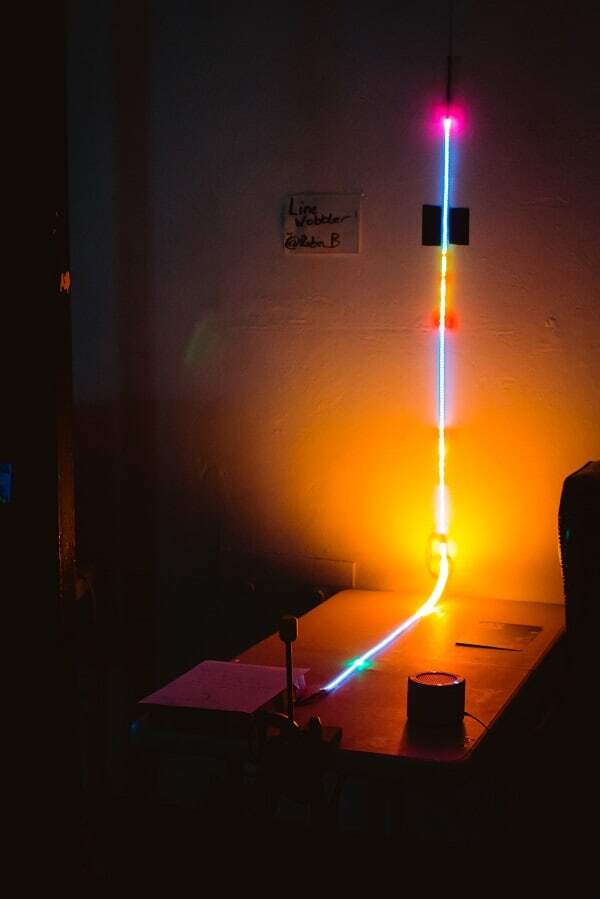 Winning in first year for the new award category “Game Design,” “one dimensional” doesn’t have to be a put-down; it’s the whole point of Line Wobbler, a multi-level dungeon crawler that takes place in a single dimension. How did Robin Baumgarten do it? By creating a unique hardware set-up involving a game controller built from a door stop, a dungeon built from a strip of LED lights, and an Arduino microcontroller to run everything. 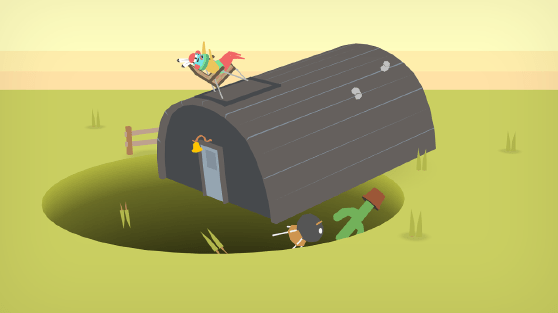 Ben Esposito wins the Story/World Design Award for the way his game, Donut County, tells its story without the use of traditional narrative. A sort of Bizarro World take on Katamari Damacy, Donut County puts you in control of a hole in the ground. Suck objects in, and the hole grows bigger. You’ll use this mechanic to solve a variety of physics-based puzzles. 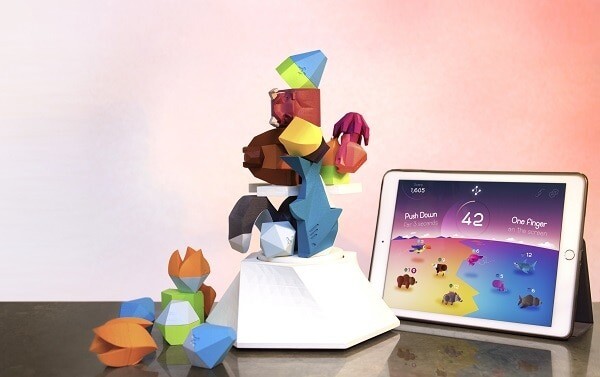 Fabulous Beasts gets the Technology Award for its clever mix of physical and digital objects. Using blocks inscribed with symbols that you scan, you’ll build a tower in physical space and watch it populate with marvelous creatures on your tablet. Combining classic stacking mechanics a la Jenga with ideas from the “god game” genre, Fabulous Beasts is a competitive and cooperative new approach to world-building. 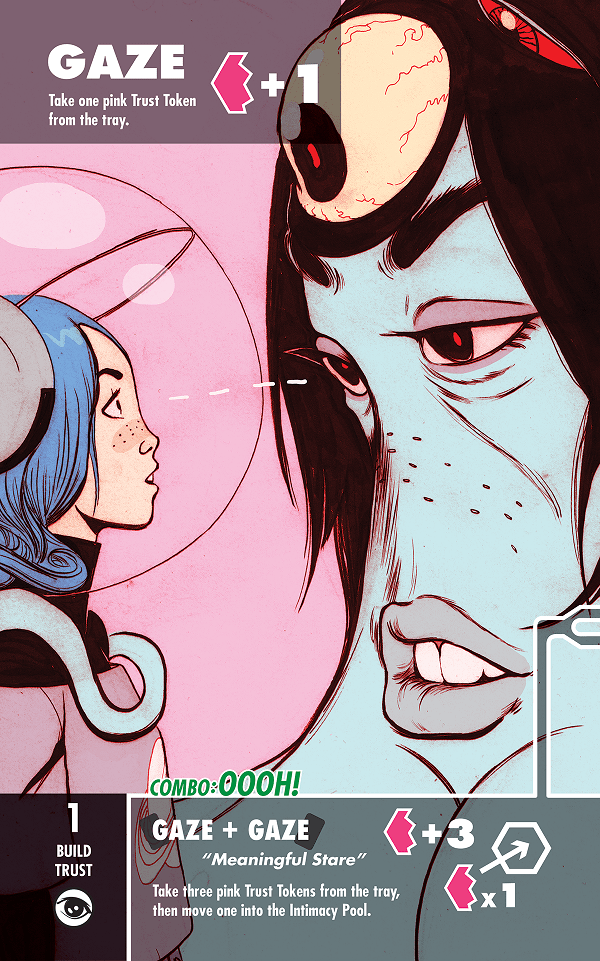 Naomi Clark’s Consentacle is a cooperative card game about modeling a romantic encounter between a human and an alien. The game explores issues of nonverbal communication and sexual consent (as well as attempting to rehabilitate the image of the oft-maligned “tentacle monster”). 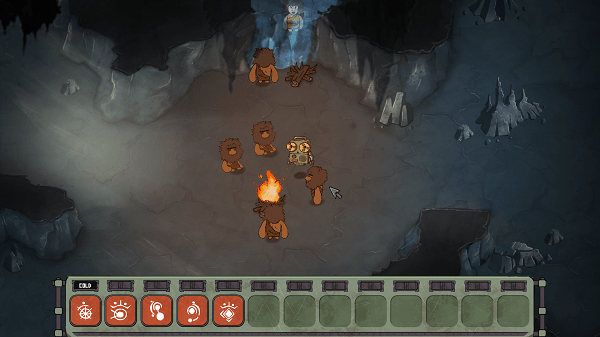 As a time-traveling robot, you’ll need to save mankind by going back to the world of cavemen…but you’ll need to learn their language first. Tribal & Error puts you in the role of robo-anthropologist by forcing you to learn a symbolic language of digital cavemen, then teach them – in their own language, of course – how to survive the coming ice age. 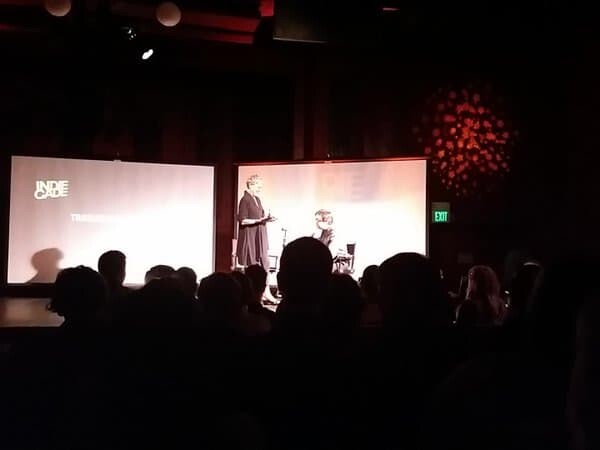 The Trailblazer Award – for “standing on the shoulders of giants and being one” – goes to Brenda Laurel, a VR pioneer, interactive design expert, and leading advocate for developing video games for girls. 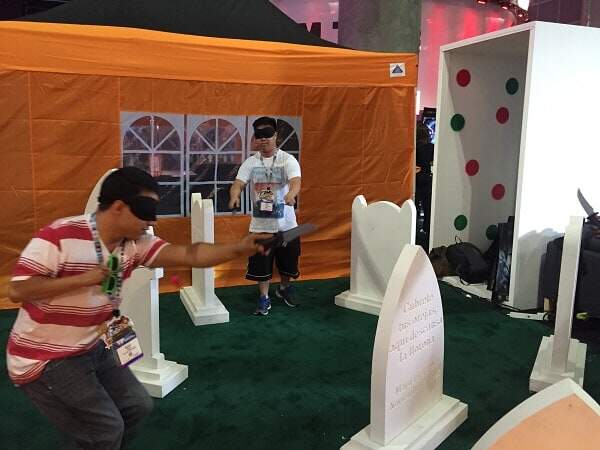 The Developer Award goes to Rose MacBeth, a live action horror game featuring blindfolded victims on the run in a graveyard…spooky!

A Red and Pleasant Land 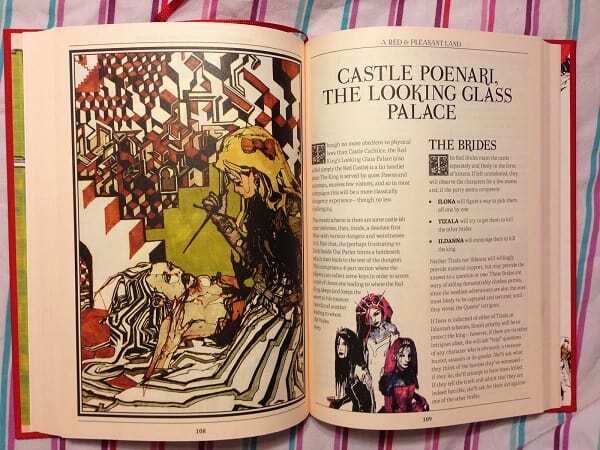 Zak Smith’s A Red and Pleasant Land gets the Special Jury Award. A supplement for role-playing games, this book stands out not only for its clever ideas and unique setting – a dark, vampire-inspired take on Alice and Wonderland – but also its art and design. 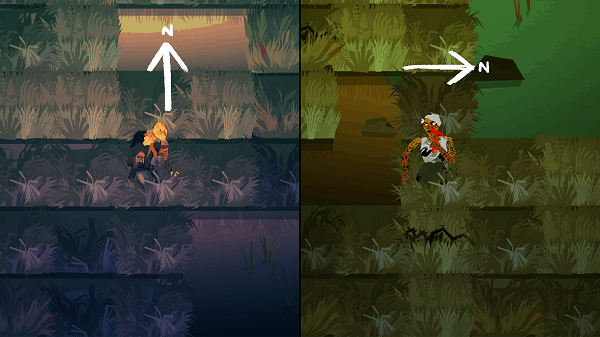 Winnie Song’s Badblood is an extra tense, extra violent stealth and murder game for two local players. See how much “bad blood” you stir up with your friends as you stalk them through the tall grasses in this year’s Audience Award winner.

Designed in part as a showcase for developer Alistair Aitcheson’s giant wireless buttons, Codex Bash combines physical and mental challenges with a series of codes to solve by running between buttons (and bashing them, of course). 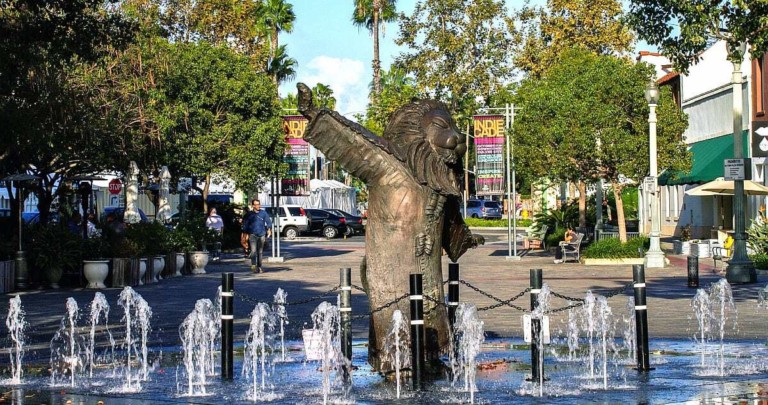 Aboard the Lookinglass
by Henry Hoffman

Armello
by League of Geeks

Her Story
by Sam Barlow

Home Improvisation
by The Stork Burnt Down

Memory of a Broken Dimension
by XRA

Story Warriors: Fairy Tales
by Below The Game

The Meadow
by The Meadow Group

Throw Trucks With Your Mind
by Crooked Tree Studios

Wonderland: A Solvitur Ambulando Mystery
by No Media Kings

Learn about all the games at IndieCade 2015 at the: 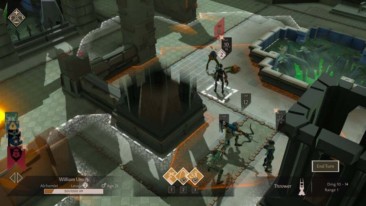