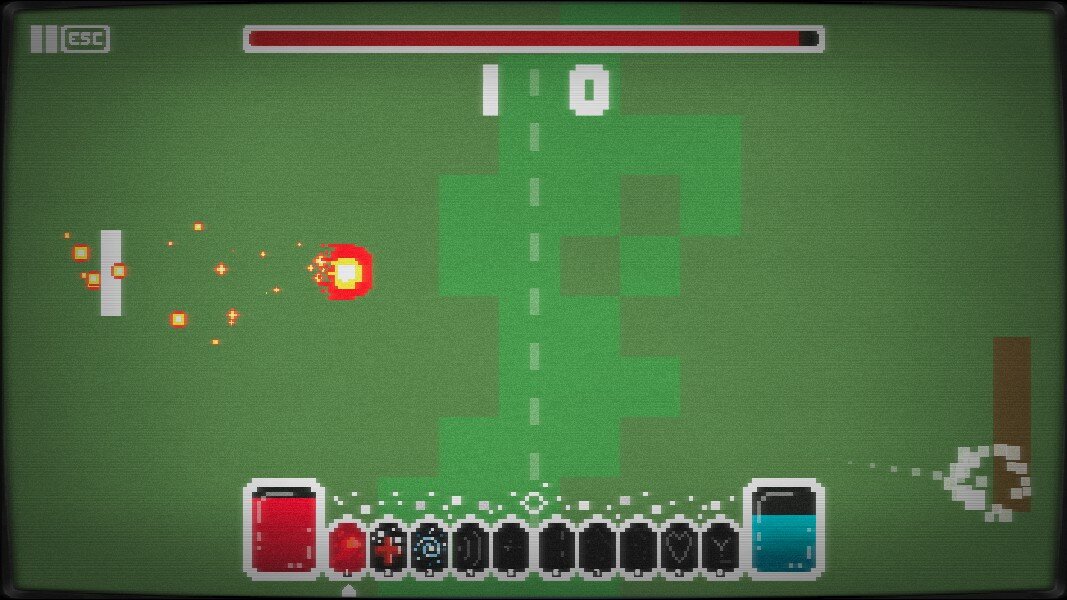 Hypergalactic Psychic Table Tennis 3000 takes the classic simplicity of your parents’ – or possibly grandparents’ – favorite arcade game and updates it with the familiar tropes of RPGS (and JRPGS).

Between the Blade Runner remaster and the Final Fantasy VII remake, I’m not sure the world was exactly clamoring for a new version of Pong, but if other arcade classics can evolve – think about the path from Space Invaders to contemporary Japanese bullet hell games – why not the venerable ping-pong simulator? (Breakout doesn’t quite count, despite sharing paddle-based mechanics.) 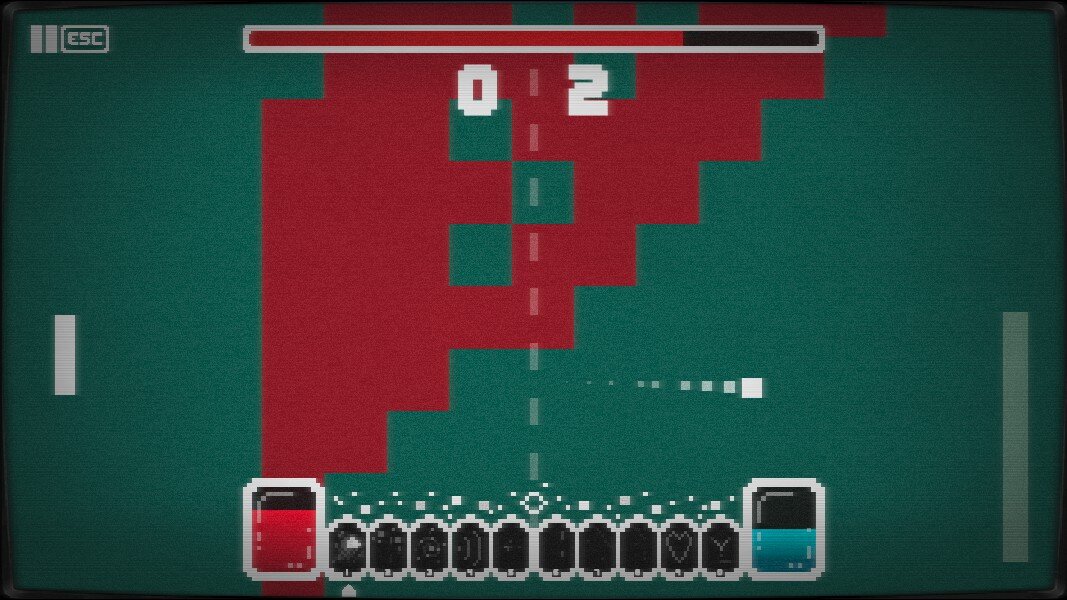 Instead of a simple contest between two ping-pong players, Hypergalactic Psychic Table Tennis 3000 turns each match into a battle. You’ll lose a few hit points each time your paddle hits the ball, but so will your opponent; who will outlast the other? Of course, you can also win a point just by getting the ball past your opponent, in the manner of conventional Pong.

The other paddles you face will range from ogres to werewolves – and weirder things still – and despite all essentially being different variations of the rectangle, they really do feel like unique opponents. The giant paddle that takes up most of the vertical edge of the screen is particularly troublesome. There are also boss fights, of course.

And because this is ostensibly an action RPG, there are spells to unlock, from the useful if prosaic “Heal” to fireballs and ice-flinging, which can do extra damage to enemy paddles and/or alter the trajectory of the ball.

Each field of battle – or ping-pong table, depending on how you look at things – has randomly determined variations, as well, from troublesome portals that teleport the ball to walls of water that douse fireballs. There are even literal minefields.

I Just Play Pong for the Story

On top of the enhancements to the regular paddle-meets-ball action, Hypergalactic Psychic Table Tennis 3000 adds additional RPG elements in the form of leveling up. Each win gives you the option of increasing various statistics, which will unlock new spells or increase the size or speed of your paddle.

More importantly, it’s loaded with flavor text. Win a match, and it’s not just a ping-pong victory, it’s a dance of death over a vanquished enemy, rendered in amusingly purple prose.

And because the people at Blue Wizard Digital are apparently as enamored with the Harvest Moon series as they are with more typical dungeon-crawling fare, there’s also the potential to romance your enemies in a choose-your-response conversation mini-game.

The writing is decent enough to generate the occasional chuckle and enhances the game itself without treating it as a joke. 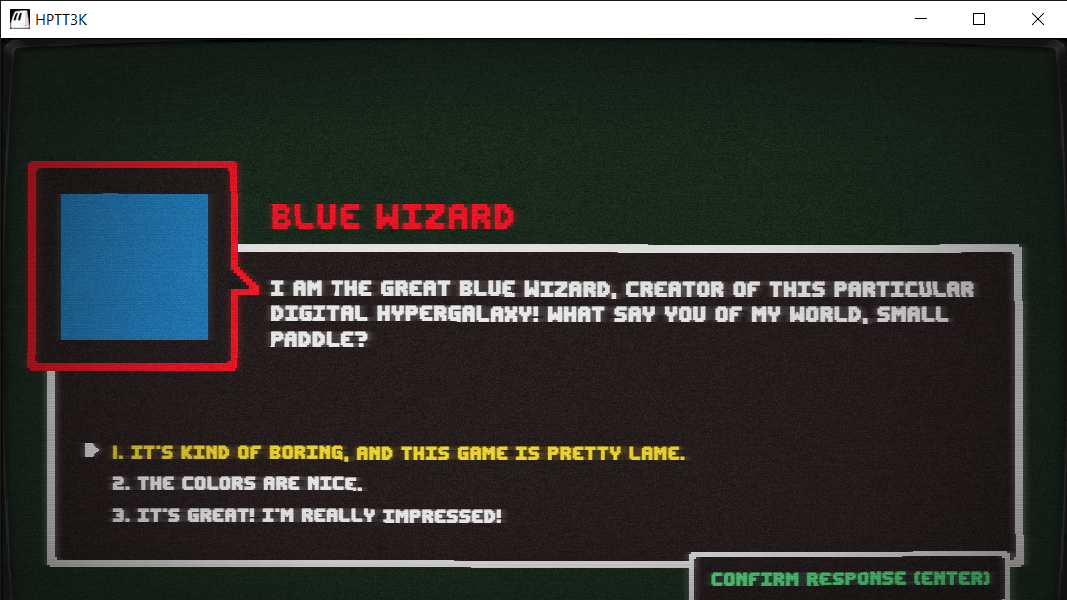 What Happened to Pong?

And that’s the weird thing: Hypergalactic Psychic Table Tennis 3000 isn’t a joke, not entirely at least. Admittedly, it’s not some subversive meta-commentary. This isn’t the Frog Fractions of ping-pong simulators, and any breaking of the fourth wall is done in service of silly jokes, not to evoke existential dread a la Doki Doki Literature Club.

But despite not taking itself seriously, it’s a solid – even addictive – action game, its spell mechanics giving it the flavor of something like Arkanoid while still fundamentally feeling like Pong rather than a Breakout clone. And its blocky graphics and intentionally dull colors – complete with corner curvature to evoke early ’80s CRT televisions – are a fond homage to the Atari 2600.

I went into this expecting something like Pony Island, but this is more like an unexpected mash-up, like that one with Eurythmics and The White Stripes, or the Taylor Swift and Nine Inch Nails one, or any number of weird juxtapositions that have you saying, “This is kind of stupid, but…it actually rules!” 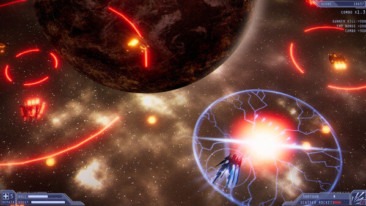 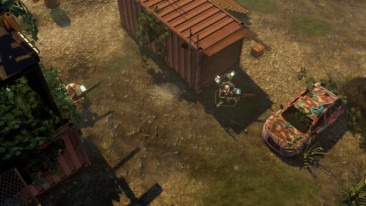