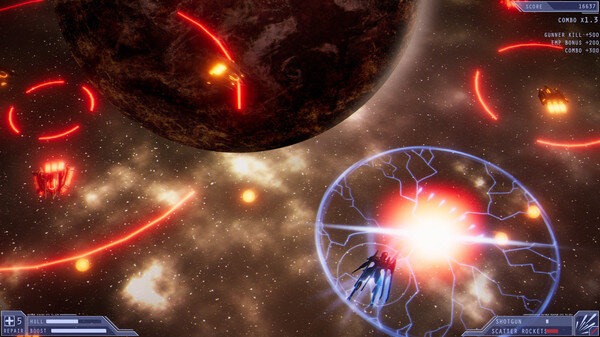 Project AETHER: First Contact is a classic space combat shooter wrapped up in an upbeat anime-styled story. Sitting somewhere between retro arcade action and the bullet hell level of intensity we’ve come to expect in the likes of Ikaruga,

Project AETHER shows confidence in its design goals while providing a range of difficulties for players wanting various levels of challenge.

Straight to the Action

Other than a selection of difficulties, Project AETHER keeps things simple and features only a story mode and a codex of all of the enemy types found in the game. The main campaign offers a level select function for rerunning old missions, and a load-out section allows for modification of the titular “AETHER” prototype: a space-faring combat mech with a small – but ever-growing – arsenal of weaponry. 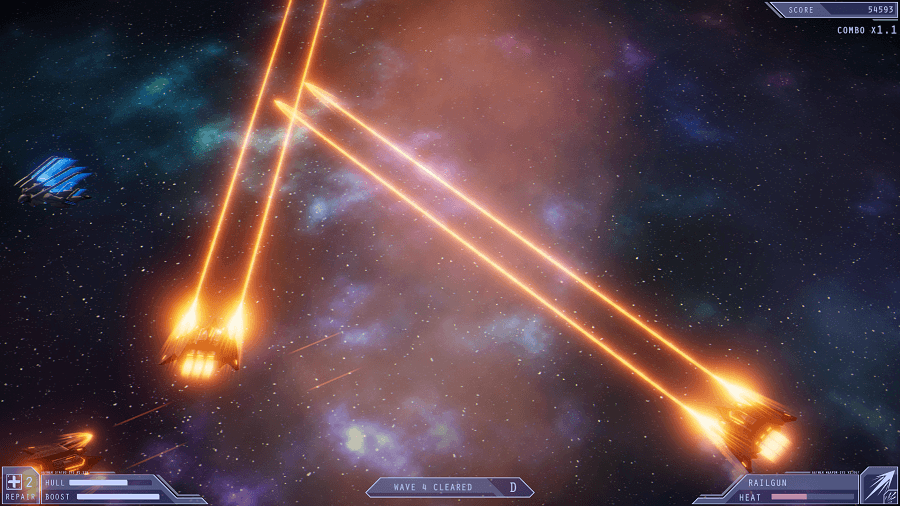 A brief tutorial underscores the basics and I was happy to find this both swift and entertaining thanks to the snappy dialogue. The banter between the characters throughout the game is fairly enjoyable; no Oscars here, but I found myself liking the various anime archetypes popping up in the dialogue window.

Learning to maneuver the AETHER is fairly straightforward if you’ve ever played a top-down shooter, although there are some unique nuances to the combat.

Most notably, shooting most enemies will create an EMP field around the target which can be detonated by flying into it and hitting a button, destroying the target. Depending on equipped gear, this will provide one of a few benefits, ranging from destroying other nearby foes to buffing weapon damage for a few seconds. This is an interesting mechanic; however, I did find it limits gameplay in a way that the developers perhaps didn’t anticipate.

Many of the available weapons only do a small amount of damage, relying on this execution method for effectiveness, so getting into close range with targets becomes necessary. Given that the melee weapon is particularly strong, this tends to lead to an aggressive, short-range fighting style becoming overly prominent. Longer ranged tactics soon fall by the wayside or require combination with aggressive short-range charges to be effective, at least in my experience. All that being said, this does create fast-paced and snappy action. 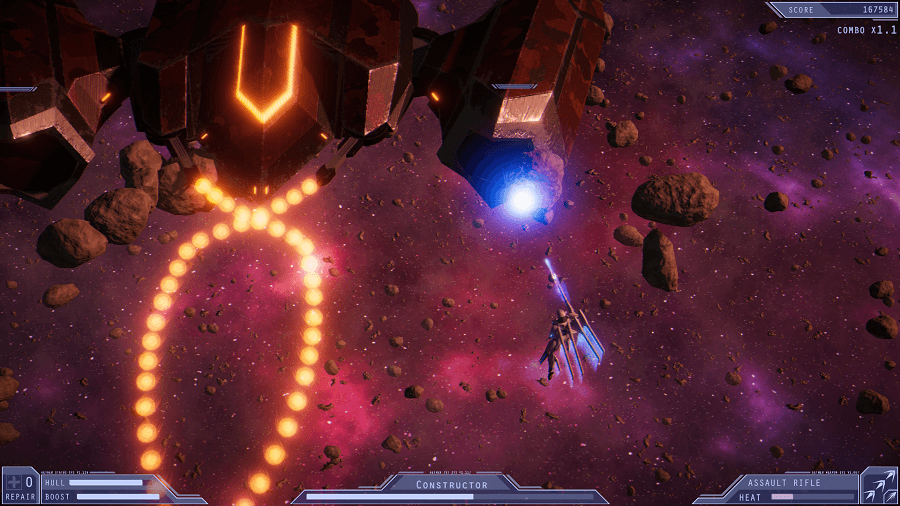 The weapons themselves include machine guns, a heavy-hitting rail gun, a particle beam projector and more. They are all fun to use in their way, but some lack a sense of real punch.

An overheating system forces switching between two weapons and so encourages experimentation or creative methods (the rail gun, for example, instantly kills targets that are generating the EM field created by fire from another weapon – the only means of swiftly executing at long range that I could find).

The enemies, whilst fairly similar in design, do vary substantially in their attack methods. Each level also has a sizeable boss to take down; these range from large assault vessels to huge, screen-filling, planet-busting missiles.

Naturally, the amount of enemies and projectiles scales up through the game until nearly ludicrous numbers swarm across the screen. Anyone looking for a bullet hell experience will find something to love here. 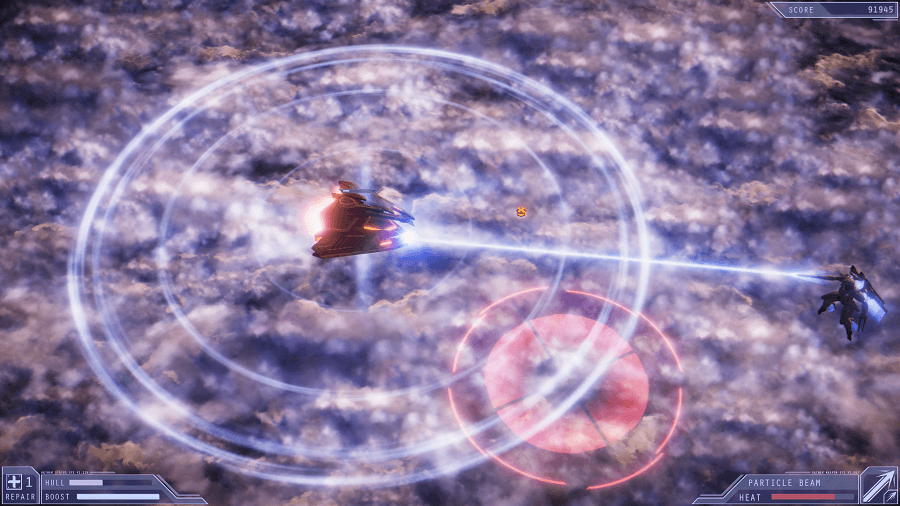 The slick visuals are a boon to Project AETHER, but sometimes the design choices can become a bit repetitive. I also felt that the weapons themselves could do with a little more impact; this could be solved with some screen-shake and punchier sound effects.

Despite these minor issues, the game does, for the most part, look excellent, and the music is similarly strong. This is all backed up by voice acting and character art that helps to craft an enjoyable experience throughout.

Project AETHER is an engaging arcade shooter that features some strong design choices and fun core combat. There are some small issues both on the aesthetic level and in terms of providing more variety in the action. None of this is serious, however, and the charming characters, impressive boss fights and exciting gear upgrades make this a shooter worth checking out.

Check out the official trailer for Project AETHER: First Contact below: 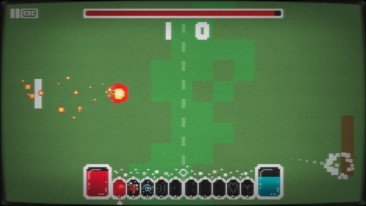