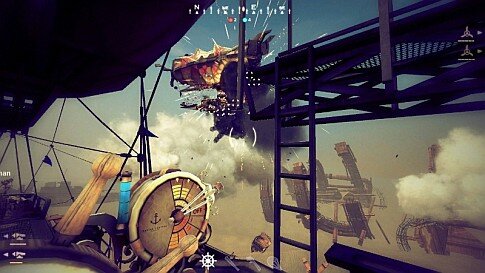 Is Steampunk Just A Skin?

I recently shared a debate with a friend who argued that a short film called The Anachronism was not Steampunk solely based on the fact that two children discover a mechanical squid washed up on the beach. I countered that this Jules Verne inspired bit of tech could be nothing other than Steampunk in its truest form to which his rebuttal was that Verne predates Steampunk by a century.

At the crux of the argument was the question of whether or not Steampunk is merely an aesthetic or some sort of new canon unto itself? I would argue that it is a term created by Steve Jackson, creator of the GURPS paper and dice system to encapsulate many sources that include everything from Jules Verne to Sir Arthur Conan Doyle to Mary Shelley all the way to the wild west robots of Westworld (and its iteration the 1998 film starring Will Smith “Wild Wild West“), Neil Gaiman’s “Stardust” or most of Terry Gilliam’s catalog.

Lest I digress into a protracted thesis on the etymology of Steampunk, I will retrain my opening to underline the fact that many games have drawn upon the Steampunk aesthetic to hype their wares, but very few (including Arcanum: Of Steamworks and Magick Obscura, Myst, Rise of Nations: Rise of Legends, and the Thief franchise) have delivered on their promise to immerse us in its wonders. Many dip their toe in those waters (Warcraft, Final Fantasy, Cogs, Glim) but only in a very superficial way, not in a way that requires the underlying concept of anachronism in order to unfold.

Then we arrive at Guns of Icarus from Muse Games.

Built on the Unity engine that allows 3D gameplay inside a browser, and beloved by indie game developers, Guns of Icarus made its journey to PC gaming from browser-based origins before arriving at Steam as an $8 download.

The game draws on some of the most beloved iconography of the Steampunk lexicon by positioning the player in the shoes of a swarthy zeppelin pilot hellbent on delivering cargo while warding off vicious Sky Pirates who threaten to pillage, plunder and destroy his vessel.

Gameplay consists of running from one of six gun positions to blast the looters’ biplanes out of the sky all the while running to and fro to make repairs on damaged engines, rigs, cargo holds and the zeppelin itself. One level to the next varies only in the number of incoming attackers, increasing the need to manage one’s position on the ship in order to ensure that nothing gets too far out out control to restore things to their proper balance.

All very promising – a word I may use more than once in the scope of this review.

I must point out that as a free browser game, this is unquestionably a fantastic offering; challenging and immersive gameplay that consists of managing priorities so as to arrive safely at the drop off location intact while offering rich graphics and audio to boot.

One might assume then, that as a port to the PC, the rich canvas would be embellished, that Campaign modes would mean storylines added, richer, more varied gameplay introduced, graphics capabilities optimized and exploited. What we get, however, are additional gun choices, some weather patterns, 4 person multi-player mode and some other minor, but ultimately inconsequential additions. What I would love to have seen is not too much to ask (and I put it this way in hopes the developers will consider it still in a future update) might include a backstory, perhaps even a cut scene to give this setting some context and illusion of motive, improved backgrounds: with a wonderful setting like cloud-based naval battles, the opportunity for lush panoramic skies is almost a requirement as opposed to the low resolution pixelated background wallpaper that tears at highest resolution, and variety in enemy models. These are not even gameplay requests, per se, but expectations for a title that asks us to make the leap from free to eight bucks.

There are five gauges at the bottom right of the HUD display at what level a given section of the ship may require your attention. Unfortunately the gauges are not labelled and so they aren’t very useful in aiding your strategy. This is an example for where Steampunk’s typically fastidious habit of labeling and annotating could easily be added without breaking suspension of disbelief, all the while making the gameplay more engaging.

Similarly, when the opportunity to add new guns to the armory is offered in between stages, there is no description of the various guns’ capabilities – this information is only displayed during the actual gameplay when the player approaches the weapon. The game would be far more Steampunkesque if these details were surrendered frequently and at the correct timing, contributing greatly to the feeling that we are in its dimension.

Multi-player mode understandably makes the game more enjoyable, primarily because it is a nightmare to handle both the gunner and maintenance duties alone. Certainly, switch hitting is part of the challenge, but coordinating with a buddy ups the fun factor.  Using the Steam framework for voice chat offers a provisional enhancement, but it isn’t ideal and with the lack of variety from level to level, makes the party a short one at best.

An Appeal to the Devs

I like your game, don’t get me wrong.  It was fun for a round or two.  But I really wanted to love it. So here are some suggestions for the update I hope you will release for the PC version (because as a purchasable title, this feels underdeveloped)

The fact of the matter is these are not problems with the fundamental gameplay which Guns of Icarus has managed to pull off, but rather the opportunities that have been missed by invoking the promise of the Steampunk universe to which we want to be transported and could be so easily implemented. Otherwise this is just a three-dimensional version of Space Invaders or Burger Time.

It isn’t the value or the eight bucks I am concerned with, it’s the lost opportunity to take a good game and make it really good, possibly even great.

Guns of Icarus is available on the iTunes App Store and Steam.

Emberwind – An Indie Game Review of the Whimsical Fantasy Platformer 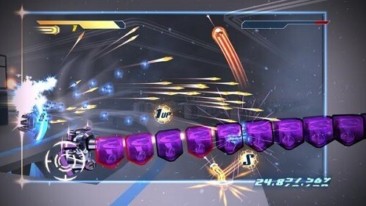