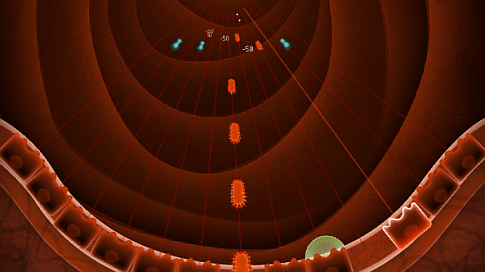 Dysbiosis, a bacterial shooter beta video game developed through coordination between doctoral science students and video game developers, won the Wellcome Trust’s Gamify Your PhD project. Produced by Margherita Coccia’s in conjunction with developers Clockwork Cuckoo and Force of Habit, the game brings the gamer into a battle for digestive health set inside the gastrointestinal tract. As the project winner, the game will be molded into a resale product.

Gamify Your PhD culled six teams of researches from an array of applicants and turned them loose as game developers in this two-day science-meet-gaming contest. Doctoral students in biomedical sciences were paired with development teams and tasked with cultivating ideas that could be realized with the right support.

“The quality of games and ideas produced during this short two day hack is remarkable,” said Daniel Glaser, head of special projects at the Wellcome Trust and chair of the judging panel.

“Gamify Your PhD has created an inspiring and innovative collision of popular culture and science, and demonstrated bold new paths for communicating science. Not all ideas were centered around the digestive tract.”

Other subjects focused on addiction recovery, malaria, reproductive biology and other topics. The ideas were conveyed through shoot-em-up games, puzzles, survival games and other offerings.

We love this idea! If you are an indie game developer, you should definitely check out the Gamify Your PhD link above. And hey look – a whole new batch of legitimately intriguing, science-based indie games you can play for free right now!

Interested in trying out something most certainly different than the usual game fare? Here is the list of winners and runners-up!

Margherita Coccia with Clockwork Cuckoo and Force of Habit
(Download and run the game to play, follow link for instructions)

We have evolved different mechanisms in our intestine to keep harmful invading microbes at bay, while fostering our beneficial bacteria. An imbalance in these mechanisms can put us at risk of chronic conditions, such as inflammatory bowel disease, or increase the chance of dangerous infection. In Dysbiosis the player controls a collection of cells that form part of the intestinal wall, shooting harmful oncoming bacteria whilst allowing through the healthy bacteria. Bonuses allow the player to form a defensive mucus shield which can be further reinforced through contact with beneficial bacteria. Hits from pathological bacteria can eventually breach the wall, ending the game.

RNA Polymerase II is the key enzyme responsible for the transcription of RNA in yeast cells, in a process that requires phosporylation of serines and tyrosines in a specific sequence.  The team decided to put together a pattern matching game based around these chemical reactions and add a little humour – resulting in Monsieur Baguette presents… RNA transcription of Saccharomyces Cerevisiae.

Thomas Forth with Mobile Pie
(Click to play in your browser)

Flux-balance analysis of the metabolic reactions in malaria is a powerful tool for predicting the parasite’s growth-rate in different conditions and in response to different drugs. Simalaria is a resource management puzzle game that accurately reduces a metabolic network with nearly 1000 connections to one with just five important junctions that the user controls. Can you make the right decisions to create enough offspring and survive at the end of the parasite’s 48 hour life cycle? Or will you run out of energy and be overwhelmed by the body’s immune system?

John J Kendall with Remode
(Click to play in your browser)

Campy Command follows ‘Campy’ (the pathogenic bacterium Campylobacter jejuni) as it travels from its initial host (a chicken), into the aerobic environment (in this case a puddle) and onwards to infect a human host. The game starts out in a rhythm-action style as Campy collects amino acids to convert into energy. The second stage centres on protecting crucial metabolic enzymes from damage by avoiding damaging molecules of O2 and collecting protective hemerythrin proteins. The third stage focuses on the human immune response to infection as Campy races through the intestinal tract avoiding hydrogen peroxide, antibodies, macrophages and any other threats created by the host to stop it.

A survivor game emphasising a ‘relational’ conception of the will in addiction recovery, Ulysses Contract comprises a complex interplay of internal and external factors following the environment and people in an addict’s life. The game has 3 levels of increasing difficulty, representing natural recovery, treated recovery and the revolving-door phenomenon. In the 3rd level the player has the option of choosing a Ulysses Contract which boosts the will reserve, making it easier for the player to reach the end of the game.

Gemma Sharp with Thought Den
(Click to play in your browser)

In a rhythm-based parody of Guitar Hero, players must guide their uterus samples through the lab and extract as much high-quality RNA as possible. Each phase of the scientific process is performed by a well-timed key press, and scores are awarded for the number and quality of samples processed. The game is inspired by the individually mundane actions performed in a lab that collectively amount to the proper rigour of scientific method.

What did you think about the games in the list? Share your thoughts in the comments section below! 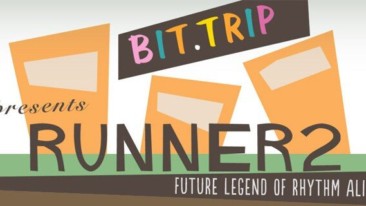