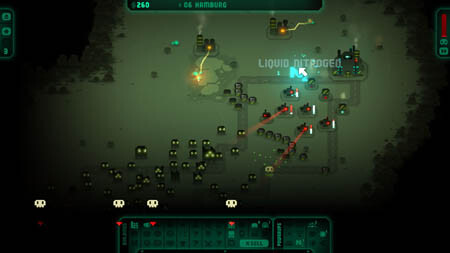 Game Name: Revenge of The Titans

“Construct and command your ground defences in a series of increasingly massive battles across the solar system, in our frenetic arcade mash-up of Real Time Strategy and Tower Defence!”

To call Revenge of the Titans just another tower defense game wouldn’t be inaccurate, but it would fail to recognize the depth of play that has been wonderfully incorporated into this title.

If you played any of the myriad of free Flash tower defenders out there, you’ll feel right at home with RotT. Enemies wander toward your base, while you put weapon emplacements and other buildings in order to keep them from succeeding in destroying your stronghold. What makes this worth paying for is the length of the campaign and the RTS elements that have been blended in, almost seamlessly, by the developers. Resource management is typically part of the genre, but often is just a matter of spending what’s available for any given level, or a slow crawl of incoming funds. Revenge of The Titans makes resources more physical by requiring you to drop factories down and process crystals on the surface. These often have to be defended from enemy forces as well.

While upgrading and purchasing new tower types is part of most tower defense games, RotT has a tech tree deeper than most full blown strategy games. You only gain one new element on the tree after every mission, so there is a lot of strategy in what you choose and when you choose it. Not only can you research bigger and badder weapons, but you can develop more efficient factories, shields, and other cool elements. The visuals of Revenge of the Titans are rudimentary at best, though well polished simplicity is not necessarily a bad thing. Menu and story art appears to be done in Flash with the glow effect on everything and with limited animation. In-game graphics are 8-bit quality. Bases and turrets aren’t complicated and enemies look like the demented cousins of Blinky, Inky, Pinky, and Clyde. I think this will be the make-or-break issue for most people. Either you will find the simple style charming, or you’ll see it as annoying. The story is straightforward enough, as far as I could tell. Aliens are invading and you must defend the solar system. I have to admit, I skipped most of the dialog to avoid having to listen to the Charlie-Brown’s-teacher voice work. If you’re a fan of tower defense games and like the retro-minimalist art style evident in the screenshots you’ll be in gamer heaven with Revenge of the Titans. The fact that Puppy Games was willing to include RotT in the Humble Indie Bundle #2, and was generous enough to release the source code when enough funds were generated by the project, is enough for me to continue support their efforts. 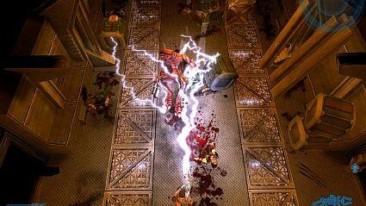 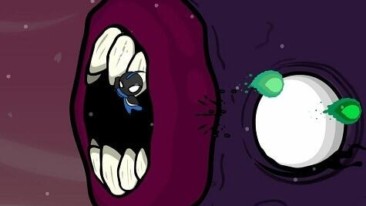