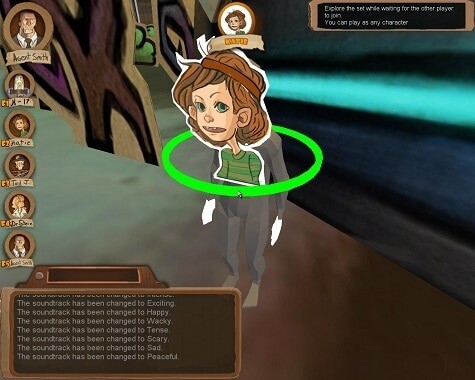 Improviso is a role playing game that focuses on improvisation and role-playing between two players as they interact with each other and the objects in the world to create a personalized experience that is unique to them.

Quick to point out that it isn’t a shooter, Gambit Game Labs has presented an interactive story-telling engine fused with a First Person RPG setting. More experiment than game, the results are mixed, and depend almost entirely on the theatrical investment of the players.

Though the original intent of this article was to review Improviso like any other game, some quick research into the team behind it revealed that the game is really just a small prop in a much larger production. Discussing a project like Improviso is difficult without first explaining the body of research behind it.

Gambit Game Labs is a joint effort between MIT and the government of Singapore. Among their many pursuits is finding a harmony between academia and video game development, all the while striving to produce games as a compliment to standard assignments and theses. The games they develop are highly divergent and often focus more on the study of gamers and gaming culture than on tried-and-true game development tactics.

With forward thinking in mind, the project keeps a keen eye fixed on the history of gaming while keeping on top of current trends and advances in game development. The project website houses links to research papers, essays and seminars (from the team and from heads of industry) covering a wide range of topics including writing stories, marketing, and commonly encountered issues with physics engines.

Ready For My Close-up

Improviso is a story-telling game on the surface, but also serves an ulterior function, as described in Improviso’s Research Statement:

Improviso is a multiplayer game which pairs players anonymously online to dramatize a story together — a story about an encounter with an alien. Our research question is two-fold, with a short- and long-term goal. In the short term, Improviso explores how the user interface and framing of a game can lead ordinary players to engage in dramatic improv, even if they have no prior experience acting or storytelling. The longer term goal is to train an AI system with data collected from thousands of people telling stories together with the same characters, sets, and props. Once trained, this AI system will be able to play the role of one or more characters that can converse and interact with other AI- or human-controlled characters.

Playing the Game: We have 1000 typewriters. Bring on the monkeys!

Players are guided through a quick tutorial before they can progress. All interactions for both players will be handled using the mouse and keyboard. Right-clicking and holding the mouse will move the player forwards. By left-clicking items and characters, they become the selected element. A pop-up menu will provide the director with a host of options. Pick up a syringe, and it can be used on other players. Drop a weapon to indicate a surrender.

Each story will involves two players, one who assumes the role of the director, and one who must play the role of Ted the reporter (the Actor). Ted will have his basic goals listed on the clipboard at the beginning of each scene. Unable to change characters, delete props or drastically alter any of the game elements, a player controlling Ted will have to satisfy the director with his dialogue (input by typing at any time and hitting the Enter key) and use of props. This all hinges on who is sitting in the director’s chair. If the director isn’t impressed with the player’s choices, the show can grind to a halt. In fact, the director can shut down a scene at any time on a whim.

The player in control of the director is tasked with everything else. This includes maneuvering all other characters (one at a time), running sound effects, changing music, and changing or deleting objects. It makes for a lot of work, especially when squaring off against an Actor willing to deliver an over-the-top performance. The plus is being able to direct in any style ranging from Michael Bay flair to Dadaist minimalism (though the choice of scenery is fairly static). Is the creepy music just not doing it for this scene? Change the music to something a little jazzier. Explosions and weather effects are all just a button click away.

There are a finite number of text based responses that are allowed within the scope of a scene, so although creativity is encouraged, players will also have to stay focused on the main plot of the scene. Once a scene has reached its conclusion, players can read a transcript of everything that occurred in that scene before preparing for the next one.

Too Close to the Stage

Keeping in mind the experimental nature of Improviso, there are still several game design choices that warrant criticism.

All characters in the game are comprised of a basic three-dimensional human rigs wearing masks. All props are two-dimensional prints on a slab of cardboard. Though the obvious effort is to create a B-movie feel, this setup would likely discourage Ed Wood. Some better costuming could have been employed without diminishing the cheese factor, and a whole third dimension could have been added to the props. Controlling No-faces toting cardboard props quickly gets in the way of willing suspension of disbelief.

Waiting online for a second player can take some time. The game will inform the player when the best time to find other players is based on his timezone, but even logging in at those times won’t guarantee finding a co-op partner. I finally had to enlist the services of LadyFim to play my Ted the Reporter as I took the Director role for a spin. Playing the game by yourself is pretty pointless, and once a player has explored the set, even long-winded, angry conversations with alien “probes” will not hold their appeal for long.

IndieGameReviewer reviewed the story-telling game Sleep is Death last year, and found it to be a highly engrossing experience. The ability to customize the experience had a lot to do with this, and sadly there is no room for out-of-the-box creativity here. User-generated-content was likely never a goal for the team behind Improviso. Though there are a variety of scenarios to act through, the players will always be on the same sound stage performing parts of the same movie.

Having so much of the game depend on the director should make for some interesting research. A story creator that relies so heavily on two-player interactions with one character pulling the most weight seems like a gamble. Will players find enough to do as Ted the Reporter, or will there be a glut of players wanting to direct, with no one willing to act. There’s also the prospect of “Cranky DM” tactics derailing a story when a director can’t keep up with the demands of the Actor. Flip the coin, and the most anticipated pitfall of playing the actor in a game like Improviso is a lot like the one risked by playing Chat Roulette: chances are, you end up talking to a dick.

What are you doing, Dave?

The prospect of using player input to strengthen AI text responses could prove quite useful. Given the rigid constraints of a scene, coupled with an invitation to improvise dialogue could provide thousands upon thousands of specialized lines of dialogue for future “Area 51 cover-up”-type adventure games. Similar pools of dialogue could be collected for any genre with a change of backdrop and character masks.

While the results of the experiment may never be known outside of Gambit Game Labs, it’s fully possible that the work done could influence future titles, maybe even providing key dialogue parameters to interactive NPC characters. A fine example of theory and practice working together, Improviso is a free story-telling RPG that makes for an entertaining experience, even if it never gets past the rehearsal phase. 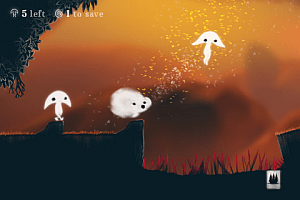 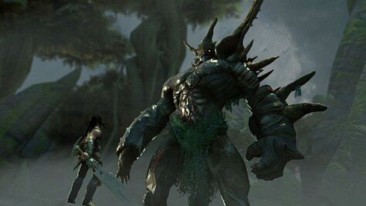