This game is based on ancient Persian mythology bringing to life the epic battles of the mythological hero, Garshasp, in the ancient lands against the evil monsters. You play as Garshasp himself, the strongest man in Persian Mythology, in a journey to revenge and reclaim the legendary mace of his ancestors which is stolen by the Deevs. A journey which proves to unlock more significant hidden mysteries. The main mechanics of the game revolve around melee combat, platforming and exploration.

The opening scene of Garshasp portrays the hero as young warrior looking to create a legacy for himself. This engaging opener lunges forward into an apparently clear sense of plot direction. But shortly after you first steps along his journey, you hit a few walls with the ‘artistic style’ of the game; I am all for art in video games and I even encourage it but some things that the developers openly claim as ‘artistic choices’ just seem like laziness to be honest. For said “artistic choices,” the camera lacks controls and though I realize other games may follow this design concept, a lot of these other games are “triple A” titles for major consoles. Garshasp is a PC game that can be played with only a keyboard, which can sometimes be a good thing, but in this case seems to get in the way of the action. Though unique in it’s programming, (an in-house engine on top of OGRE 3D for graphics rendering, Physx for physics and OpenAL for audio) one would think that with all this technology from the leading edge in the game industry would lead to an eye-popping experience. Sadly, this isn’t the case.

Let’s start with the story: it’s decent but rather under-done. Whether the game tries to pull you in with a certain archaic wording or if this is just a bad translation is up for debate, but the times it actually works, are rare. I really wish developers would learn that great graphics in cut scenes only work if the storytelling therein remains consistent throughout the gameplay.

As I played navigated the world of this single-player RPG action adventure, I couldn’t feel more alone; you never talk, there is no discernible character development and by the end of the game I was left wondering why I should care if Garshasp gets revenge of the death of his brother whom I witnessed killed in the once promising opening scene. The missed opportunity is that the game succeeds in making one want to connect to the characters, but ultimately, our hero Garshasp is left as an empty shell with a sword. Insofar as the actual gameplay, it’s great when it works but usually it doesn’t. Many opportunities are missed, considering the in-house engine. In spite of linking several great engines together, the potential for a polished, smooth experience feels slammed together and rife with rough edges which wouldn’t be a problem if the game typically worked as it should. Two-thirds of the people I know personally who bought this title complained about a failure to launch. And to restate my own experience, the physics and rendering engines just never tied together; in a dynamic game with so much jumping, wall climbing and dodging it seems a major flaw that the physics fail to synchronize with what is happening onscreen.

Regardless, I did manage to hack my way through to the final boss in spite of the difficulty induced by the programming bugs. Attempts to block, strike or dodge always seem to lag, strike in the wrong direction or – in the case of dodging – the physics just don’t seem to connect in an intuitive fashion.

There is a rage system in place which I found rather boring because I would just fill up my rage meter as fast as possible then use area of effect attacks to finish off any enemy. Some enemies can be quickly dispensed with by hitting the ‘e’ key to initialize a “quick time” event. I found myself initializing these quick time events just to instantly fail them because I wasn’t exactly ready for a key press. Though this could be a fault of my own, I quickly learned to avoid this tactic. Either way I ended up resorting to spamming rage-based attacks simply because they worked about half the time, which proved to be more successful than most other methods of attack. All told, the game isn’t very fun a good portion of the time and though the story is satisfactory, it’s nothing for which I’d dispense with over $10. As a matter of fact, if you wanted a good story I’d recommend reading a good old fashioned fantasy novel. Though the graphics appear impressive on the surface, they end up being scattered and rare.

The overly challenging also tutorial features a message box that completely pauses the game and will not go away until you hit a keyboard key.

The game developer is from Iran which is rare so I figured it was worth a mention but don’t let that pull you in or let it spoil you for other game developers from the middle east. The game is a bit below average but if you see it on sale for 3-5 dollars feel free to give it a whirl, just don’t expect much. 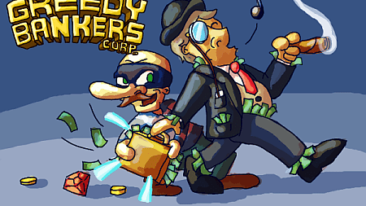 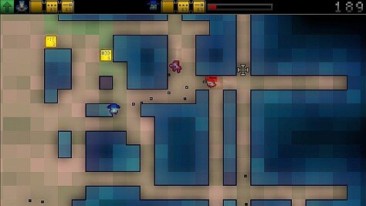